Opinion - Simon Bridges' and Jami-Lee Ross' assertion that two Chinese-New Zealand MPs would be "better" than those from the Indian community shows the intoxicating nature of money. 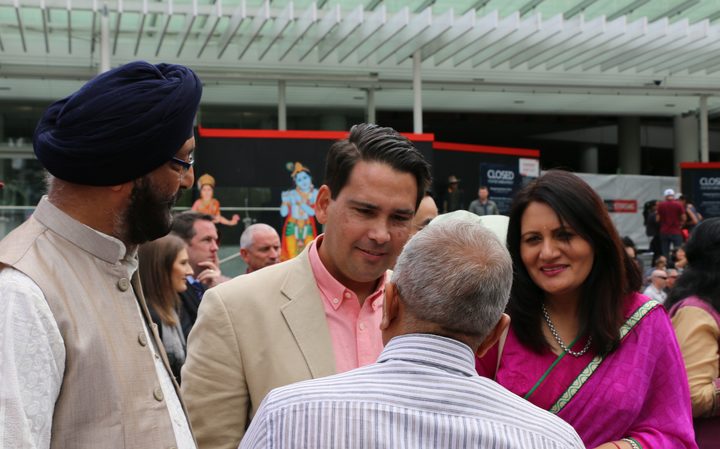 It demonstrates absolute disrespect towards individual merit or the collective value of an entire community, leaving aside the genuine democratic aspirations of the Kiwi-Indian community.

While there is a temptation to lament the dirt thrown upon the Kiwi-Indians, the perils of all-pervading Chinese money is more worrying for our country's politics.

Yes, the brazenness of a conversation by two highly placed politicians about giving a rite of passage to two Chinese MPs shows what money can do to political will.

We need to exercise caution to not be automatically paranoid about money from ethnic donors. But caution should not be confused with political naivety.

Influence under the guise of political donations and MPs who have tangible links to the China Government is definitely the elephant in the room which neither National nor Labour are ready to acknowledge.

Ever since New Zealand became the first developed country to forge a free trade alliance with China, New Zealand's collective will and international reputation of doing the right thing has dramatically eroded.

On the geopolitical front, New Zealand is demonstrating an unusual insistence on rejecting the newly-minted Indo-Pacific region, keeping instead the old Asia-Pacific.

This raises the question about whether Chinese money is influencing all decision-making, beyond domestic politics.

The effect of the unrestricted flow of Chinese money across the entire political spectrum here is slowly gaining traction on domestic and foreign policy choices.

But the question that needs to be asked is: Does it serve our long-term national interests?

*Sandeep Singh is the editor of the Indian Weekender, an Indian newspaper in New Zealand. He has studied International Politics at Otago and Deakin Universities.