Opinion - In this series, 'How to win an argument about', writers look at both sides of a story you might be debating at the office, or at the pub tonight. This week, By David Cohen looks at Primetime Minister Jacinda Ardern. 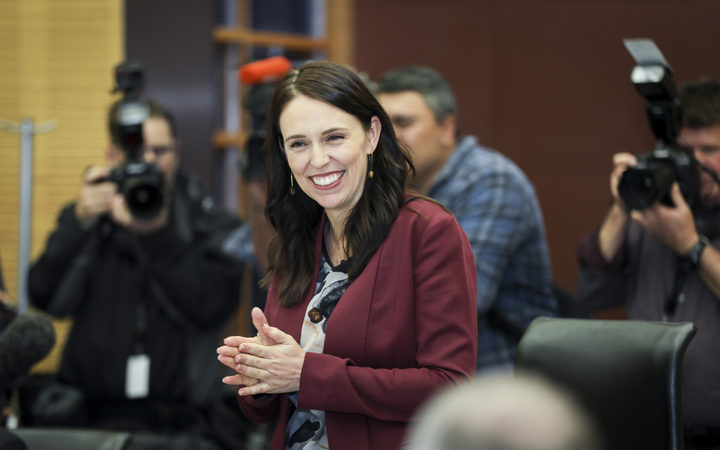 Prime Minister Jacinda Ardern has added yet another plum appearance to her sprawling media portfolio with a spot on late-night American television with the popular talk show host Stephen Colbert.

What on earth could anyone say against - or indeed for - that?

Suddenly, or so it seems, Ms Ardern - and by association the nation she manages - is everywhere in the international media. There hasn't been anything like it since the Te Māori exhibition back in the early 1980s. We see her here, we see her there, we see her everywhere - and, just as importantly, so does everyone else. Do you recall the time when the venerable New York Times turned over acres of its editorial real estate to worshipfully profiling Bill English? No, neither does anyone else.

New Zealand's reputation can only be strengthened by the newfound - or should that be "newsfound"? - ubiquity of such an appealing political brand ambassador. If Lord of the Rings has pulled in high-spending tourists from places such as the American heartland, how much more will the appearances of an attractively youthful, intellectually energetic social democrat strutting her cultural stuff on the best media stages? As former prime minister John Key says, it can only enhance the country's visibility.

Away from almost uniformly positive global coverage, Ms Ardern's editorial forays closer to home have had a serious point. Take her guest editorship this past week at the New Zealand Herald. The country that first gave women the vote has been notably stingy when it comes to giving any of them the premiership, with only two women having ever led a political party to victory in a local election and one more securing the position while in office - a point delicately underscored by the recent Herald stint.

Winning the editorial sweepstakes in the English-speaking world, and beyond, has also meant that by association important international attention to issues that most New Zealanders care about but rarely see covered away from home. Yes, the puff piece by Maureen Dowd in the New York Times may have been a bit much, but what about the attention the same masthead devoted elsewhere to the current challenges in revitalising the Māori language?

On the other hand…

Turning editors heads is all well and good, but at least some of these interludes don't appear to be ending happily. On the week of her guest editorship at the New Zealand Herald, for instance, Ms Ardern also managed to badly mangle some rather critical economic data - definitely a no-no for a premier. Do you recall the time when Mr English stumbled over the difference between GDP figures and Crown spending? No, neither does anyone else.

The actual value of having media profile tends to be vastly overrated and celebrated largely by those who, by a remarkable coincidence, also happen to work in the news business.

Tourism returns? Sure, there has been plenty of Hobbit tourism magic over the past decade. But the idea that Hal and Becky from West Virginia are going to spend a portion of their life retirement income on a trip to New Zealand solely because they saw Ms Ardern on a late-night comedy show seems far-fetched - even more so than the (unprovable) claims along similar lines made about John Key's appearance on the old Letterman Show. More likely they would be inspired to stay home. Or go to Montana.

Yeah, nah. Our primetime minister campaigned on reducing child poverty, ending homelessness and improving home affordability, among many other worthy social goals. Alas, according to a less-than-impressed editorial in the latest Listener, rather than fixing things, "precious time and effort are being poured into 'scoping', including new indices to measure poverty and well-being. Consultation and risk-assessment are vital, but there's such a thing as too much homework." Not to mention booking in too many international media appearances.