Opinion - Chelsea Manning is a hero - someone who should be welcomed to New Zealand with open arms and mind (and a special direction visa). 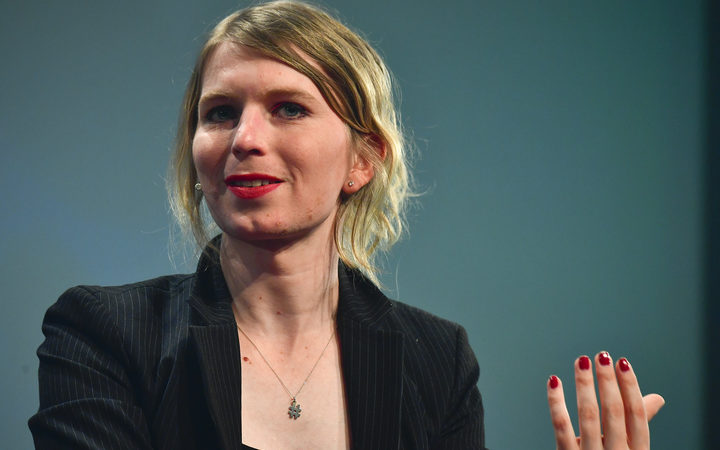 Chelsea Manning speaks at a digital media convention in Berlin, on May 2, 2018. Photo: AFP

Tickets are being sold to two events next month to hear Ms Manning speak, but the National Party said they wanted the government to ban her from entering the country.

Ms Manning and those brave citizens that have come before her, and those that will surely follow, add to a healthy modern democracy where the things she is likely to talk about provide powerful examples of what it means to be a citizen.

Her back story and life journey represent the archetypal example of a citizen who awakens to injustice and decides to do something about it - at immense personal risk and cost. There is valuable insight to be had - regardless of where you sit in terms of judgment of her behaviour and convictions whilst part of the US military-imperial complex.

At its heart, this is very much a free speech issue - contrary to the view of some commentators and politicians trying to stop her speaking in New Zealand by "de-platforming" her.

Visits from people like Ms Manning are critical to a functioning democracy. They advance it - not threaten or diminish it.

Citizenship is a bundle of rights and freedoms - but also duties. Responsible citizenship - that is, citizenship which the citizen plays an active role in the development and maintenance of society - goes to the heart of what it means to be a New Zealander.

Speakers like Ms Manning challenge and enlighten by getting citizens off their 'backsides' and debating the issues.

Ms Manning has exposed some of the most flagrant abuses of power in modern times. The fact that she was convicted in the United States is a sad indictment of that country's approach to human rights.

Ms Manning had her sentence commuted by former US President Obama. Under US law, she has paid her debt to society - as assessed by the US criminal justice system. Her convictions still stand - that now seems to be the basis of the National Party's opposition to her visit. There is no identifiable risk or threat to New Zealand or elsewhere.

There is no principled basis for opposing Ms Manning's visa on the basis of her conviction. Indeed, one can ask whether the National Party would also have opposed Nelson Mandela from speaking in New Zealand in 1995. What about the string of rock stars and others with convictions given visas?

History is resplendent with examples of people breaking laws that were later found to be unjust, designed to enable the powerful against the powerless - or simply irrational.

Ms Manning can bring an enlightening narrative that can add to our understanding of the world in terms of military and empire activity (and much more).

This is not someone who is on the gravy train regaling the masses with criminal exploits but rather a woman who has the potential - through the sharing of their very human experience as a citizen - to enable and enhance the communities we live in along with democracy itself.

* Dr Thomas Harré is a specialist in transnational criminal law, particularly in the area of human trafficking. Thomas combines legal practice with academic research, and has published and presented widely. He has provided advice on issues of forced labour and human trafficking in a number of cases in New Zealand and throughout Southeast Asia.