Finally Mrs May, Britain's Prime Minister for less than two years, has lost control of the kitchen and cannot keep the lid on things. Too many other ambitious cooks surround her. 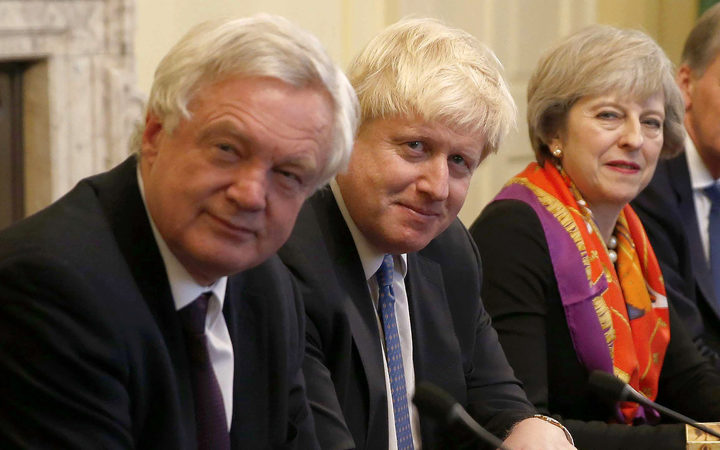 Boris Johnson, her Foreign Secretary, has now resigned from her government following the resignation yesterday of David Davis, the minister in charge of Britain's negotiations to leave the EU. A question really of night following Davis.

The challenge to her authority is on.

It became apparent that the level of trust between the PM and her Cabinet ministers was almost nil when at the unveiling of the nearly last minute government's EU negotiating paper - at a weekend gathering of the Cabinet in the PM's Agatha Christie style country house - every Cabinet minister's cell phone was confiscated for the duration of the discussions. And until the PM had got her statement out first they didn't get them back.

There may be other resignations (Davis' junior minister at the department for exiting the EU has also resigned). Davis said that the government's approach to the EU was wrong and left Britain weak and half in and half out of the EU. But though he did not support the policy he supported the Prime Minister in pursuing it. Squaring the circle.

Johnson's resignation no doubt came after a day of privately writing different papers supporting and opposing the policy and his resignation or not. He did the same when it came to supporting or not supporting the Leave side of the EU referendum. Eventually he concluded that his personal purposes were best served by supporting Leave.

A very substantial number of his own parliamentary Conservative Party believe Johnson is entirely in it for himself. His resignation letter was as portentous, pompous and sub-Churchillian as he could make it. Britain was reduced to the status of a "colony" in the EU he said and the "dream was dying" under the government's negotiating position. The dream, one MP cruelly described, of returning Britain to the 1950s. 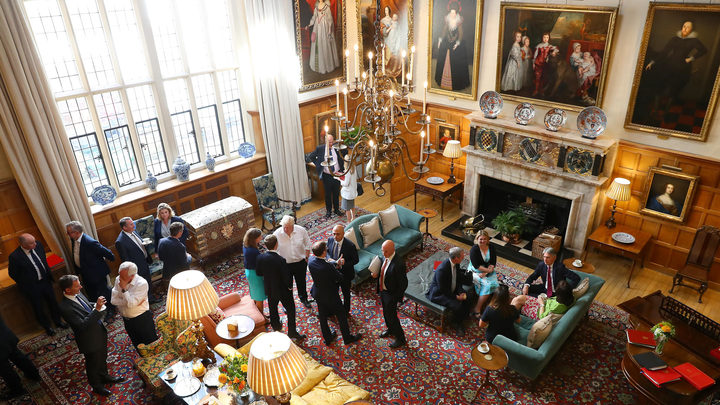 So what now? Mrs May shows a determination to hang on and she probably has the support of the majority of her own party in parliament. But a leadership challenge requires only 48 MP signatories out of the 300-odd Conservative MPs.

There are probably 60 or maybe 70 Conservative MPs altogether who are sufficiently ideologically motivated to vote against the PM because the EU policy proposed does not mean a total break with the EU.

Their overriding fear is that the government would fall should their party vote actually unseat the PM, or damage her that she resigned. That might mean a minority Labour government led by Jeremy Corbyn, something they fear and loathe more than the total bankruptcy of Britain leaving the EU without a deal. A general election so soon after the last (April 2017) inconclusive one is not, in the opinion of most MPs, on the cards.

Corbyn himself has more or less sat on his hands over the Tory EU debacle for two years. And why not? They seem to be doing his job for him.

But his position is almost as equivocal as the government's. And his party is as divided as the Conservatives on what sort of deal is desirable. Last month 95 Labour MPs - about a third of the parliamentary party -defied the party whip to abstain in parliament and voted both for and against the May position on various amendments to legislation enabling the government to move forward with its proposals for Brexit.

Where does all this leave the negotiations for Brexit? The EU is left in a limbo and more than likely will agree to extra time - in years- for a deal to be negotiated with an underlying optimism that since the UK cannot agree on an exit approach maybe, just maybe, the country won't leave.

In the meantime if there were another general election, Gareth Southgate would undoubtedly be elected PM. Football is so much easier for 20 million English people to understand.