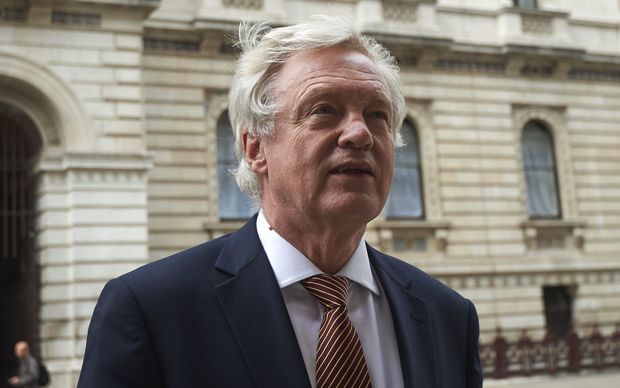 His resignation comes days after Theresa May secured the cabinet's backing for her Brexit plan despite claims from Brexiteers that it was too "soft".

Mr Davis was appointed Brexit secretary in 2016 and was responsible for negotiating the UK withdrawal from the EU.

A Brexiteer hailed his resignation as a "principled and brave decision".

Conservative MP Peter Bone said Mr Davis had "done the right thing", adding: "The PM's proposals for a Brexit in name only are not acceptable."

Labour Party chairman Ian Lavery said: "This is absolute chaos and Theresa May has no authority left."