Analysis - Like many Aucklanders, I want to believe that a "world-class" transport system is do-able with the proposed $28 billion budget, over the next decade.

Then I catch my bus home, and am left wondering how the same coalition of organisations that deliver the 125X service can also bring us transport nirvana. 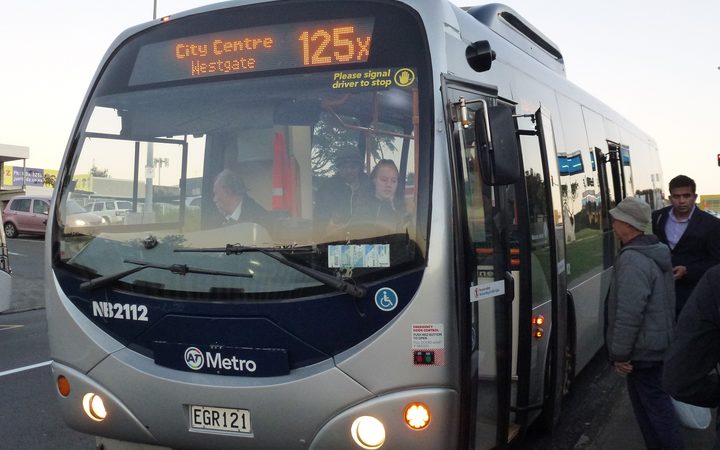 The failings of the 125X experience - my commute of choice for several decades - underline that money alone will not prise Aucklanders out of cars.

It's a long haul, theoretically nearly two hours from Helensville to the CBD.

There are long stretches of rural highway, fast-growing suburban communities like Waimauku, Kumeu, and then through the north-west transport hub at Westgate into urban Auckland.

It's not so much the little things that grate, like stops without shelters, or the overloaded roading network out of Kumeu where it can take up to 20 minutes to cover 3km.

Nor that nearly a year after the service was revamped, the new interim bus hub at Westgate doesn't yet have functionning real-time information displays, or that the CBD set-off point still doesn't have a roof on its shelter.

Or even that the official route through the Westgate hub takes a puzzlingly long detour into congested Don Buck Road, rather than the shorter, direct route that drivers have to figure out themselves. 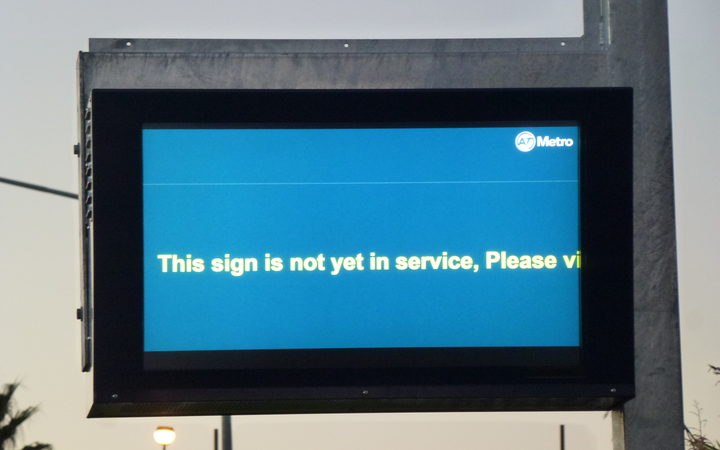 The real frustration is when the bus reaches the northwestern motorway at Westgate. NZTA territory.

The government's transport agency is set to play a much bigger role in Auckland, taking on the job of delivering the multi-billion dollar investment in a light rail network, possibly along that motorway.

Its northwestern motorway is in the latter stages of a major rebuild, part of the wider $2.4bn Western Ring Route project, including bus lanes on the shoulders of the 13km stretch between Westgate and Waterview.

But the execution has been half-hearted, and the focus on public transport questionable. The first section of bus lane was completed in late October 2011, between Westgate and Royal Road.

NZTA planned to leave it uncommissioned for eight to 10 years until the rest of the motorway project was completed.

After more than two years, and some arm-twisting from Auckland Transport, NZTA overcame its insistence that it would be unsafe to use the bus lane. Opening it instantly cut bus journey times by up to five minutes on congested mornings.

The rest of the shoulder lane system is now complete, but NZTA won't allow buses to use the sections near interchanges, meaning the benefit is limited, as buses have to hop in and out of peak-hour general traffic lanes. There goes another five minutes or more of potential journey time savings, and consistency.

The rest of the motorway from Waterview to the CBD has no bus lane, even though there appears to be space for one. And that stretch is where AT re-routed the 125X in last year's revamp.

It no longer uses the dedicated bus lane on parallel Great North Road with its guranteed journey time. Instead, buses have to take their chances in general traffic on the motorway; sometimes quicker, often not. 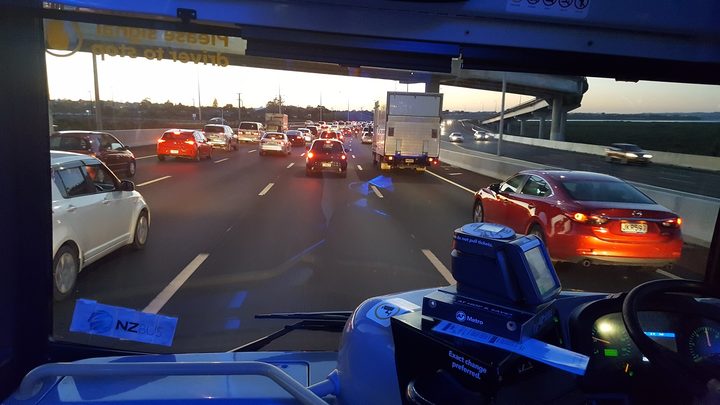 Revamped on-ramps are also a time-consuming hurdle for the 125X. At Westgate, the new on-ramp features two lanes for general traffic with a traffic light 'onramp signal' regulating access to the motorway at peak times.

The buses have no priority, and can spend up to seven minutes queued with cars, waiting to clear the ramp signal, and reach the first section of shoulder bus lane.

NZTA insists it is prevented by legislation from varying the onramp design to provide one lane for general traffic, and one for buses, with the ramp signal adjusted to increase from the flow from the single car lane.

A bus lane is planned for the Royal Road on-ramp further along the motorway, but the interruptions to the shoulder bus lane will remain.

The 125X experience underlines agencies out of touch with public transport users' experiences.

Uncertainty about when a service will reach its destination is a big turn-off, and helps people believe they are better off in their own cars.

The many failings each appear relatively cheap and simple to fix. The cumulative effect could trim up to 15 minutes from peak hour journeys, making the route to one of the fastest growing areas of Auckland more efficient and appealing.

There's plenty of interest among the agencies - NZTA, AT and the council - about what they could do with an extra $28bn of public money over the next decade.

However, those on the 125X may wonder daily that if today's simple problems can't be fixed, what that says about the ability to deliver a world-class future.