No, former US president Barack Obama's visit to New Zealand will not go down as historic, significant, or even mildly interesting. Compared with Bill Clinton's visit here in 1999, Obama's fly-by was about as newsworthy as the launch of a new Nike range. 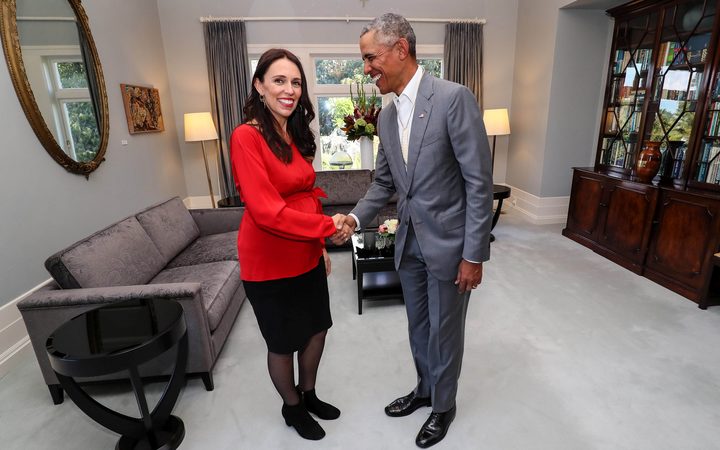 For sure, Clinton was still president when he landed - TV carried live pictures of Air Force One appearing as a speck in the Auckland sky, all the way to his disembarking, like a royal tour of yore - and he was here for APEC. Obama was by all accounts here in the hope he'd tweet about New Zealand to his hundred-million-plus followers, a significant percentage of whom are apparently bots.

Such is life as an ex-commander-in-chief. One minute you're in the Situation Room ordering SEAL Team Six to take out Osama bin Laden, the next you're recounting a sanitised version of that event at an exclusive dinner for assorted minor celebrities at a hotel in Auckland. Maybe he avoided appearing too much in public from sheer embarrassment.

Was it worth it? These kinds of corporate branding exercises are impossible to measure in pure monetary terms. A little like the claims made about events such as the America's Cup or the Rugby World Cup, while the outlay can be costed, the return is mostly nebulous - priceless publicity, putting New Zealand on the map and all that. 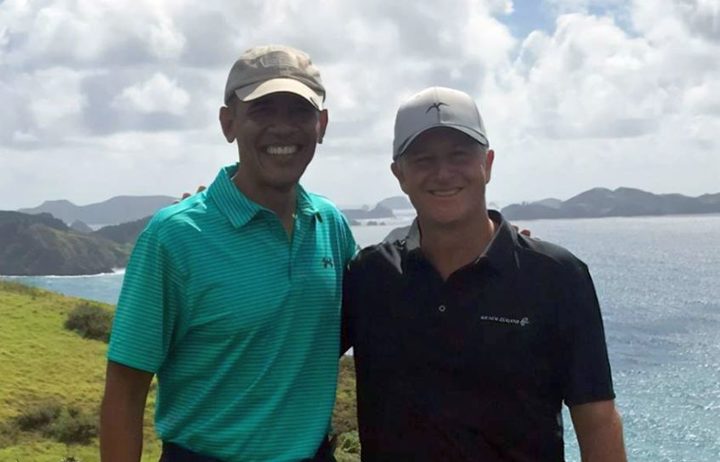 According to Sir John Key, now a director of Air New Zealand and instrumental in securing the Obama deal, it was "good for the country". Quite why remains vague - something to do with enhanced US-NZ relations and, you guessed it, promoting us as a tourist destination.

But if harnessing Obama's star power was the object, some long lens images from a golf course in Northland and various street corners as his motorcade sped by suggest someone didn't get the memo. In fact, the sense of secrecy and security did rather favour arch paranoid-conspiracy-monger Alex Jones, whose YouTube rant was titled: "Former President Obama Sneaks Into The Globalists' Main Escape Base: New Zealand".

Now there's a potential tourism marketing campaign to savour - join the globalist elites planning to beat the looming apocalypse in their armoured fortresses down under. As it was, we were assured by a tourism promoter that Northland got "great coverage" from Obama having dropped in.

The trouble was, nobody really saw him. That carefully cultivated presidential persona of casual relatability must have been left behind in the West Wing. Instead, by the end of the three-day visit, our media was reduced to interviewing ordinary people about how they'd tried and largely failed to catch a glimpse of him.

So much hope, so much belief. 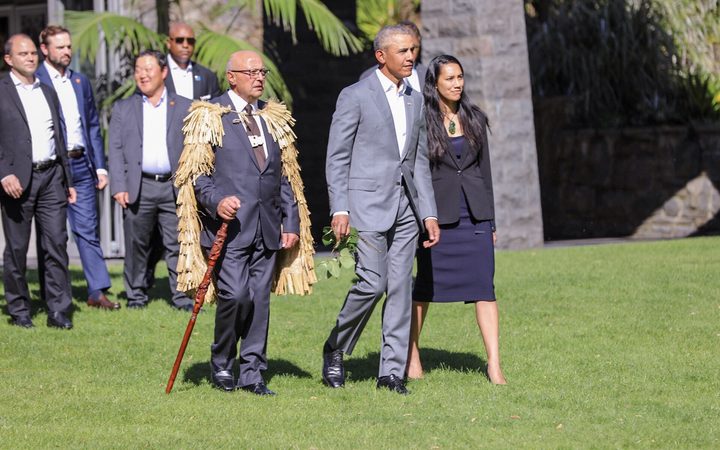 But then, Obama was always somewhat opaque. As one political commentator said of his legacy, "While Obama sells pristine idealism to the masses, he is at heart a calculating pragmatist." By necessity or inclination, he was largely an appeaser of his Republican foes in Congress; faced with a once-in-a-generation chance to reform the banking industry after the Global Financial Crisis, he capitulated to Wall Street; despite the promises, he never really withdrew from Iraq and Afghanistan; drone warfare came of age under his presidency.

Camouflaged in his own rhetoric, the real Obama could hide in plain sight. And of course he has been flattered by comparison with his predecessor, the reckless war-monger Bush, and his successor, the human crisis of civilisation Trump.

In many ways, Obama's new role as corporate glad-hander, fundraiser for "leadership" programmes, and raconteur to the rich and powerful suits him perfectly. It's what he does best.

As for what we got out of his mythical presence, at time of writing Obama had yet to tweet about New Zealand.