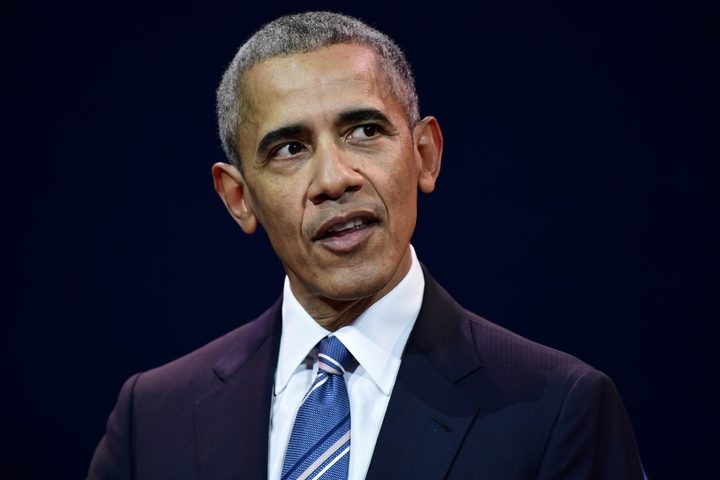 It will be Barack Obama's first visit to New Zealand. Photo: AFP

He will be officially welcomed with a pōwhiri in Auckland on Thursday, talk privately to Prime Minister Jacinda Ardern, and speak at an invite-only event that evening.

Mr Obama is also meeting leaders from the Wāhine Toa Network and has invited young leaders to his speaking event.

Ms Ardern said she was excited to discuss the future of youth leadership with the former US president.

"His interests since leaving office particularly focus on youth leadership and inspiring the next generation of leaders," she said.

Ms Ardern said she was particularly excited to discuss the "traits and characteristics" of the next generation of leaders in New Zealand.

Mr Obama was not here in a political role and was under no obligations to fulfil duties, Ms Ardern said.

"I imagine there are certain elements of the job that you're probably happy to move away from," she said.

He had been an incredible leader on the world stage, Ms Ardern said.

Mr Obama will meet Ms Ardern at Government House in Auckland on Thursday.

Ngāti Whātua will hold the pōwhiri, which will be followed by an informal one-on-one meeting between Ms Ardern and Mr Obama.

Later that night, he will speak at an invite-only event organised by the New Zealand United States Council with 800 attendees including members from the business community, Māori community, and young leaders.

The total cost of Mr Obama's trip remains confidential but his speaking fee in the US is just over $NZ500,000.

The chair of the NZ-US Council, Leon Grice, said the official speaking event was designed to celebrate the United States and New Zealand's relationship.

"We are embracing diversity and inclusion and new types of leadership coming through," he said.

"His presence validates people in their own journey to becoming leaders from all parts of our society."

Mr Grice said it was particularly exciting to pair Mr Obama up with the Wāhine Toa Network of Māori women leaders.

Mr Obama will stay in the country for three days.

He will leave Auckland on Friday for Australia where he will meet with Prime Minister Malcolm Turnbull, before heading to Japan.