Negotiations to get former US president Barack Obama to visit New Zealand next month are understood to be close to completion. 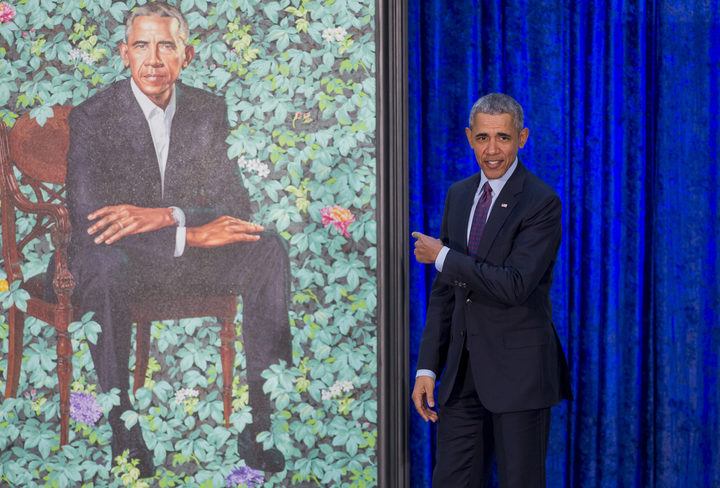 Former US President Barack Obama stands before his portrait by artist Kehinde Wiley after its unveiling at the Smithsonian's National Portrait Gallery. Photo: AFP

Air New Zealand and two other unnamed organisations are funding Mr Obama's trip to come and speak here, and an announcement is expected next week.

A senior lecturer at the marketing department at Auckland University, Mike Lee, said he expected there to be a lot of interest, both here and overseas. 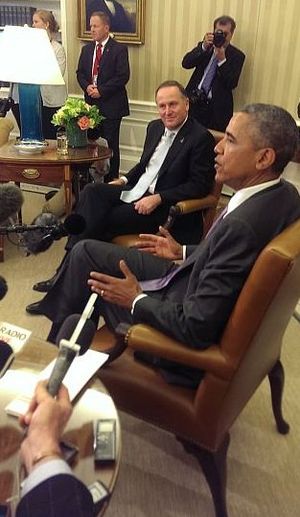 US President Barack Obama and PM John Key in a news conference in the Oval Office in 2014. Photo: RNZ / Chris Bramwell

"Obama is almost universally popular outside of America. And at least half of Americans find him still a very approachable, trustworthy, (with a) cool sort of persona."

Former Prime Minister Sir John Key, who is on the national carrier's board, is likely to have been influential in convincing Mr Obama to come here because of their friendship when the two were leaders.

But he will not come cheap, his speaking fees in the US are reportedly about $400,000 a time.

Brand consultant and former Saatchi New Zealand executive Kate Smith said Mr Obama was worth it for the firms' involved.

"If you look at Twitter for example, Barack Obama has almost twice as many twitter followers as Trump does, even though he tweets a lot less than Trump."

Ms Smith said it would be even more interesting if his wife Michelle Obama came along, as she was influential in her own right. 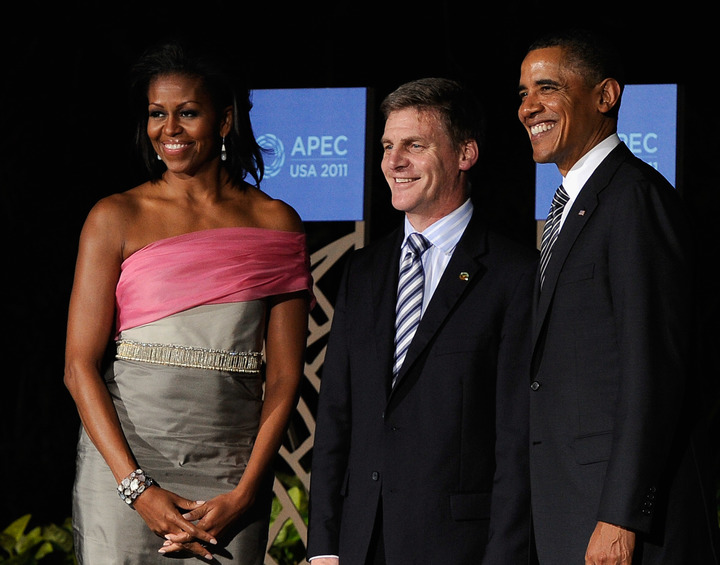 "The total value of a single public appearance of her wearing, say, a J Crew cardigan ... was estimated at $14 million dollars."

"The value of a Michelle (Obama) coming here wearing a New Zealand designer would be absolutely enormous," she said.

The focus on New Zealand could also spark further interest in the country as a tourist destination.

"If they invite him over and do all these things with Obama, they're in a way utterly positioning themselves as anti-Trump. So they might annoy people in America that are pro-Trump." 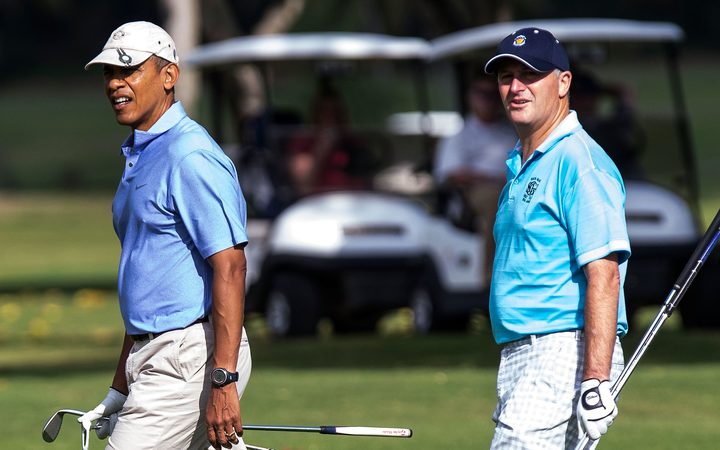 On the other hand, Dr Lee said these people might never travel here anyway, preferring to stay home.

ACT Party leader David Seymour said he hoped to take advantage of Mr Obama's visit to save charter schools from being closed by the government.

He's written to the former president to visit one while here, saying he could help change Labour's mind.

"He's somebody who is from the political left, who's a Democrat. But he was able to look pragmatically at what worked and became somebody who called charter schools "incubators of innovations". Somebody who had a presidential week of celebrations of charter (schools)."

Mr Seymour has not heard back about his invitation.

But one date Mr Obama is likely to keep is a golf match with Sir John.

Both are keen players, and now have a little more time to improve their handicaps.