There are clear and unavoidable responsibilities that come with being in charge of a group of teenagers. The Labour Party has failed dismally on that front, Finlay Macdonald writes. 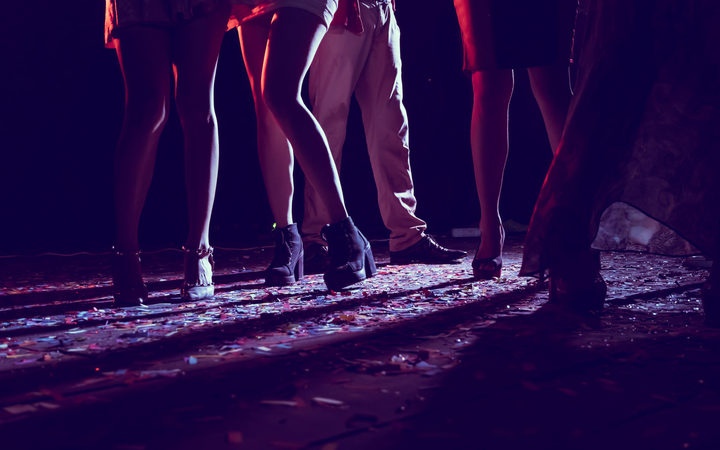 Of all the incredible aspects that have emerged about the Labour camp scandal, arguably the most incredible is that a so-called supervisor went to bed at 9pm and (we must assume) managed to sleep through what appears to have been a full-on boozy blowout.

Ear plugs perhaps? That still doesn't explain what, prima facie, looks like a dereliction of duty. As any parent or teacher will tell you, whatever the law might say about the rights of 16-year-olds, there are clear and unavoidable responsibilities that come with being in loco parentis. One is to stay awake.

Leaving aside for the moment the Labour Party's mishandling of the sexual assault allegations, the camp itself is emblematic of a wider and too-little-discussed culture of tacitly condoned risk and excess around teenage drinking.

Don't misconstrue this as placing any blame on victims, drunk or not. This is about the situations in which teenagers find themselves and the duty of everyone to do the right thing.

If you've ever hosted a teenage party, or confronted a teenage child hell-bent on spending New Year's Eve at one of the country's well-known bacchanalian capitals, you'll know just how difficult it is to navigate these rites of passage.

Like it or not, kids drink before they're old enough to legally buy alcohol. Not all of them, but many of them. The answer is rarely as simple as banning them - they can get it anyway, they are under extreme peer pressure, other parents will have more liberal attitudes (or be outright negligent), and being accused of being the worst parent in the world isn't much fun either.

The compromise is to try to supervise and provide safe environments for kids to experiment and make mistakes. This can be highly stressful. Assuming you can even establish parental consent for invited guests to drink, who polices this and how? What happens when, inevitably, things get messy? Worse, if there is a fight or someone is assaulted, what are your legal responsibilities, and can you honestly say you did everything right in the first place?

I'm not sure there's a perfect answer to any of this, but I'm pretty certain going to bed at 9pm isn't even an imperfect one. By the time you have dispersed the boys hooning outside your house, found the girls who've gone off down the street in a state, and reassured the police or noise control that everything will be okay now, you will be exhausted and it will be late.

But assuming something does go wrong, what are your options? Again, not reporting it to the parents or the appropriate authorities doesn't feel remotely acceptable. Even if there is advice that this might exacerbate the trauma a victim experiences, or that a legal age threshold doesn't require it, surely the knowledge that sexual assaults have been alleged or witnessed - and the perpetrator identified - overrides such concerns.

Victim's advocate Louise Nicholas and others have argued that Labour was right not to tell the parents of 16-year-olds they had allegedly been assaulted. Like it or not, they say, if those teenagers didn't want their parents to know, that is their right. Had they still been only 15, of course, the parents would need to be told. One day you're a child, the next you're an adult, old enough to give sexual consent, just not old enough to drink or vote.

The legal lines we draw through chronological age can seem absurd, but it underscores how thoughtless the Labour camp organisers were in assuming everything would be fine. Allowing booze into the camp, not adequately supervising what happened, failing in their duty of care, withholding information, shifting the option to report an alleged crime to the young victims - it's very hard to avoid the conclusion that those in charge were, at best, not up to it, at worst, concerned more for their own political skins.

Had it been an average out-of-control party on a suburban Saturday night, hard questions would still be asked. The Labour Party really should hold itself to rather higher standards than that.