Opinion - The ASB Classic women's tournament kicked off in relatively quiet style this week, due in no part to most of its target audience still being down in places like the Coromandel. 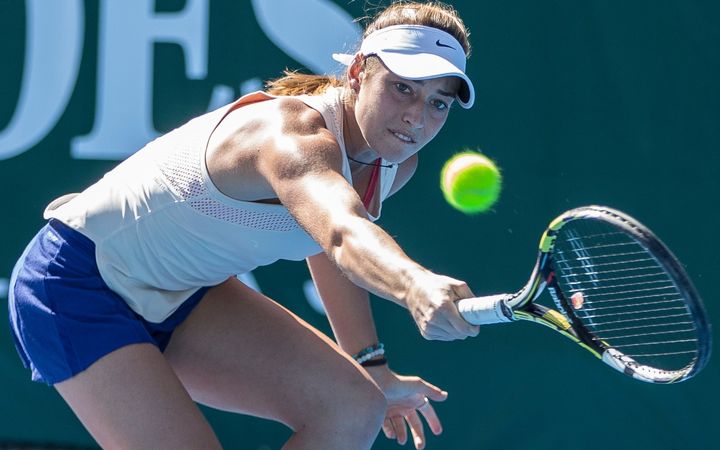 No matter, they'll be here in time for plenty of tennis. The other quiet event of note was, unfortunately, the ushering out of the New Zealand singles in the first round. It was a warm night at Stanley St, but centre court was the scene of wildcard entrant Jade Lewis' first and last singles' match in the tournament.

It's part of the strange dichotomy the ASB Classic has on the NZ sporting landscape. On one hand it's successful, glamorous and a perfectly well run model of a sports event in a small media market. Everything from the hospitality to the amount of decent international players it can attract is worth celebrating.

However, it's also a graveyard for local success.

In its 44-year history, the women's tournament has never been won by a Kiwi. The last to make it to a final was Leanne Baker in the 2005 doubles, and the only single final appearance was Belinda Caldwell way back in 1989. 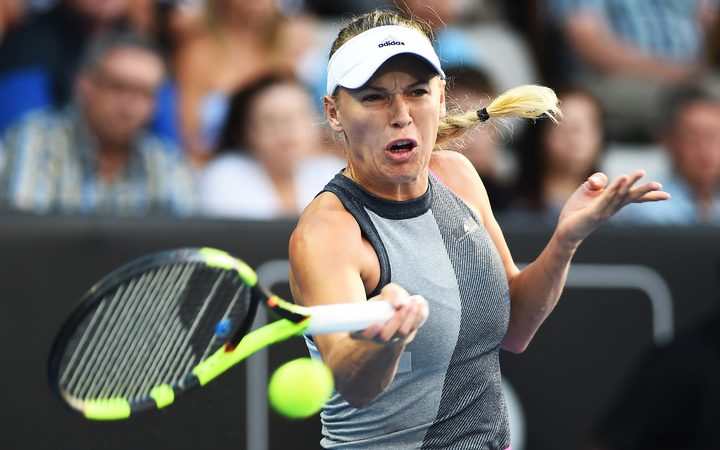 Caroline Wozniacki during her opening match at the the ASB Classic. Photo: Photosport

That isn't going to change this year, because Lewis was dispatched 6-4, 6-3 by world number 135, Slovakian Viktoria Kuzmova. Earlier in the day fellow young Kiwi Paige Mary Hourigan and her doubles partner Erin Routcliffe put up a decent fight in their first round match, losing in a super tiebreak - but losing nonetheless.

Lewis, 19, had a good start to being in the public eye this time last year, drawing the legendary Venus Williams in the first round. She fought hard to lose to 10-time Grand Slam champion 7-6, 6-2 and it seemed like there was a new hope for the women's game. She certainly has the pedigree, being the niece of former Wimbledon finalist Chris Lewis.

She gained funding through the Seed Foundation, a private organisation that is focused on providing assistance for the top tennis talent. The $300,000 Lewis received has gone to ensure her participation on the European circuit, where she's been slogging it out to get a ranking of 995 and only win three main draw matches.

That record wasn't improved last night, and again means that the tournament is now devoid of any NZ talent going into the second round.

So what's the problem? The amount of money that Lewis has had invested in her may well cop plenty of skepticism, however it's more a reflection on just how hard it is to make it in tennis from this part of the world. Geography is the biggest obstacle tennis players, like many other sports that don't involve an oval ball in New Zealand. Simply getting set up in Europe or the US is a massive cost, then accessing the sort of coaching required again takes the right connections. 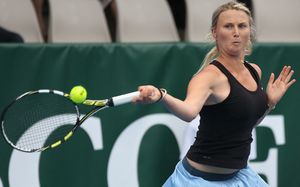 The current struggle that women's tennis faces in NZ really does make the ongoing criticism that Marina Erakovic has put up with during her career seem exceptionally harsh, because at least she was making grand slams.

The other noteworthy player of recent times, Sacha Jones, unsuccessfully tried to game the system by switching allegiance to Australia - only to find herself retiring in 2014 due to injuries. She attempted a comeback on the weekend's qualifying rounds for the ASB Classic, but was unceremoniously bundled out in straight sets.

Lewis still has the doubles to play, however that has nowhere near the profile that a decent run in the main draw of the singles.

Despite the lack of national representation, the crowd still shows up. It'll be a fortnight of enjoying the atmosphere and drinks, with the men's tournament rolling on next Monday.

Then the tournament is gone, the tiny window of exposure for women's tennis in this country closed off for another year. Lewis is still young, but last night proved that she has a long, long way to go if she's going to be the shining light in a period of darkness.