The Last Jedi is the longest movie in the Star Wars franchise and at times it feels it, writes Megan Whelan. 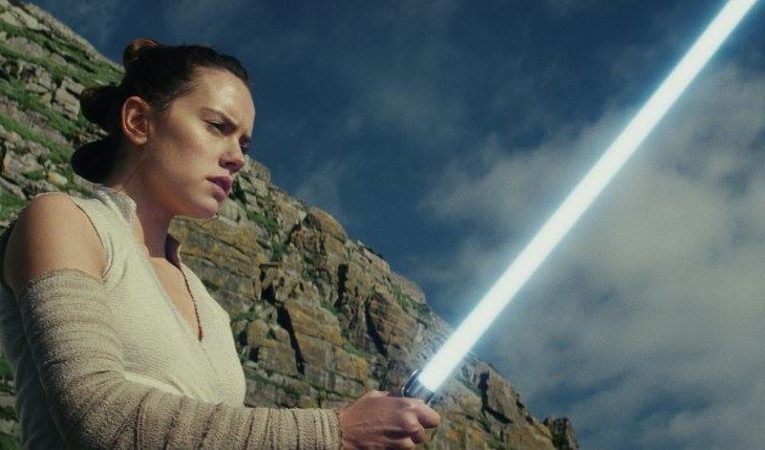 In many ways, the horror year that was 2016 continues to cast its pall over the world. One of those ways is watching Carrie Fisher's Leia Organa in The Last Jedi. Fans of the Princess will be pleased to see her appear a lot, but each of those moments is tinged with a melancholy over her death after filming the second in the franchise's latest trilogy.

In a movie stacked with badass women - Daisy Ridley's Rey, Kelly Marie Tran's excellent Rose Tico, a purple-haired Laura Dern as Vice Admiral Amilyn Holdo - it feels apt, but also slightly out of character, that so many of Leia's interactions seem to be either saying goodbye or memorialising her character. She seems oddly passive, not a general, not a princess, but a woman who is watching her cause die, and doesn't quite know what to do about it.

But then, maybe not. In many ways, The Last Jedi is about handing over the reins from the old guard - Leia, Han, Luke - to the new - Rey, Finn, Poe and Kylo Ren.

The film begins where The Force Awakens left off - Rey proffering a light saber at a bearded and hooded Luke Skywalker, who it turns out, is not interested in her Resistance or its antagonist, the First Order. Rey needs to find herself, and so does her mirror image on the dark side, Kylo Ren. Which side will they choose, and who will be sacrificed to get them there?

Meanwhile, the Resistance itself is in immediate peril; we join a battle midway, and the rest of the film is essentially the story of both retreat, and a space road trip to introduce yet another (essentially unneeded) character to an already huge cast. John Boyega's Finn and Rose head to a casino planet - think Mos Eisley crossed with James Bond - mostly to deliver the film's politics: capitalism corrupts, arms dealers are bad, and the goodies and baddies are all tainted.

The plot loops and twists, and in parts, drags - there is more than one scene that, while visually stunning, could have been cut with little impact on the entire story. In two scenes, director Rian Johnson's artistry is on display - one where Rey confronts multiple mirror images of herself, and another where a giant starship blows up - which are beautiful, and interesting, but feel out of step with the rest of the film.

I have a theory about most action movies (which I accept is not really the genre that Star Wars fits into, but bear with me), that if male characters could or would talk about their feelings, most of the action wouldn't actually happen.

This is especially on display in The Last Jedi - not just the relationship between Luke Skywalker and his former pupil, and nephew/son figure Kylo Ren (played brilliantly by Adam Driver, who really should win awards for this performance, even if the character is essentially unlikeable).

It's also there in the bickering between Ren and Domhnall Gleeson's General Hux. The conflict is mostly played for laughs at the expense of Hux, but as the plot turns to the epic (and stunning) final battle, one starts to wonder if there aren't more important things to do. The dark side of the force is more than just toxic masculinity, right?

A lot of The Last Jedi feels like franchise box-ticking, not just in the fan service of references to the previous movies, and beloved characters, but also to the business of movie making. Cute animals in the stores just in time for Christmas? Check. Quippy humour that's wry, but also self-referential? Check. Enough of a cliff-hanger that will get people out to see the final film when it releases in two years? Check.

"This is not going to go the way you think," Skywalker tells his pupil. The Last Jedi is enough of departure that maybe that's a message, or a warning, to the audience too.