Opinion - One of the more surprising matters included in the Labour-NZ First coalition agreement is their joint commitment to pass a 'Waka Jumping' Bill". Such legislation effectively requires any MP who leaves her or his party, whether willingly or not, to also leave Parliament. 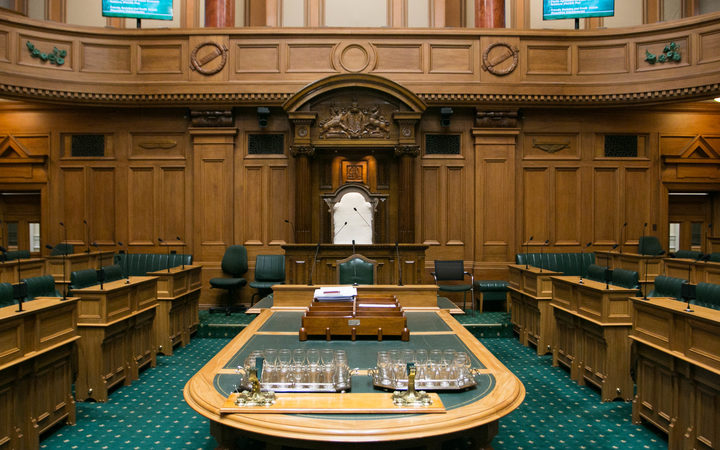 The consequence then depends on how the MP initially was elected. A party can simply replace a list MP with the next person on its candidate list. If it is an electorate MP, a by-election must be held.

New Zealand actually had such an anti-party hopping law in place between 2001 and 2005, when it lapsed.

The issue has remained a bugbear for NZ First since then, with it trying to install its own internal anti-party hopping rule by requiring any MP that leaves its caucus to pay the Party $300,000 in "damages". But either it accepts that this rule would not ever be enforced by the courts, or else it thinks everyone else should also follow its view that an MP's seat in Parliament really belongs to that MP's party.

Isn't that really the case under MMP, though? After all, list MPs only get elected through the party vote. And even electorate MPs actually owe their place in the House to their party's endorsement, rather than to their own special personal qualities.

That's a perfectly good moral question for such MPs to answer. But the problem with trying to use the law to enforce political morality on MPs is that it can lead to other negative consequences, as we saw in those four years when we had an anti-party hopping measure on the statute books.

Such a law seeks to freeze representation as apportioned at the last election, by saying that the reason an MP may have for wanting to leave (or the reason why an MP is forced to leave) his or her party is irrelevant and so the MP also must leave Parliament.

Consequently, where you have a genuine, irreconcilable clash of ideology within a party, there is no way to resolve that split neatly by separating the party into new, clearly distinct political organisations - unless one or the other disaffected groups is prepared to walk out of Parliament altogether.

We saw the problem with freezing representation in this way in 2002 when the Alliance Party fractured into two over the issue of supporting the post-9/11 invasion of Afghanistan.

Because neither grouping wanted to leave Parliament, they were forced to pretend they remained one united party even as Jim Anderton set about creating his own new one outside of it.

The opposition's reaction to this charade was then cited by Helen Clark as a reason for holding a snap election in 2002. So rather than ensuring parliamentary stability, the anti-party hopping law actually contributed to an early end to its term.

Second, the one occasion on which the original party-hopping law was applied - against Donna Awatere Huata - it resulted in proceedings that went all the way to the Supreme Court. It concluded that where an MP ceased to be a member of a party, that fact in and of itself justified the party leader having the MP removed from Parliament.

In other words, the Supreme Court collapsed the right of an MP to remain in Parliament into the right of a person to be a member of a particular party. If a party chooses to use its own internal rules to expel an MP from the party, that action thereby enables the party leader to get the MP kicked out of Parliament altogether.

If the MP has done something really bad, then fair enough. But note that this approach puts an awful lot of power into the hands of a party leader (assuming that she or he still has the backing of her or his party). And where there is power, then there is the temptation to use that power in ways bad as well as good.

Of course, a cynic might speculate that these dual effects - freezing representation in place and empowering the party leadership - are exactly what Labour and NZ First intend. What better way to deliver on their agreement to "provide stable and effective coalition government" than to make it virtually impossible for dissenting MPs to break from their present party commitments?

But using the law to try and quash internal party disagreement and ensure the governing arrangement lasts the full distance comes at a cost to our wider system of parliamentary democracy. We should be cautious before reintroducing such legislation back on to our statute books.