Power Play - I am willing to make one prediction about how things will roll out over the coming days and that is no political party will make an announcement about a new government tomorrow - Friday the 13th. 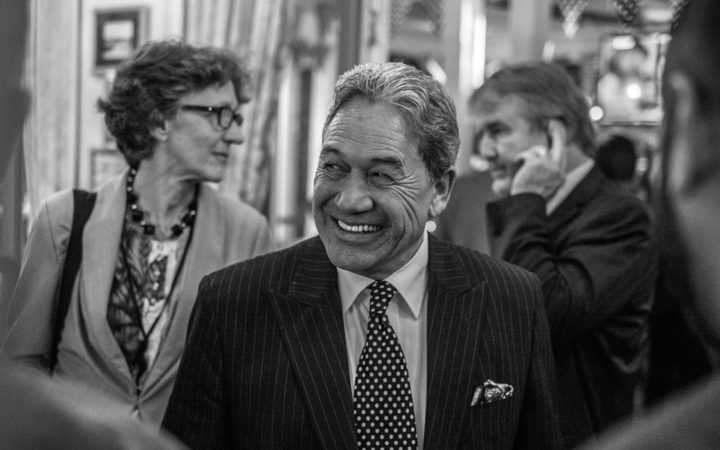 Even if you were not superstitious, the symbolism of confirming a new administration on Black Friday is something any politician would want to avoid.

That prediction is supported, of course, by more practical considerations - that is, New Zealand First leader Winston Peters saying his party's board may not be in a position to even consider a deal until the weekend.

Today is the day Mr Peters has said he would decide on a deal and while he is still working to that deadline, he is allowing himself some room to move - in part because he is dealing with other parties.

Although this is only day five of the talks, everyone now just wants to see a conclusion.

Even the lobbyists are in limbo: "We've got twice as many people to lobby, you've got to hedge your bets," said one coming out of the Labour corridors.

Maybe these talks feel like they have dragged on because of an election campaign that effectively began with Andrew Little's resignation at the start of August, and the focus on the 12 October deadline, rather than the open ended nature of previous coalition talks.

The immediate focus now, though, is for parties to make arrangements to ratify any deal in a timely manner and without compromising the overall agreement.

A deal between National and New Zealand First would be more straightforward, requiring sign off from the board and caucus of each.

Labour faces a more delicate balancing act, as it has to factor in the Greens.

From all accounts, the Greens are not privy to details of the negotiations between Labour and New Zealand First, and vice versa.

As the party with less negotiating power, the Greens are somewhat at the mercy of Labour, despite holding only one seat fewer than New Zealand First, at eight and nine seats respectively.

They are operating on blind faith to some degree, prompting a warning from the former MP Sue Bradford to not "go soft" during the talks.

They will have to call a Special General Meeting of 170 national delegates to ratify the deal, and that is likely to be a 'take it or leave it' situation for those delegates; the reference group is very aware of the limited opportunity to negotiate past that point, and will draft the proposal accordingly.

That meeting may have to be held before a final sign-off between Labour and New Zealand First so Labour can give an assurance that Greens support is not an obstacle to a three-way deal.

And there is still little information about who will actually announce the deal.

Will it be a sole Winston Peters revealing his hand?

Will he appear with the leader or leaders of the chosen parties?

While the latter would not be an unreasonable option, it would certainly remove any suspense and the ability of Mr Peters to keep everyone guessing for just a little bit longer.

Those discussions have apparently not even occurred with the parties he is negotiating with.

But for now all eyes are on the shadowy figures who make up the New Zealand First board.

Their names are not readily available and even after RNZ made their names public today, Mr Peters issued a media release asking that their privacy be respected on the basis they are volunteers, not politicians.

But if that process involves a hand in deciding the next government, they should be prepared for some publicity and a degree of public scrutiny.