Opinion - Thank you, Wallabies. I've never been happier to have been proven wrong in my life.

Yes, I wrote you off - just like everyone else. But a turnaround like that can only be met with respect and admiration. 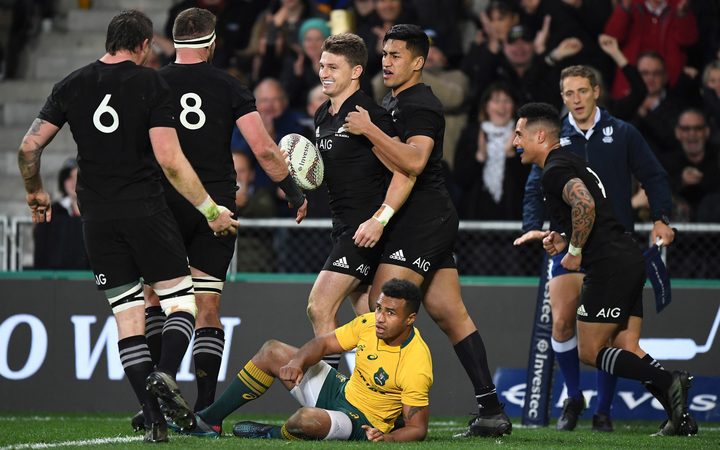 A week ago, people were more or less writing the eulogies for Australian rugby. They'd just been given the hiding of a lifetime by an All Black side that basically called it a day with half an hour left and still won by 21 points.

The old adages were coming out: rugby union has too much competition from league and AFL to gain a market share in Australia, the ARU are a dysfunctional mess, there isn't enough talent in the country to sustain a decent team.

While some of that might be true, it didn't bother the Wallabies as they stood in a pyramid formation mirroring the All Blacks as they performed the haka. It certainly didn't bother them as they shot out to a 17-0 lead early at Forsyth Barr. That glut of scoring meant they'd racked up 45 unanswered points against the All Blacks across the last two tests, which has to be some sort of record.

Their first try was a stroke of luck, Israel Folau latching onto a pass that if he hadn't picked off, would've resulted in a try for the All Blacks. The second was shoddy All Black defence at a lineout, and the third a brilliant piece of work by Will Genia to churn through a gap created by a disintegrating scrum.

Their luck ran out when Bernard Foley managed to hit the upright for the second time in a row off a penalty, meaning the ball landed in the hands of Henry Speight. If he'd hung on and scored then, the deficit could've been too great for the All Blacks to peg back. But it was knocked on, and this became the turning point for the match.

From then on, the All Blacks punished the Wallabies at scrum and lineout time. Rieko Ioane stood like an NFL running back behind a strong lineout drive, punching in an off-tackle play for a tough try. Then Aaron Smith, enjoying a magnificent return to form, followed him on a similar play off the back of another monster scrum by the All Blacks.

Beauden Barrett and Ben Smith managed to get the All Blacks into a seemingly comfortable lead, but again the Wallabies showed their reformed spine and hit back. The much maligned Kurtley Beale, a player whose off field indiscretions sum up a lot of the perceived problems with Australian rugby, hit a courage line straight under the sticks with blood streaming down his face.

That had to have been it.

The rebirth of the Wallabies, so triumphant and brave, against all odds in a city that's caused them little more than pain for over 100 years.

You would've thought the credits should've rolled then, with the men in gold walking triumphantly off having silenced their critics. But it turns out the scriptwriter was an All Blacks fan, and Kieran Read played the greatest role in his turn at captain - winning the kick off and setting up the winning try.

And that was it, one of the greatest tests ever played.

The last week has had an eerily similar feel to the 1996 Bledisloe series, in which the All Blacks demolished the Wallabies 43-6 in the first test and only just scraped home 32-25 in the second after a try on the final whistle.

Back then it would've been devastating to lose to the Wallabies. But last night, after the pulse rates had all died down, it was just nice to have them back as our traditional strong rivals again.