Opinion - Growing up gay in New Zealand before the Homosexual Law Reform Act in 1986 was to grow up with fear. 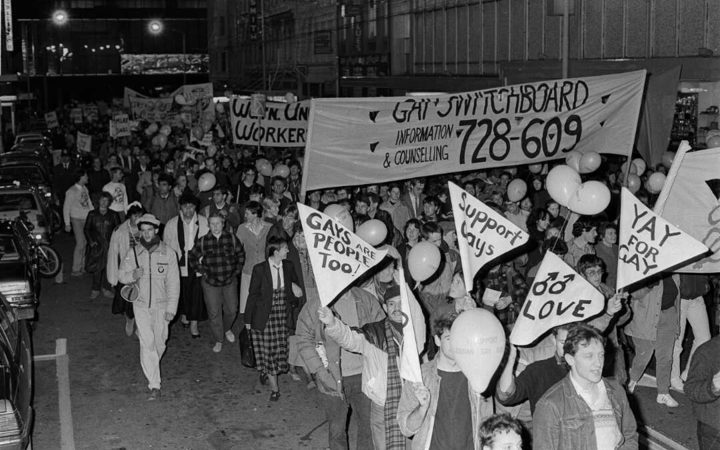 A crowd marches in Wellington in support of gay rights and law reform on 25 May 1985. Photo: Evening Post / The Dominion Post Collection / Alexander Turnbull Library

Discovering yourself wasn't just learning how to be a human being. Instead, it became a battle with the law, prejudice, ignorance and, at times, violence. All weighty matters for a teenager.

For some, it would become a matter of life and death.

The knowledge that you were 'wrong' seeped into your mind. I don't know how I even learned that homosexuality was 'bad'. I didn't even know any words for it. I simply remember, at the age of eight or nine in a small Waikato rail-stop town, thinking that my extremely limited fantasies about other boys were something I shouldn't be doing. I should be thinking about girls, I thought.

By high school it was quite clear. I knew that New Zealand had laws against same-sex encounters between men. I knew that I could be imprisoned for two years for having sex with another male. I had heard the jokes. I had witnessed the name-calling. And I had no examples in front of me of how to live my life.

Natural things had become unnatural. Growing up before law reform meant even the simple things were a struggle.

Later I would meet other boys from my school, some from my year and class, who were gay. I met one of the boys who called me names and taunted me at school in an Auckland gay bar when I was 20, but he turned and fled - he actually ran - unable to face the encounter and its implications.

And what sort of life was it to be gay anyway? Was it the nudge-nudge wink-wink of Hudson and Halls? Or something worse?

When my partner told his father that he was gay in 1974, his father cried and said that my partner was going to live a very lonely life. There were stories published in the New Zealand Truth of entrapment, blackmail and imprisonment. On Friday nights, the police in Wellington came through every bar rumoured to have a gay clientele, and the blond officer who led the dog squad insisted on meeting the gaze of everyone in the bar. If you didn't look at him, he'd stand in front of you until you did. 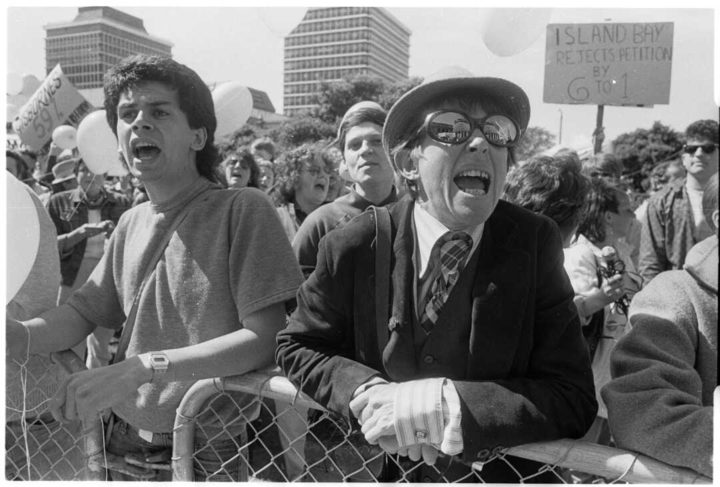 Somehow in the midst of all of this, from sheer stubbornness, some gay men managed to find love and happiness - but others didn't.

When the world is constantly telling you that you are wrong, when it seems you can't talk to anyone honestly, when many relationships are premised upon acting a part, when your real emotions must be buried, it is easy to fall by the wayside. Suicide became a way out for far too many.

So what does Parliament's apology to gay men convicted of historical homosexual offences mean? It can't take back the hurt or bring back the dead. It can't heal lives that were twisted out of shape. It can't repay those who had to live with a criminal record.

It can however express regret and say that things like this must never happen again. That, at least, is something.

David Herkt is a writer and former television director. He was an early member of Gay Liberation, acted in New Zealand's first gay feature movie Squeeze in 1977, and has written extensively on gay issues. He has lived with his partner, John, for 40 years.