First Person - Even at this late stage, this feels a little treasonous to say: I don't get the America's Cup. 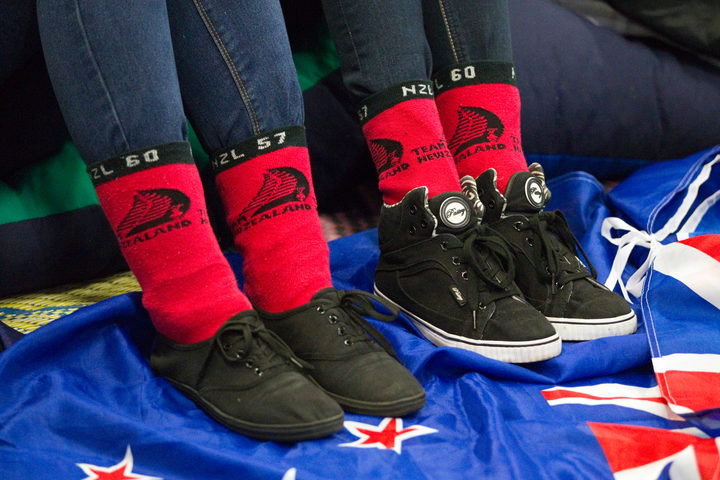 Back in the halcyon days of Sir Peter Blake and his red socks, I didn't really get it. Sailing is one of my favourite Olympic sports, but this particular tournament feels more akin to Formula One than that holiday I spent floating around in an Optimist.

More money than sport, more technology than athleticism, and hardly a level playing field for all competitors. (Not to mention, where are the women?)

So, I asked someone with whom I've shared many a sporting rivalry (every non-New Zealand sports team I support is mostly to annoy him): my older brother Darren Whelan.

He's been getting up every morning to watch the New Zealand races. Darren also remembers 1995, and in fact, he likes it more now.

"Because it's less about yachting, and more about speed."

This is what I don't understand. Shouldn't it be about yachting?

"I almost think it's T20 cricket for yachting. It is still sailing, but because of the technology and the speeds at which the race happens, it's more enjoyable to watch.

"Because you're not sitting there for an hour and half, while it takes so long for the race. You get up, you can watch two races and then go to work."

I still don't understand. My brother loves sport. At one point, he had two televisions in his living room so he could watch two games at once. And when how much money you have to spend on your boat is such a factor, that doesn't feel like a level playing ground.

"We've got the least money, apparently," he says. "But that's the same for a lot of sports. Isn't it the same for equestrian?"

"Shouldn't we be celebrated for that? For the fact that our technology is the best?"

I'm not hugely engaged but good on them. To come back like this after being crushed in 2013 is impressive. Peter Burling is a fine sportsman

But is it sport?

"Because it's a competition. We didn't know at the start that our technology was the best. We're only finding that out now."

"And if we didn't have the sailors… you couldn't just put any old person on to helm the boat. So if they weren't tremendous sportspeople with technical nous and sporting ability they wouldn't be able to do this."

Well, Ok, I'll agree with that, they are absolutely athletes - but they're not even grinding any more. They're riding bikes.

"That's our technology, the fact that we've got guys sitting on bikes, grinding, whereas America has people grinding with their arms. So the athlete is completely different."

I reckon the Kiwi "disrespect for authority" has helped us to innovate and embrace change for our 30 years in the AC.

But aren't the rules also different every time? The holder can stipulate the rules for every tournament. Doesn't that give them an unfair advantage?

"And what's wrong with that? This is the oldest sporting trophy in the world."

1/ It hasn't really begun until they've started racing lawyers.
2/ All this "foiling" stuff isn't REALLY "sailing", is it?...

So he'll be getting up early tomorrow.

"Absolutely I want them to win. It'll mean that we have the best technology and sailors. And then hopefully in four years' time the event can be held here, and bring in lots of international tourists and sailors."

And, Darren says, if we win, we get to pick the rules next time. Maybe they'll surprise me. That's what sport is really about, isn't it?