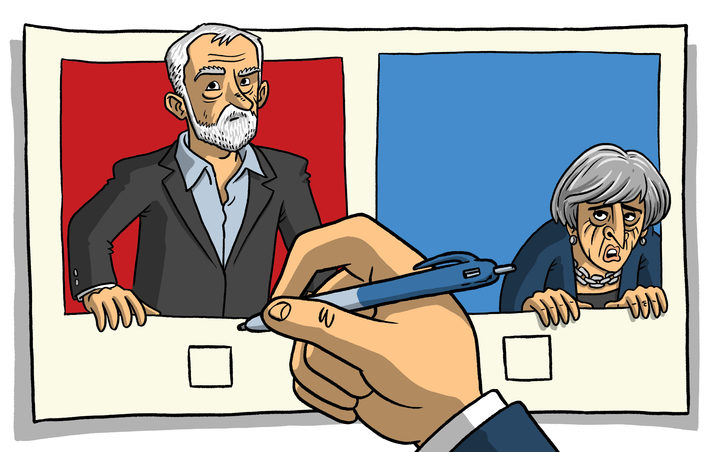 What is this Corbyn surge?

Less than three weeks ago, Theresa May and her governing Conservative Party were being described by reporters as "unassailable" going into the 8 June election.

Against just about all expectations, however, the polls have registered a dramatic swing - the biggest since such measures began in 1945 - from the Tories and towards Labour, led by the equally expectation-confounding Jeremy Corbyn.

Why have the polls shifted?

Because of the responses given by those surveyed.

Good. But what is thought to be the reason for the shift in sentiment?

Mrs May's surprise decision to call a snap election was broadly regarded as shrewd politics. The polls had put her Conservatives way out in front of a Labour Party entangled in ongoing infighting with its MPs continuing to broadly regard their left-wing leader as "unelectable".

With talks on Britain's exit from the European Union set down to start on 19 June, she decided to go to the country for a fresh mandate and a more secure majority, which currently stands at 17 in a 650-seat House of Commons.

But the question was: why the shift in sentiment? Something to do with the terrorist attacks in Manchester and London?

Not really - but more on that in a bit. Over the course of the campaign the Conservatives have struggled to keep things squarely focused on Brexit, with emphasis shifting to Labour's traditional strengths, such as education, health and other social issues.

Theresa May has meanwhile electrified Britain.

Sorry: electrified British bullshit detectors. Her robotic mantra, "Strong and stable leadership", has been made to look hollow following her refusal to take part in debates, a U-turn on what became dubbed a "dementia tax" and running a perceptibly stage-managed campaign replete with other soundbites and slogans such as "brighter future".

Yes, "Theresa May's Team", as it was branded, has provided a good few echoes of the Team Key campaigns, which may be down to their common adviser, Australian Lynton Crosby.

So the swing is all down to May's mishaps?

Corbyn has also, by most accounts, done very well. He's no brilliant orator but has thrived on the trail and enjoyed an opportunity to persuade voters that he's not the wingnut codger of so many media portrayals.

In doing so, he's brought closer the Toby & Toby prophesy of 2015 that Trump and Corbyn would one day meet as leaders of their proud nations.

Did Toby & Toby really predict that?

But Corbyn's Labour could really win? The British people are seriously considering a Mayxit?

No one is calling it a Mayxit, though that's clearly a clever and good coinage.

Could that be slowed down a little, please?

How widely do the different polling companies' findings differ?

Very widely. The latest polls range from giving the Conservatives a lead of 12 percent - enough for a landslide - down to 1 percent, which under Ye Olde First Past the Post would produce a hung parliament.

Why such a variance?

It's in large part down to how the polling companies weight their data - particularly around responses from younger voters, who skew dramatically towards Labour but historically tend not to turn up on election day. Labour's hopes of testing the Tories hinge on young voter turnout; and the pledge to mobilise the young vote is written into countless electoral obituaries.

What would a hung parliament mean - the Liberal Democrats back in coalition bidding?

The Lib Dems still seem to be paying for their decision to coalesce with Cameron's Conservatives after the 2010 election. They've struggled again in this election, as have the Greens. UKIP, the populist outfit once led by the oleaginous Brexiteer Nigel Farage, have atrophied - and the Labour-Conservative battle is largely over who can hoover up their old vote.

The biggest third party by some distance will again be the Scottish National Party, led by Nicola Sturgeon, who possesses more charisma than May and Corbyn combined.

And which way would the SNP lean in a hung parliament?

Sturgeon has said they won't enter into any coalition, but are likely to support a minority Labour government, should such a scenario present itself, on an issue by issue basis.

And is such a scenario likely to present itself?

Not really. But we live in some times.

And what about the impact of Saturday's London Bridge terrorism? The UK was still reeling from the Manchester terror attack, right?

The nation was "still reeling". It said so on the front page of the New York Times.

The nation wasn't reeling at all, as numerous people helpfully advised the Gray Lady. The only obvious reeling, it was noted, was at the Ariana Grande One Love benefit concert in Manchester.

Was Donald Trump dignified and presidential in his support for Washington's closest traditional ally?

As they had after the Manchester attack, there was an agreed pause in campaigning. May delivered an address condemning the attacks, declaring "enough is enough" and calling for a crackdown on those who "tolerate" extremism.

Isn't that sort of a campaigning speech?

Did the Labour Party rise above it all?

The next day, Corbyn attacked May, who was home secretary under David Cameron for six years, for cutting police numbers, as well as her failure to publish a report suspected to implicate Saudi Arabia in the funding of terrorist groups.

The final days of the campaign have been dominated by debate over security, with May going so far as to suggest she may scrap some human rights protections.

New Zealand is closing in on its own elections. Any lessons for the parties here from the UK?

Not that he's likely to contemplate doing otherwise, but Bill English should take part in debates, and avoid behaving like a robot. 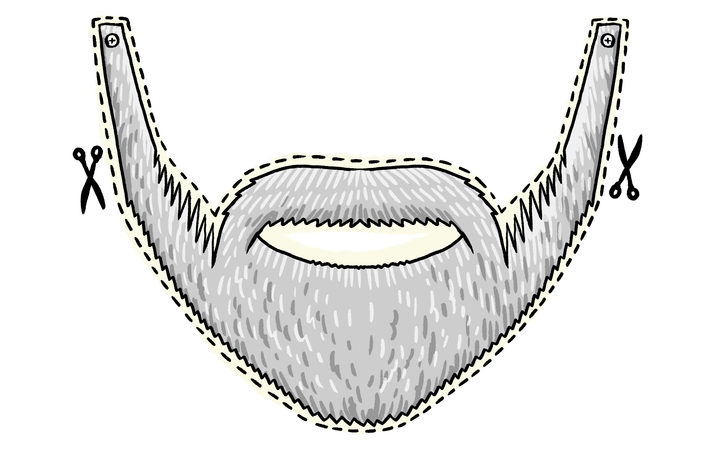 This column is part of a regular series by graphic artist Toby Morris and journalist Toby Manhire.