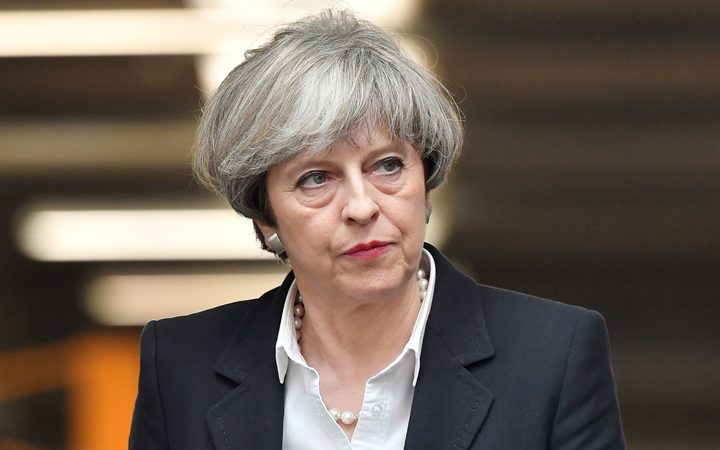 Seven people were killed and 48 injured in an attack near London Bridge on Saturday night.

Mr Trump criticised Mr Khan on Twitter for saying there was "no reason to be alarmed" after the attack.

However, Mr Khan's comment had been part of a statement about increased police presence.

"Londoners will see an increased police presence today and over the course of the next few days. No reason to be alarmed," was the full statement.

Mr Khan led a vigil at Potters Fields Park paying tribute to the victims of the attack.

"As a proud and patriotic British Muslim, I say this. You do not commit these disgusting acts in my name," he told those gathered. 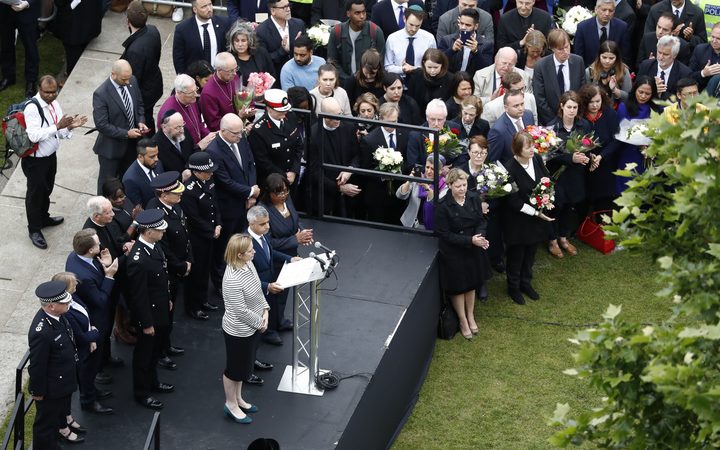 Mrs May said Mr Trump was wrong to criticise Mr Khan in the wake of the London Bridge terror attack.

When asked if Mr Trump was wrong about his assessment of the mayor, the prime minister said Mr Khan was doing a good job and it was wrong to say anything else.

Mr Trump has since tweeted that Mr Khan had to "think fast" and was making a "pathetic exuse" with his explanation.

Pathetic excuse by London Mayor Sadiq Khan who had to think fast on his "no reason to be alarmed" statement. MSM is working hard to sell it!

White House spokeswoman Sarah Sanders said she did not think it was fair to characterise Mr Trump's tweets as "picking a fight" with Mr Khan, who is the first Muslim elected as London mayor.

"The point is, there is a reason to be alarmed. We have constant attacks going on, not just there but across the globe, and we have to start putting national security and global security at an all time high," she told a White House briefing. 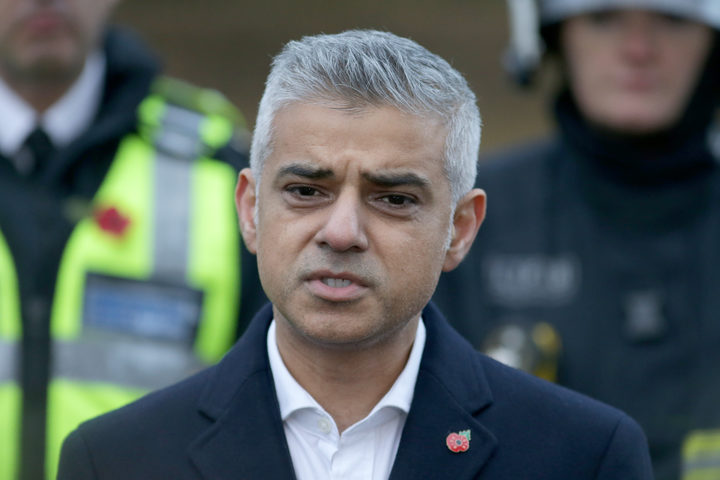 The US Conference of Mayors, representing more than 1400 American cities, backed Mr Khan.

"He has risen above this crisis of death and destruction, as mayors continue to do, to alleviate fear, to bring comfort to his people of London," the mayors wrote in a statement on Sunday.

"President Trump's attack on him is unacceptable."

Politicians in the UK have called on Mrs May to withdraw the invitation for Mr Trump's state visit later this year.

The attack raised security as a major theme of the general election, set for Thursday 8 June.

Liberal Democrats leader Tim Farron, said: "This is a man insulting our national values at a time of introspection and mourning."

Try to imagine the UK prime minister attacking the Mayor of NYC the day after 9/11. https://t.co/cnzzzhoeo8

A YouGov poll of 1000 Londoners published on Monday found Mr Khan was more trusted than either Mrs May or national Labour leader Jeremy Corbyn to make the right decisions about keeping Britain safe from terrorism.

Mr Khan, a Muslim, has previously criticised the president's plans to temporarily restrict travel to the US from six mainly Muslim countries.

After Mr Trump as a presidential candidate announced his plan, Mr Khan told the BBC he hoped he would "lose badly", adding that he was a "buffoon".

He also called Mr Trump's views on Islam "ignorant", leading the New York billionaire to challenge him to an IQ test.

Mr Trump has also been tweeting about his stalled travel ban after the deadly London Bridge attack.

Federal courts struck down the first proposal in January. The administration replaced it with a less stringent version order in March, but that also ended up in limbo after legal defeats.

On Twitter, Mr Trump said if "we don't get smart it will only get worse".

He advocated for a return to the original version of the ban.

We need to be smart, vigilant and tough. We need the courts to give us back our rights. We need the Travel Ban as an extra level of safety!

We must stop being politically correct and get down to the business of security for our people. If we don't get smart it will only get worse

People, the lawyers and the courts can call it whatever they want, but I am calling it what we need and what it is, a TRAVEL BAN!

The Justice Dept. should have stayed with the original Travel Ban, not the watered down, politically correct version they submitted to S.C.

The Justice Dept. should ask for an expedited hearing of the watered down Travel Ban before the Supreme Court - & seek much tougher version!

The Trump administration is expected to take the proposal to the Supreme Court next week.

Mr Trump has argued the measure was needed to prevent attacks in the US, but critics say the policy is discriminatory and has little national security justification.

He also used the attack to comment about US gun rights.

Do you notice we are not having a gun debate right now? That's because they used knives and a truck!