First Person - Danny Smith, Kaikoura's newly-appointed recovery manager, was talking to a hall chock-full of locals desperate for something positive - and they got it.

"This town is not wrecked."

"We want things back up-and-running as soon as we possibly can," Mayor Winston Gray added.

"It's just vital we get State Highway One fixed."

In New Zealand, the words resilience and earthquake go hand-in-hand.

The 'Keep Calm and Carry On' t-shirts are kitsch and the expression "She'll be right" has long been a cliché, yet New Zealanders adapt.

I was in central Christchurch during the February 2011 quake and watched people cry in the street and facades topple over.

The thought of earthquakes had been pushed to the back of my mind, but on Monday the shaking started again and a familiar sinking feeling in the pit of my stomach returned. 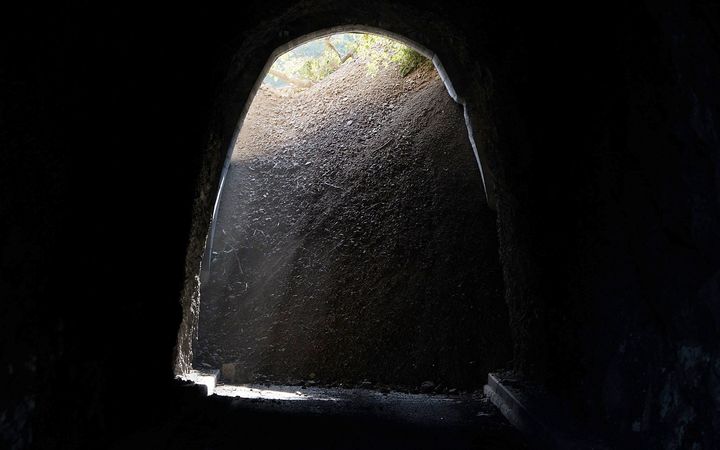 The view from inside one of the blocked road tunnels on SH1 near Kaikoura. Photo: AFP

In Christchurch, things like portaloos, traffic cones and aftershocks became the norm. Now they are a staple of Kaikoura.

People here have no time to worry about another big shake. Instead, they wonder how they will feed their families and survive.

The town's sense of humour is not lost. Scrawled on a bed sheet hanging across a front yard is, 'I'm ok!'

The local pub, The Whaler, reopened within days and I overheard a local charter fisherman laughing at the irony of a tourist town being cut off from the rest of the world. 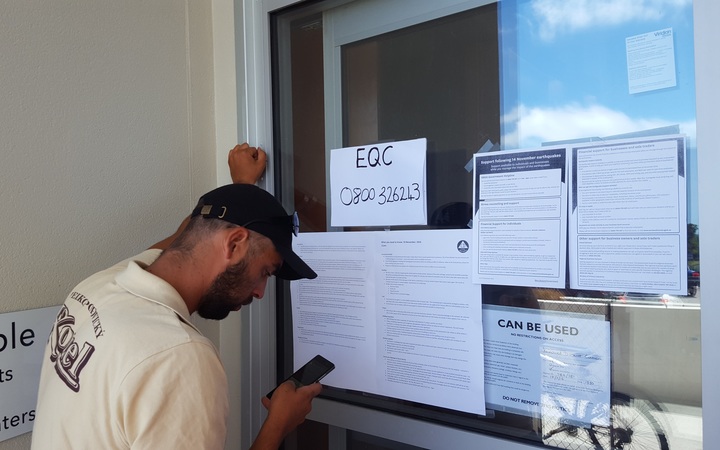 There is a looming fishing ban.

People here have redefined the word lucky. They have lost homes, jobs and their way of life, but they stress they are lucky to be alive.

But something darker lurks.

Kaikoura is a rural town. It has an excellent health centre, but it is isolated. 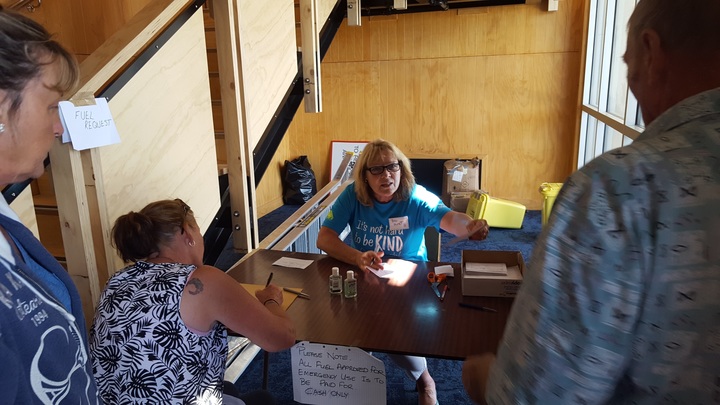 Despite best intentions, the tourists will take a while to return. People will lose work. The navy frigates will sail away; the army and civil defence will leave. There will be fewer people in flouro.

The government has announced an eight-week wage package to help businesses, but beyond that the future is unclear.

A couple of years ago I drove north from Christchurch up State Highway One with my dad and we stopped for lunch in Kaikoura. I was moving to Wellington and wanted to see more of the South Island before I left.

We sat outside the Reserve Hutt cafe eating lunch and listened to a French tourist play an acoustic guitar. We walked along the beach and threw pebbles into the surf. The sky was clear and some low-hanging cloud rested on the nearby mountains, which were touched with snow.

I am back in Kaikoura for the first time since that whistle-stop and, at first glance, little has changed. The Esplanade is as it was - just with more closed signs than open ones. The sun still rolls down the mountains through the mist in the morning.

I fly back to Wellington tomorrow, a city with its own troubles. I will think about Kaikoura less and less, no matter my own best intentions.

The people here will carry on, but it will be harder to keep calm.

They will be resilient, but still need help.