Analysis: Donald Trump is unlikely to take the US back to its pre-1941 isolationism, but a change in attitude to Asia and the Pacific is inevitable. 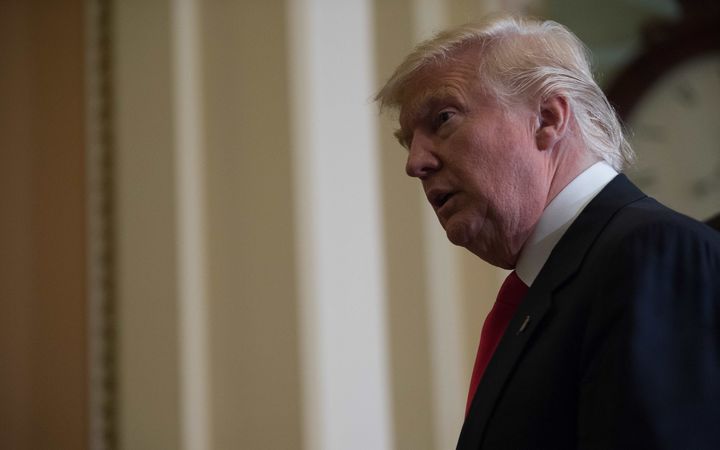 Donald Trump in the White House after winning the 2016 Presidential Election. Photo: AFP

As governments around the globe come to terms with the title 'President Donald Trump', trade and security experts in the Asia-Pacific region are considering the implications of a lurch away from the status quo in their dealings with the US.

Under Mr Obama, the 'Asia Pivot' became a central policy, maintaining the US idea of 'Forward Defence' that had been around since the fall of Saigon in 1975.

The philosophy behind it : "Fight them out there before we have to fight them back here".

Mr Obama had planned to deploy some 60 percent of his country's blue water naval assets to the Asia-Pacific to dampen down any expansionist ideas from Beijing.

Chief among them is the South China Sea, where China ignores international protests to its building military assets on concreted-over coral atolls.

Mr Trump's ideas on foreign policy hark back to his 1987 letter published in the New York Times regarding why "America should stop paying to defend countries that can defend themselves".

In it, he outlined how Japan was able to streak ahead economically in the 1980s, as the US covered its defence costs.

While most analysts do not see Mr Trump going through with his suggestions to take the US back to its pre-1941 isolationism, there will inevitably be a change in the USA's attitude to Asia and the Pacific.

Mr Trump may well push through with his stated policy of withdrawing the US military from Asia, perhaps forcing key allies like Japan and South Korea to develop their own defence options.

However, the Japanese and South Korean governments are nowhere near developing this option, should the US head back to Pearl Harbour. On the other hand, North Korea continues with its missile tests.

Across the region, governments have been watching the campaign and the political forces it has unleashed. It's obvious to leaders like Rodrigo Duterte in the Phillipines, Joko Widido in Indonesia and Najib Razak in Malaysia that a Trump government means a reduction in US influence, which must mean only one thing - an increase in Chinese influence. 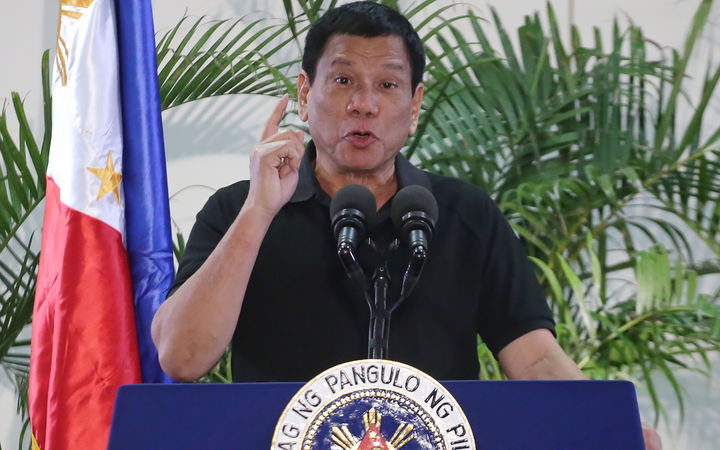 It's obvious to leaders like Philippines president Rodrigo Duterte that a Trump government means a reduction in US influence. Photo: AFP

President Duterte's provocative statements of recent weeks, regarding cutting off ties with the US, have surely been made with an eye to this fact.

The other fundamental concern for the region in the time of Mr Trump is, of course, trade.

A quarter of GDP in countries across the region comes from trade, and a huge amount of that is trade with the US.

The Trans-Pacific Partnership deal seems dead in the water now, and with Mr Trump campaigning on an anti free-trade ticket, it will be fascinating to see if he follows through with the promise to impose a 35 percent tariff on imports from US companies based outside the country.

Just how Apple, for example, deals with an abrupt and massive hike in its product price in the US will be interesting to watch.

A trade "war" of some kind must surely be a likely response, as the Chinese hit back against the huge numbers of US corporates doing business there.

While Mr Trump came to power on a ticket broadly described as anti-globalisation, in Asia globalisation has worked out well, with jobs created, growth rates boosted, and living standards improved.

Trade between the US and China reached $US550b in 2015, and is estimated to reach $US1 trillion by 2024. If Mr Trump buys a fight with China, that can only damage his nation.

A report from the Liaowong Institute think-tank in China suggests that country assumes Mr Trump will prioritise economy over security, and is likely to accuse China of currency manipulation and any number of crimes against the WTO.

Share prices for some major Asian exporters have already dipped on the back of the Trump anti-trade rhetoric.

The view in many parts of China is that a trade-based conflict between the two countries would be a negative for both, and with the TPP gone, China - which was never a partner to it anyway - would be free to develop its own bi-lateral trading alliances with regional powers, leaving the US out in the cold.

Fortunately, there are significant structural impediments to blunt the force of a Trump-inspired trade war . There's obviously no appetite in Washington, whether in Congress, the State Department, or anywhere else.

China and the US remain an integral part of the APEC grouping, and the Regional Comprehensive Economic Partnership talks could wrap up in the next few months, cutting tariffs in many countries in the region, including New Zealand. The deal would open trade doors for China, at the expense of the US.

Despite Mr Trump's claims, the reality is that the United States actually does pretty well from Asian regional arrangements. Its alliance agreements with Japan and South Korea allow it to project power and influence in the Asia Pacific, and its trade arrangements allow access to a huge market.

The more fundamental issue is the opaque policy platform Mr Trump would bring to the region. Mr Trump has made so many conflicting and contradictory statements through the campaign, it's hard to know what's real and what was a line for the crowd.

Even if the US foreign policy establishment blocks his most outlandish ideas, allies like Japan, Singapore and South Korea would still lose confidence in the United States and may seek to increase their military preparedness outside of any current alliance.

The American stance in the Asia-Pacific region has for decades been built on trade, alliances and when necessary, an exported democracy.

Donald Trump says no to all three of these, and the vacuum left in his wake may well be filled by China.