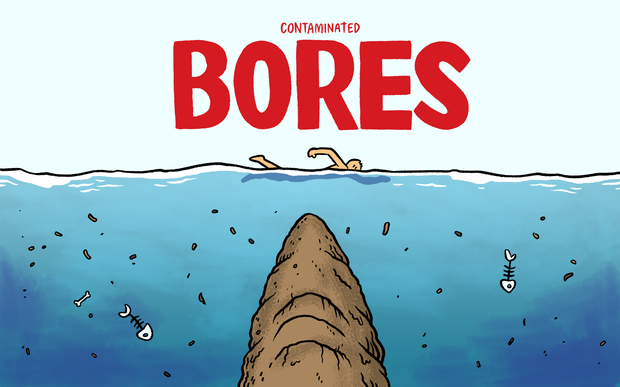 Havelock is in the South Island. Havelock North is the Hawke's Bay town still reeling from a dreadful and debilitating water contamination.

Yeah. While it's easy to dismiss what has happened in Havelock North as an isolated case, a "regional story", the episode - the largest such outbreak in modern New Zealand history - amounts to a public health crisis that should set alarm bells ringing in any developed country.

On 12 August, it was discovered that what locals call "poo water" was flowing from Havelock North taps. The town's supply had become contaminated with the bacteria campylobacter, leading to thousands of residents suffering from vomiting and diarrhoea, local businesses hobbled and authorities scrambling to identify the source.

How many people have been affected?

About 5200, more than a third of Havelock North's 14,000 population, are estimated to have been struck by a gastric illness, with more than 600 confirmed as having contracted campylobacter.

Can that impact be illustrated using a handy NZ measurement unit?

And what was the source?

An inquiry has been initiated by the government to identify that.

Yeah, but what's it likely to be?

It's probably connected to shallow bores.

Sorry. What about these bores?

Suspicion centres on a bore to the northwest of Havelock North, drilled into the Te Mata aquifer. Another nearby bore was found to have been contaminated last year. Speculation has centred on heavy rainfalls, surface water seeping in and the possibility of animal waste infiltrating the supply, which had been untreated but is now being chlorinated. 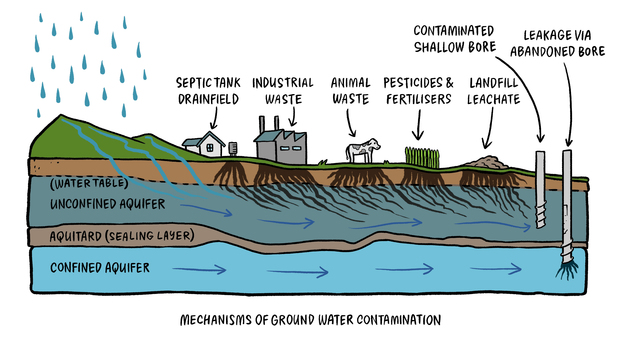 Couldn't we just dismiss this as an isolated incident? Please?

While there is no certainty yet around the cause, and drinking water around the country arrives from a range of sources, undergoing differing treatments, many are nevertheless talking of "wake-up calls", particularly in relation to the impact of expanded dairy farming, as well as wider concerns about polluted waterways. The chief executive of non-profit organisation Water NZ has said that "It was always going to be a case of when, not if, a community in New Zealand would be struck down with campylobacter."

The terms of reference for the inquiry, to be conducted by a retired High Court judge and tasked with probing the source and the response by authorities, note that "the Havelock North water contamination incident risks damaging public confidence in local drinking water supplies", while others have pointed to the threat to New Zealand's green reputation and export industries that trade on the image.

Will the inquiry also investigate whether the government should have declared a state of emergency?

What wider concerns have been raised?

Massey ecologist Mike Joy calls it a "symptom of a much bigger picture that's happening in New Zealand", saying that "we have the highest rates in the OECD or in the developed world of these gastro diseases that come from animals". Canterbury particularly is susceptible, he says, with "lots of intensive farming and lots of water taken from shallow bores". And: "Central and local government have just allowed this massive expansion of intensification that's caused the problems and done nothing about it. So they have failed totally."

OK. But he's one academic and, like lawyers, I can provide you with another one that will give you a counterview.

Not just at the minute. Got anyone else?

Another ecologist and water expert, talking to RNZ, said it was "highly likely that this will happen again". Asked about the impact of intensive dairy farming, he said, "I think it's nearly universal around freshwater scientists at least that water quality in New Zealand has been declining for upwards of 25 years", pointing to the increasing levels of nitrate, particularly from cows feeding on palm kernel. "And associated with that urine, either from faeces as well or just because of where it's coming from in the animal, various other pathogens get carried into the waterways as well."

Dr Joy and Dr Death? Are you making this up?

Nope. They should get a TV show.

Joy and Death. That's just about everything, isn't it?

Excessive nitrates in drinking water can bring health risks including the infant blood disease blue baby syndrome. There is particular concern in Canterbury, where much of the water is drawn via shallow bores. Residents in north-west Christchurch, for example, were last week told it was difficult to provide an assurance that untreated drinking water currently going to 80,000 people was safe from contamination.

Can we be sure about a link between the growth in dairy farming and water quality problems?

In a 2013 study, the Parliamentary Commissioner for the Environment, Jan Wright, wrote: "Unfortunately, this investigation has shown the clear link between expanding dairy farming and increasing stress on water quality. Even with best practice mitigation, the large-scale conversion of more land to dairy farming will generally result in more degraded fresh water."

What then is the political ambition?

"The number one priority is improving freshwater quality. It is just too important to our quality of life, our national identity and our economic well-being to allow the standard of our water to go backwards."

Wadingly might be a better way to put it.

Are the farmers getting the rough end of the stick?

Some think so. Writing in Farmers Weekly, Wairarapa farmer Alan Emerson chides the "ridiculous indignation" of Dr Joy and co, saying the "blame game" finds an easy target in farmers.

Tricky one. Poor old Havelock. North! Let's call it an isolated incident and pray it's a long time before the next town's struck.

Go tell that to Pahiatua.

*This column is part of a monthly series, published by graphic artist Toby Morris and journalist Toby Manhire. 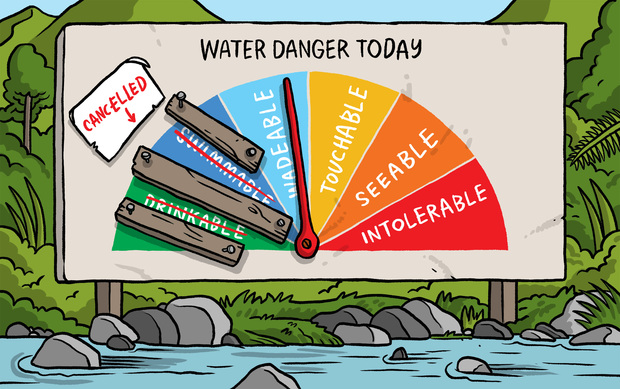