Analysis - It was probably the most electrifying exchange in Auckland Council's six years of existence. 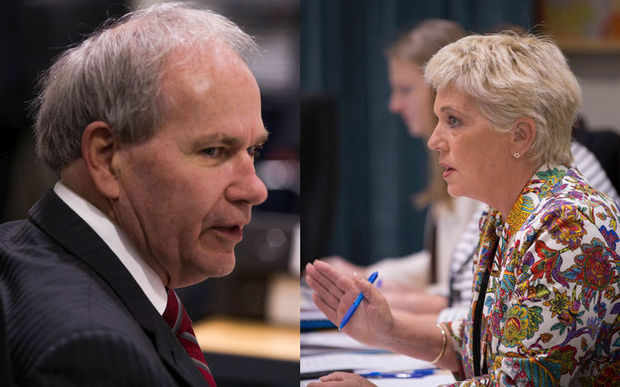 After being interrupted, deputy mayor Penny Hulse closed her eyes and composed herself.

The wedge that finally drove the two apart was Auckland Council's three-year-old idea of requiring larger housing developments to make 10 percent of the homes built affordable.

Ms Hulse has led the council's work on housing policy for the past three years. She opened the debate on the quota, outlining why she had moved from originally supporting it, to now wanting it put aside.

Her view was that originally it had value, as councillors in late 2013 had watered down density provisions that might otherwise have aided housing affordability. 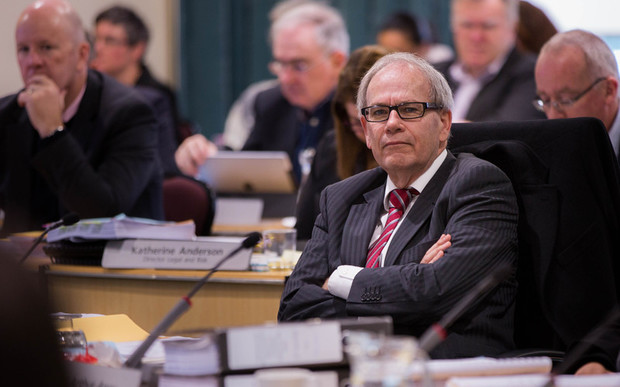 Mayor Len Brown has become increasingly isolated during his second term but has had Penny Hulse's backing until now. Photo: RNZ / Cole Eastham-Farrelly

As the councillors argued over the provision during yesterday's Unitary Plan debate, Mr Brown signalled it was time for him to speak.

"I'll probably go down fighting like a shark, I feel strongly on this," he opened.

"I had to fight the government to get that affordability clause written into the Housing Accord," he said, referring to the agreement which operated over the previous three years.

Over the next six minutes he advanced arguments contrary to those of his deputy, to whom he had given the role three years earlier of leading the development of new housing ideas.

Other councillors argued for and against, until it was time to vote.

Then Ms Hulse took the unusual step of asking to speak for a second time.

"I feel I haven't really been able to express myself in probably the most important debate of all. I would like a chance to just speak briefly and if you say yes, I'd appreciate that, " she asked. Mr Brown agreed.

"You talk about going down fighting like a shark. Well, as someone who spends a lot of time in the water with sharks, sharks don't fight - only when they're on the end of a line fighting for their lives," Ms Hulse said. 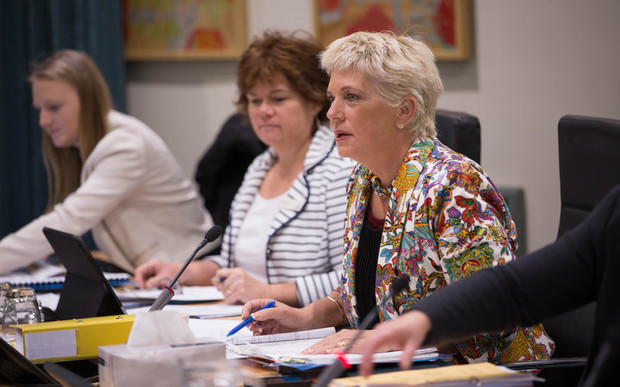 Deputy mayor Penny Hulse told the meeting she did not believe in populist policies or grandstanding. Photo: RNZ / Cole Eastham-Farrelly

The quota was a kind of "sop", after councillors backed off from allowing the kind of density needed in the 2013 proposed version of the Unitary Plan, she said.

The final minute of Ms Hulse's address began in a voice shaking with emotion.

"I've spent the last three years working on this issue. To have to vote on something I fundamentally believe in with every fibre of my being and that can be construed as not supporting affordability in this city is the hardest thing that I will need to do.

"I believe in things we can genuinely deliver."

It was a speech clearly directed at the mayor, who seemed to surprise Ms Hulse with his opposing view.

Mr Brown has become increasingly isolated politically during his second term, with councillors in the past telling RNZ he had failed to maintain relationships.

But publicly at least, he had always enjoyed the backing of his deputy. Until yesterday.