Britain is calling time on sugary drinks. The Tobys explain. 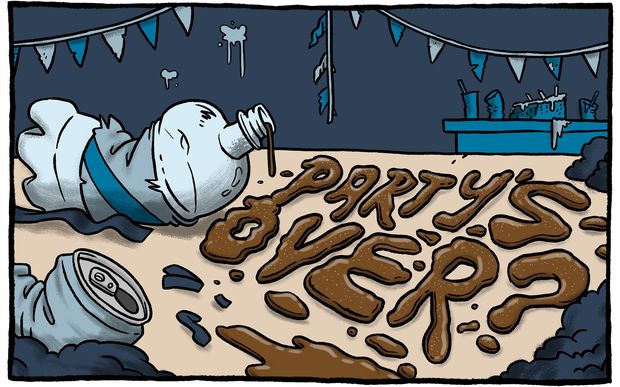 What is a sugar tax and why is it resurgent?

The British chancellor, George Osborne, sprung a major surprise in last week's budget, introducing a sugar tax on soft drinks. The levy, to come into force in two years, is scaled according to the levels of sugar added. Manufacturers would be taxed about 24p (51 cents) for a litre of soft drink with a high sugar content.

Said Osborne: "I'm not prepared to look back at my time here in this Parliament doing this job and say to my children's generation, 'I'm sorry. We knew there was a problem with sugary drinks. We knew it caused disease. But we ducked the difficult decisions and we did nothing'."

How did the soft-drink industry respond?

They hate it. They're considering legal action against the government.

Will it send ripples around the world?

Funny you should ask. Celebrity chef Jamie Oliver, who has campaigned extensively for a sugar tax in Britain, said: "This is bold and brave and this will send ripples around the world, as far as how these weak pathetic governments combat the rise of childhood obesity." He urged a bunch of countries, New Zealand included, to "pull your finger out" on a sugar tax.

What was the response in New Zealand?

About as enthused as half a bottle of L&P left for a week with the lid off.

Health Minister Jonathan Coleman said there were no plans to introduce a sugar tax, but "we'll keep a watching brief on the emerging evidence".

Research projects at the University of Waikato and the University of North Carolina, both scheduled to wind up in 2017, were on his radar, he said. He also helpfully pointed out that "it's up to every government to make its own policy".

In the meantime it's doing nothing?

Not at all. In October 2015, Coleman unveiled the Childhood Obesity Plan.

Shouldn't they be planning to prevent obesity?

Yes, they were. They are. In the cause of tackling what will soon be "the leading preventable risk to health in New Zealand", Coleman laid out 22 measures "across government, the private sector, communities, schools and families" as part of a "sweet of interventions".

A suite of interventions?

But no sugar tax?

No. But it did include an undertaking to discuss with the private sector issues around marketing to children and labelling.

How did the soft-drink industry respond?

They loved it. Coca-Cola hailed the initiative, while the Food and Grocery Council praised Coleman's "pragmatic approach". 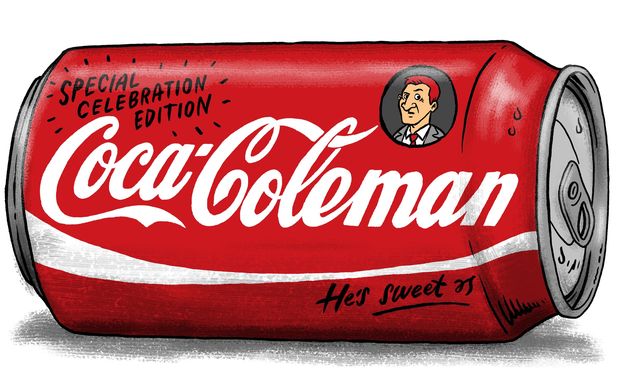 Is there any research on the likely impact of a sugar tax in NZ?

A study by the National Institute for Health Innovation at Auckland University, together with the University of Otago, published in the NZ Medical Journal in 2014, estimated that a 20 percent tax on fizzy drinks would "reduce energy consumption by 0.2 percent, or 20kJ a day, and help avert or postpone about 67 deaths from cardiovascular disease, diabetes and diet-related cancers a year". It could also "generate up to $40 million revenue a year".

In the year since a 10 percent tax was imposed on sugar-sweetened beverages, Mexico experienced a 12 percent drop in sales, according to a study published in the British Medical Journal.

Yes, except it's a correlation, and not necessarily causal. There could be other factors in play, critics point out, and we can't be sure the sugary stuff wasn't replaced with something equally unhealthy, like a domestically liquidised toffee-pop-and-marshmallow milkshake.

Any other arguments against it?

Some regard it as a regressive tax, in that the poor are likely to bear a greater burden than the wealthy.

Back up the soda truck for a minute. What's so wrong with fizzy drinks?

New Zealand glugs about 85 million litres of fizzy drink a year. About a quarter of all sugar consumed by those aged between five and 18 comes from fizzy drinks.

What is the sugar content of a litre of cola?

According to the Ministry of Health, New Zealand has the third-highest adult obesity rate among OECD countries - and rising. Almost one in three adult New Zealanders is obese, and one in 10 children, it says.

Crunch it down to 25 words.

Just a spoonful of taxation medicine helps the sugar consumption rate go down, in the most delightful way for public health, says the British government.