A review of New Zealand's intelligence agencies has found the laws governing the Security Intelligence Service (SIS) and the Government Security Communications Bureau (GCSB) are clunky, inconsistent and preventing those agencies from properly carrying out their jobs. 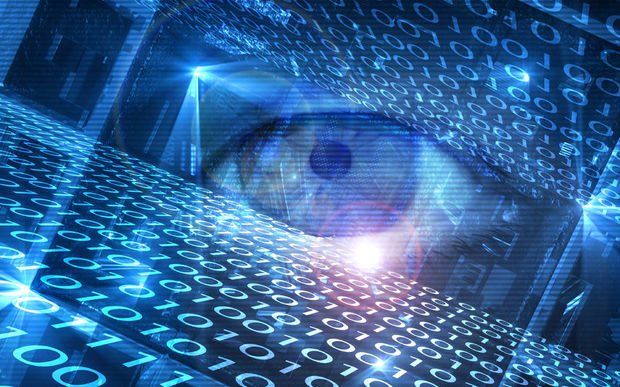 It recommends a single piece of legislation to govern both agencies, but alongside that is a recommendation to allow the GCSB to spy on New Zealanders, which it is explicitly forbidden to do under its current legislation.

The challenge confronting lawmakers, past and present, is how to balance citizens' rights to living in a safe and secure country, against their rights to privacy.

The SIS is the domestic arm of the intelligence network, working primarily with human sources, and physical surveillance - akin to the United Kingdom's MI5.

The GCSB, more like MI6, was born out of army intelligence in the First World War.

It uses electronic technology to intercept communications, and has much more of a focus on foreign intelligence.

But the review found the two agencies' roles had become blurred, with the advent of global, digital communications.

Another problem, it concludes, is that the legal restriction preventing the GCSB from spying on New Zealanders makes it harder for that agency to do its job.

One example given is that if a New Zealander is lost at sea, the GCSB could not legally use its technology to track that person's cellphone.

Or if a New Zealander is believed to be operating in ISIL-held territory overseas, the GCSB could not intercept that person's communications.

The solution proposed is to free up both agencies to carry out surveillance on New Zealanders when necessary, under a stricter new warrant authorisation framework.

As the law governing the SIS dates back to 1969, that agency has much greater powers to spy on New Zealanders than does the GCSB. 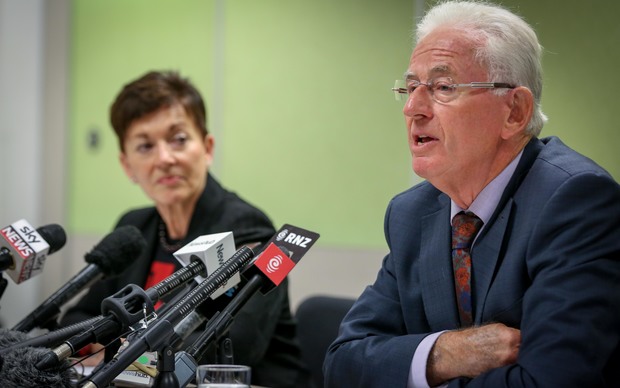 Sir Michael Cullen and Dame Patsy Reddy at the report of the first independent review of intelligence and security in New Zealand. Photo: RNZ / Alexander Robertson

The reviewers said therefore there was a danger the SIS could develop its own interception capability and become a "mini-GCSB", with none of the legal checks and balances required of its sister agency.

The effect of the review's proposals would be the ability of the SIS to spy on New Zealanders would be curtailed, but the GCSB would be given much freer rein.

So one of the main questions to be considered is whether the specific ban on the GCSB carrying out surveillance on New Zealanders should be removed altogether.

The review says, in fact, there is not a complete ban as there are several exceptions within the law.

For example, if a New Zealander works for a company or organisation headquartered overseas, such as the Red Cross, the GCSB can spy on him or her.

Or if a New Zealander's information is collected while the GSCB is carrying out other warranted activities, that is fair game.

Another question is whether the proposals represent an expansion of the powers of the intelligence agencies.

One of the reviewers, former Deputy Prime Minister, Sir Michael Cullen, says he views it more as a "rebalancing" of the powers between the two agencies. 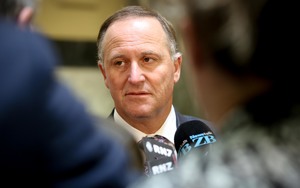 Prime Minister John Key acknowledges the changes would represent an extension to the "authority" of the GCSB to spy on New Zealanders.

But he says it would not be an overall expansion of the agencies' powers.

That is rejected outright by the Greens who call the review the greatest erosion of New Zealanders' privacy ever seen in modern times.

That does reflect a view held by many, who are cynical about the intentions and actions of the intelligence agencies.

Much of the criticism of the changes to the GCSB Act in 2013 was that the process was rushed; validated by the reviewers' conclusions about the unworkability and inconsistency of that law.

Mr Key is now sounding much more willing to work towards getting opposition parties' support for the new legislation, rather than relying on one vote from a support party to get it over the line, as he did in 2013.

He has promised a lengthy consultation process and that any legislation won't be rushed.

That may take some of the sting out of the debate, but there will still be a strong challenge to any move that is seen to be boosting the power or the reach of the GCSB.

The review has attempted to balance the rights of security against privacy by proposing stronger oversight and warranting provisions.

It is now up to the politicians to strike that balance in line with the expectations of the New Zealand public.