BlogWatch columnist Peter Fowler looks at the controversy around the song "Kill the PM" and how misinformation about NZ On Air spread quickly through blogs and reader comments online. 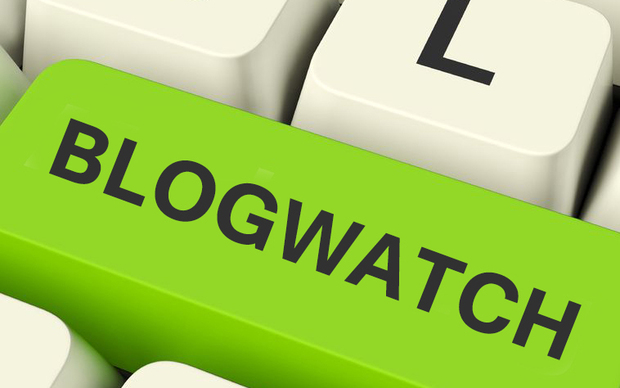 Stuff highlighted a song yesterday by @Peace with lyrics that, among other things, appeared to threaten to kill Prime Minister John Key. The story also mentioned that the hip-hop band had previously received NZ On Air* funding for another song, "Gravity."

TVNZ showed footage of "Kill the PM" being performed at a concert in 2013 and it was unclear how the song suddenly came to the attention of Fairfax.

At 8:30am yesterday a story was published on the WhaleOil Blog under Cameron Slater's byline with the headline "Nasty lefty band, takes state funding, writes song about killing John Key" which was promoted on Twitter.

WhaleOil implied in the commentary that this song was a left-wing conspiracy. "They don't believe in freedom of speech, they believe in bullying, intimidation and now death threats…and you're are paying for it" it said. In the comments section, WhaleOil readers appeared to believe NZ On Air had funded the song, and criticised the agency.

Many of the over 100 comments on the "Kill the PM" article attacked NZ On Air. Photo: WhaleOil

Right-leaning commentator Matthew Hooten associated the song with the Internet Mana party after it had been published on Kim Dotcom's MEGA site. However the songwriter, Tom Scott, was actually encouraging people to vote for the Greens. And the song is on YouTube and SoundCloud, as well as MEGA. 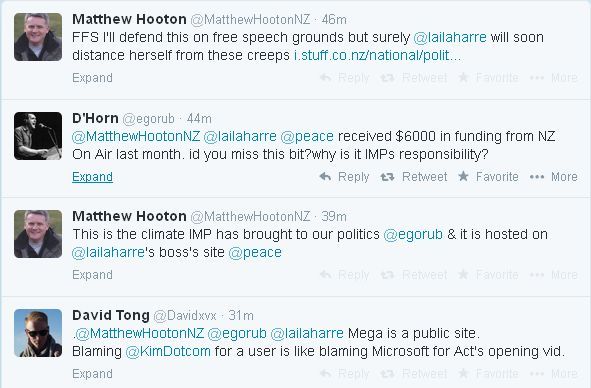 Kim Dotcom is not in control of who anonymously puts what on MEGA - that is the idea behind the site - meaning anybody can post content. So, to infer just because a song appeared on MEGA it had been sanctioned by Dotcom or Internet Mana, was incorrect. Kim Dotcom was not impressed.

By 10am, the right-leaning blog by David Farrar had stated that it was "so wonderful that our taxes go on supporting this band", with the first reader comment on the article reinforcing the belief that NZ On Air had funded "Kill the PM".

Mr Farrar is a board member of the right-leaning New Zealand Taxpayers Union, which just before midday put out a media statement saying the fact the band received taxpayer money from NZ On Air "was shameful".

By mid afternoon, NZ On Air had a social media bushfire on its hands, which it moved to extinguish.

In a Facebook post, NZ On Air explained it did not fund bands or artists, but individual songs, each selected on its merits, for things such as music videos, and "Kill the PM" had not received any NZ On Air funding.

This did not deter The NZ Taxpayers Union, which by early evening continued to imply the song was NZ On Air's responsibility.

Finally, spare a thought for the owner of the @peace Twitter account, Sarah Ross - who appears to have no link to the band whatsoever.

She must have been a little bemused to receive all those Twitter notifications about threatening to kill the Prime Minister of New Zealand. 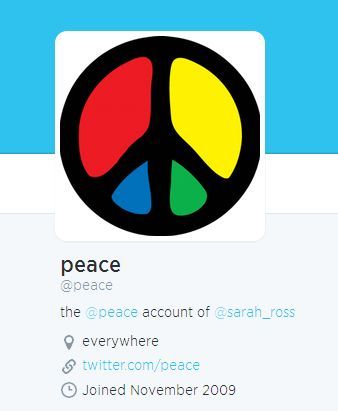 BlogWatch is brought to you by New Zealand's public broadcaster, Radio New Zealand.

* Radio New Zealand is funded by NZ On Air.