Cancer patients are calling on the government to step up as many struggle to pay for their own treatment as medication that could save or extend lives go unfunded. 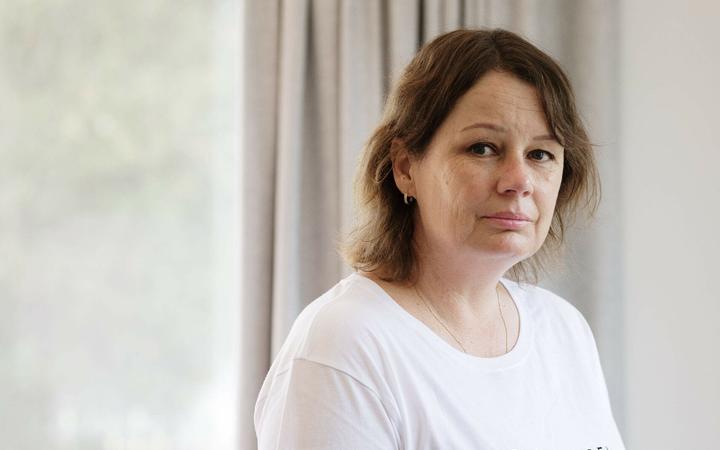 A report by the Cancer Control Agency found 18 gold standard cancer medicines are funded by Australia but not New Zealand, meaning more than 1,000 New Zealand cancer patients a year are missing out.

Nicki Barlow has been a nurse for 20 years working in both Australia and New Zealand, caring for those who needed it. In 2019, the tables turned. She was diagnosed with breast cancer, which is advanced. When it metastasized to her liver, her doctor put her on medication to extend her life but it was not funded here.

"We were trying to figure out how we could afford the $60,000 plus for the three-week cycle of treatment that I needed," she said.

Barlow also needed to receive treatment at a private hospital which added to the cost.

"You sit there and they give you the infusion and they send you on your way. That's essentially it but it costs you about $1,400 every time," she said.

Barlow and her husband had worked in Australia for a number of years so could draw down on their QSuper, an Australian superannuation fund. That meant draining all their savings to prolong Barlow's life. Having given much of her career to the New Zealand health system, she said it was disappointing to face the reality of a lack of funding for some cancer drugs here.

"It will impact on how long I live. It's not just about being disappointed in the system. I am 49-years-old and there's many people like me that will die a lot earlier than we need to because the funding isn't there to access the medications that extend your life. It is disappointing and it is quite scary really," Barlow said.

Heidi MacRae was diagnosed with an aggressive form of triple-negative breast cancer last September. She too funded her own treatment, a medication called Keytruda, to the tune of $69,000. Keytruda is funded in Australia but only for some cancers. MacRae said it's grossly unfair patients are missing out on medication because of the cost.

"It is just appalling. I know of families that are selling their family home to pay for treatment for a loved one and you just look at the pages of Givealittle. People are having to beg for money," MacRae said.

Steve Ioane is one of those with a Givealittle Page. The father of four had worked as a police officer for 17 years when he was recently diagnosed with stage 4 lung cancer. He needs Keytruda but can't afford it on his own. He's currently undergoing treatment, so his best mate Akerei Maresala-Thomson is acting as a spokesperson. 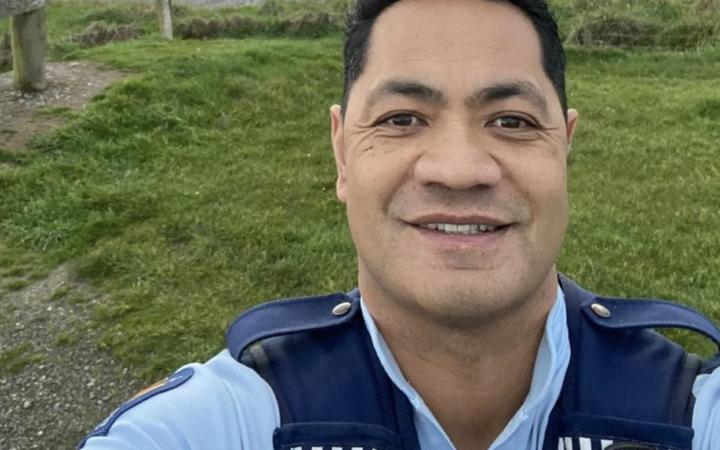 Police officer Steve Ioane is fundraising to pay for treatment in fight for his life. Photo: Supplied

"Steve is somebody that has never been in the hospital other than for the birth of his four kids. As a friend, I don't know what was worse: to be hit with this news or to be hit with the news this country doesn't even fund this type of treatment," Maresala-Thomson said.

The treatment is estimated to cost around $120,000 for eleven sessions. The Givalittle page has fundraised $38,770 so far.

Maresala-Thomson fears if they can't find the money his friend won't survive.

"If he can't pay for it himself then the chances of fighting and surviving and seeing his young kids grow up is dire. He's on stage 4 knocking on heaven's door," he said.

Oncologist Chris Jackson said the report out today proves New Zealand has a poor level of access to cancer drugs.

The Cancer Society said now's the time for the government to act. Nicki Barlow agreed.

Health Minister Andrew Little says that Pharmac will consider the report and there may be more money allocated for cancer drugs in the Budget next month.

He also said the government is looking to do more.