The death of a Lyttelton port worker is further evidence of the need for an urgent inquiry into port safety, unions say. 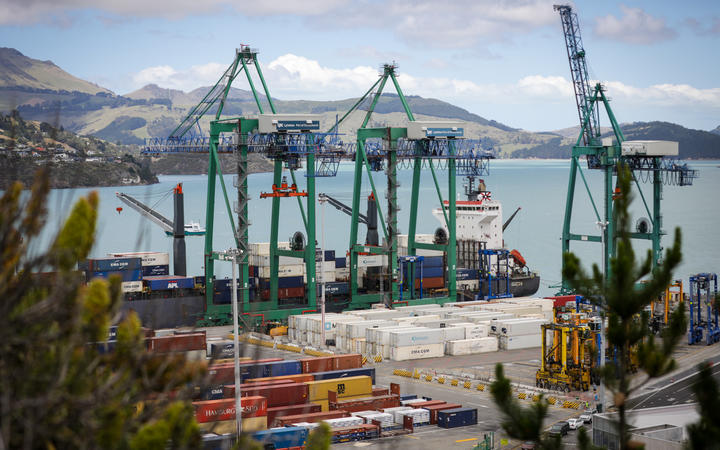 The Lyttelton Port Company worker was killed on a ship that was being loaded with coal for export at Cashin Quay on Monday morning.

Maritime New Zealand is investigating the death, which is the second at the country's ports in less than a week.

Stevedore and father of two Atiroa Tuaiti, 26, fell to his death while working on a ship at the Ports of Auckland on Tuesday. His father was working there when the tragedy unfolded.

Council of Trade Unions president Richard Wagstaff said the Lyttelton worker's death was a tragedy and served to reinforce calls for an inquiry, from which national standards could be developed.

"Every worker deserves to know that when they go to work in the morning, that they will be coming home safely at the end of the day. Sadly that is currently not the case in this industry, and urgent action is needed," he said.

"We've got a terrible record in the industry in the last few years.

"It's not a big industry and if you compare us to the Australian steel and mining industries which have far greater volumes and not anywhere the fatalities or harm we seem to be facing, we can't be doing this every week - we shouldn't be doing it at all."

Workplace Relations and Safety Minister Michael Wood told Morning Report he had received a request for an inquiry from the combined unions last week, before the second death, and has sought further advice.

"I've formally asked my agencies for some advice about what the best ways of responding to that might be. I expect to receive that in the next day or two and then make a decision shortly after then as to whether that's the process we will go through what the best way of doing it if we choose to do so.

"This is clearly a very serious issue. We have a disproportionate number of fatalities and serious injuries in the sector and we will be taking it very seriously.

Wood said he had asked last year for Maritime NZ to work with unions and employers to look at the key issues underlying the deaths and injuries in the sector.

He said two key issues had already been identified; port worker fatigue, and that workers were dealing with heavy and potentially dangerous machinery.

"The important thing here is that we don't just have an inquiry for an inquiry's sake, that if we go down that track that it's adding something to our understanding and actually pointing us in the right direction."

Wagstaff agreed that an inquiry had to lead to change, and said the culture of work at port companies was not supporting safety. "That needs to change with urgency."

"At the moment we can't confirm any further details on the incident. I wish to express my deep sadness and condolences to both the family of our team member and to the rest of the LPC team," she said.

"Our focus right now is on supporting our staff and the family of our LPC team member at this tragic time."