The Raukūmara Pae Maunga restoration project is underway with the first group of workers being sent into the ancestral forest to cull deer and goats. 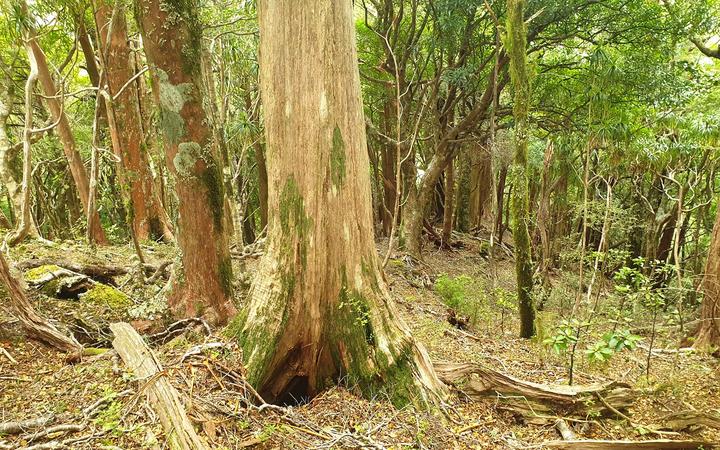 In 2020, years of determination to heal the Raukūmara Ranges culminated in the funding announcement that $34 million was being given to Ngāti Porou and Te Whānau-ā-Apanui in partnership with the Department of Conservation Te Papa Atawhai to restore the mauri of the forest.

The Raukūmara Pae Maunga Restoration Project has employed an interim general manager, Jade King-Hazel, who along with others have been working on getting their operational planning of the project completed, now they are in the stage to deliver on those plans.

When the funding was announced, the two iwi and Te Papa Atawhai had to come together and build a plan from the bottom up, King-Hazel says.

"A key aspect of the planning was to do so in a way that focuses on the mauri of Raukūmara incorporating the matauraunga of both Te Whānau ā Apanui and Ngāti Porou, along with aspects of advice and technical support from Te Papa Atawhai (DOC)," King-Hazel said.

On 8 May is when the first aerial cullers started targeting pests in the Raukūmara.

Those mammals are the reason for ringbarking of trees and damage to the understory. As they are looking for food they damage the trees, or even try to eat them.

They have also started pest plant mahi to get rid of invasive weed species in and around Raukūmara.

The funding for the project has been allocated for over four years with the core delivery of funds ramping up in the second and third years.

Over the first year they have spent initial seed funding which amounts to about 10 percent of the total allocation.

Since the project is moving into the operation phase, around 40 percent of the overall funding will be spent in the coming calendar year to deliver on large scale programmes.

"We are on track to deliver as planned," she said.

Systems and processes such as health and safety and how it will be managed have been set up.

King-Hazel said they know many people would have liked to have seen boots on the ground earlier this year.

"We believe we have done a good job to understand the needs of Raukūmara along with working through a range of dynamics, which is to be expected when working in a collective partnership, to come up with the best solutions to address the problem within, with the current kete of tools we have.

They have advertised and interviewed for three new manager roles and through December to March there will be a large recruitment drive.

There will be three focuses of the roles being advertised; deer and goat culling, operations, and communications and engagement.

King-Hazel said they will have 42 full-time roles working within the project for the next three years. There will be contracting opportunities too.

"As part of this there is a large training component which will set Raukūmara Pae Maunga kaimahi up to not only deliver on the mahi, but also become experts in their fields of delivery," she said. 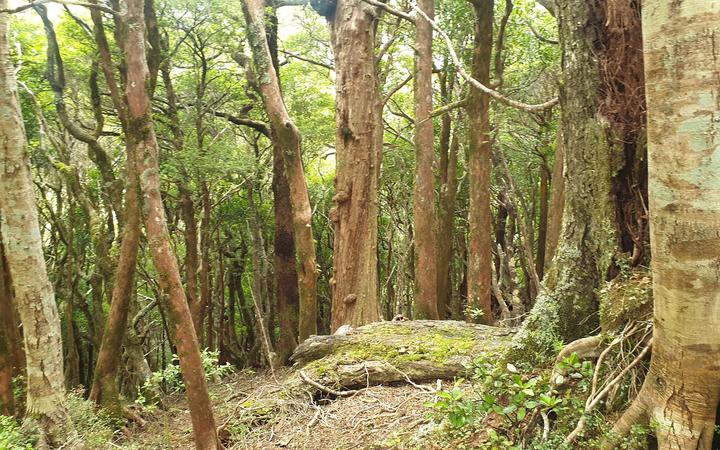 Over the last couple of year's there have been a few hikoi into the Raukūmara to help people connect, see, hear and feel what the place is like.

"Graeme Atkins has been key in that space. Many people know him for the mahi he has done in the Raukūmara, at times on his own, especially in Te Tairāwhiti end of pae maunga. He's been a key soldier, he's a soldier dedicated to Raukumara.

Graeme Atkins is an East Coast biodiversity ranger who is well known for working in the Raukūmara and sharing information about it. He was the 2020 recipient of the Loder Cup.

"Once people go on these hikoi you do get a sense of accountability and responsibility to do your part for Raukūmara.

"Now what that looks like could be different for everyone, it could be purely you're an advocator, or could be you want to be boots on the ground, or it could be simply you share the story of the Raukūmara."

There will be taiao hubs along the coastline, one at Te Kaha, Te Araroa and Ruatorea which will be used by the Raukūmara Pae Maunga team to work out off.

"The purpose of this is to create every opportunity for local people to work within the project with minimal barriers of having to travel to centres like Gisborne or Whakatane," she said.

The project will work with land owners, farmers, whanau, the recreational community and any neighbouring owners around the Raukūmara to get the work done.

She said they wants to work alongside hapu and kura to educate others on what's going on.

"We've heard the call from our local communities and Te Whānau ā Apanui and Ngāti Porou really clearly that they need to be in this space and be the ones to deliver it."

It is a partnership project which means the crown funded it, they do have a role and responsibility in this space, King Hazel said.

"The Crown have been involved through Te Papa Atawhai and provided some of the technical abilities and shared information and advice but they haven't left us to it, and we don't want them to because at some degree the Crown has a responsibility at the end of the day to do what's right for the Raukūmara but what we are looking for from the Crown is for them to allow us to do things in the right way that are suited for Raukūmara, which at times might be slightly different to how government organisations run things.

Conservation minister Kiri Allan went into the Raukūmara in late november to see for herself what it is like.

Minister Allan said in a Facebook post, "Where once bird song was deafening from kererū, kākā, whio and the floors of the forest were lush with native mosses and greenery, protected by a dense tree top canopy comprised of tōtara, rimu, beech, rātā, tawa, hīnau, rewarewa, kahikatea - it was devastating to be in the heart of the Raukūmara with barely a sound to hear, stand on a sparse empty forest floor and sit with Graeme Atkins of Ngāti Porou and Wiremu Wharepapa of Te Whānau a Apanui share through fighting tears the impact possums, rats, stoats, deers and goats have had on the life of the forest." 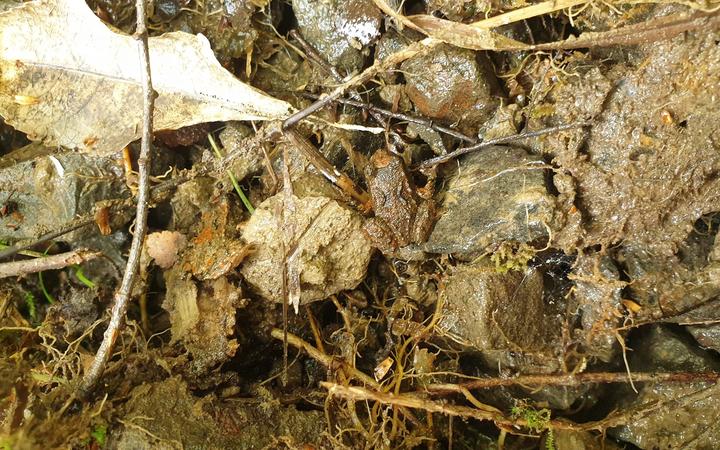 Jade King-Hazel said there are stories from pakeke who would go into the bush for hunting, walks or just to connect with the ngahere.

"They would talk about how you couldn't see even a metre in front of you because the understory was so thick and lush."

King Hazel said now when you go into the Raukumara its "like a highway, you can see for miles."

"There's no understory and that has a huge impact on the mauri of that whenua and on us as people connected to it.

"Most people don't get to see what its like because of how remote the area is. You can't see it from your car. This all occurred because of impact of pests and predators."

There are accounts that there were species who were endemic to the Raukūmara ranges.

"Once upon a time kākāpō used to exist within Raukūmara. These days you only hear about kakapo down south, people would never expect them to be on the East Coast but there are early accounts from pakeke about it."

"There's Hochstetter's frog's/pepeketua, kiwi, long-tailed and short-tailed bats, whio, there's invertebrate, the list goes on. Some of those species we are not seeing that used to once exist in there so the hope is we can get them back."

There is also a Raukūmara tusk wētā or Motuweta riparia which was discovered in 1996.

"We want to give the Raukūmara some breathing space to allow that understory to come back. We hope that overtime we will be able to reintroduce some of those taonga species we have lost and give them the ability to really thrive."