The Department of Conservation and iwi are appealing for information from the public after two kea were shot dead in Golden Bay. 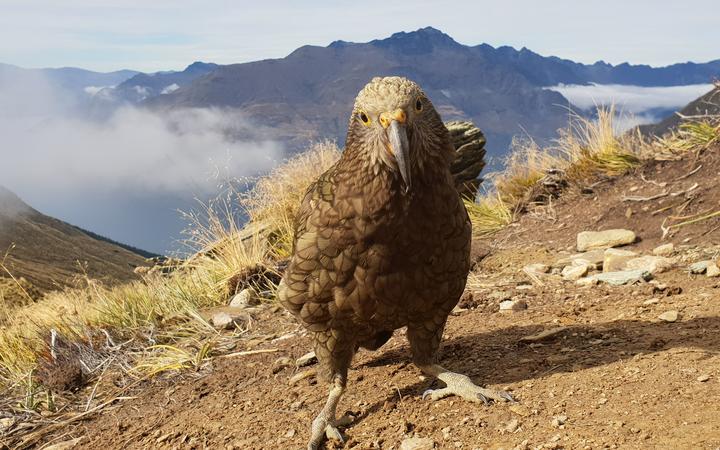 The endangered birds were handed in by members of the public, who found them near Ligar Bay in November.

A Massey University pathologist carried out post-mortems on the kea and found they had been shot.

"Killing kea goes against the hard work being done by people in our community carrying out predator trapping and other measures to protect native species, including these intelligent and inquisitive parrots."

Kea nest on the ground which makes them susceptible to predation and in areas without predator control their numbers are declining.

Andrea Goodman from the Kea Conservation Trust said it was especially sad as one of the birds was a juvenile male that was banded as a chick in Pōhara last year.

It was being monitored by the Kea Conservation Trust and the Friends of Cobb.

The fact the birds had been shot was "a slap in the face" for those who were working so hard to protect them.

"There's a lot of people doing a lot of good work protecting kea in the area so to have this happen is not just sad for the kea, it's actually really sad for all those people who are putting in so much time and energy and money into protecting this taonga species."

Goodman said kea could live into their thirties and it was the time of year when young birds would mob up and hoon around.

"Sometimes they can get into a bit of mischief, they are just young birds testing their beak out and getting into stuff. It can be quite a pain to have them around but we find that the birds tend to move on after a couple of weeks, especially if they aren't being fed or encouraged."

While kea were thought of as an alpine bird, they were historically found right down to sea level. Goodman said she had even heard stories of kea being seen on fishing boats in Golden Bay.

While their numbers in the area weren't known, Goodman said there had been sightings of groups of up to 25 kea - known as a circus of kea - in the Kahurangi National Park.

"We seem to think there are more kea than they really are just because they're so gregarious, they are outgoing, they are in your face but actually, there's about 3000 kea left in the world, only in the South Island."

If kea were causing damage to property, Goodman recommended people wrap chicken wire or mesh around objects they wanted to protect. Soft items like garden hoses or gumboots should be moved out of reach.

"It's about trying to make your place less attractive to kea and not encouraging them if they do visit, to stick around."

Killing protected wildlife is an offence with a maximum penalty of up to two years in prison, a fine of up to $100,000 or both.

"It gives us a bit of insight into where these birds are coming from and where they are going and how long they are living."

Anyone with information about the kea shooting and who may have shot the birds is asked to contact the Department of Conservation (DOC) 24-hour number 0800 DOC HOT/0800 36 24 68.