The union representing senior salaried doctors says there is growing anxiety about Omicron variant among hospital staff in an already burnt out workforce. 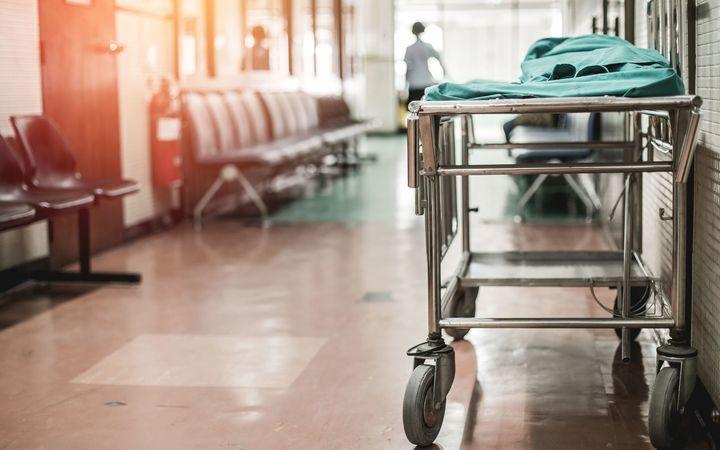 The Association of Salaried Medical Specialists said this time of year is already busy with an influx of patients coming in over the Christmas and New Year break.

Executive Director Sarah Dalton said there are also major concerns among members about an Omicron outbreak, given that patients needs are already not being met, which is being exacerbated by Covid-19.

"Our members are extremely concerned that if Omicron became prevalent in New Zealand what that would mean, not just for people who become sick with Covid, but for people with other conditions who might miss out on care because of the strain on the system," she said.

Despite this, Dalton said employers have shown little interest in improving working conditions and remuneration for doctors.

"Particularly remuneration and recovery times for people who are working antisocial hours, working over nights and over weekends, which is particularly demanding for emergency doctors and those working in acute settings, where people are very ill and need to be treated immediately.

"That's really frustrating and causing some anger for our members, she said.

She warned that more health workers will vote with their feet and move overseas once the borders re-open.

"It is very easy for employers and even for the government to say we really value our healthcare workers, but we are not finding the level of engagement around terms and conditions for those people in there doing the work that backs up that gratitude.

"Words just aren't enough at this time, we need to see some real movement," she said.

The associate health minister and duty minister said they were not available for an interview.

In response, the Ministry of Health said that reports of burnout were always concerning and were taken seriously.

"The ministry has previously met with the Association of Salaried Medical Specialists and acknowledged the stresses in the system," it said.

"There has been significant investment in the health workforce over recent years including increasing the number of medical school places and recruiting more SMOs [Senior Medical Officers].

It also said it planned to run an international and domestic recruitment campaign for nurses this year.

It said it understood the anxiety around Omicron and was working alongside the workforce to come up with initiatives to help surge and upskill the health workforce.

On pay, it said collective agreements from various workforces were ratified during 2021.

"It is expected that in 2022, further progress will be made across all the pay equity claims, with all parties involved sharing the goal of ensuring equitable pay for these critical workforces."