Metlink warned of delays to its bus services in downtown Wellington after protesters took to the streets just before midday. 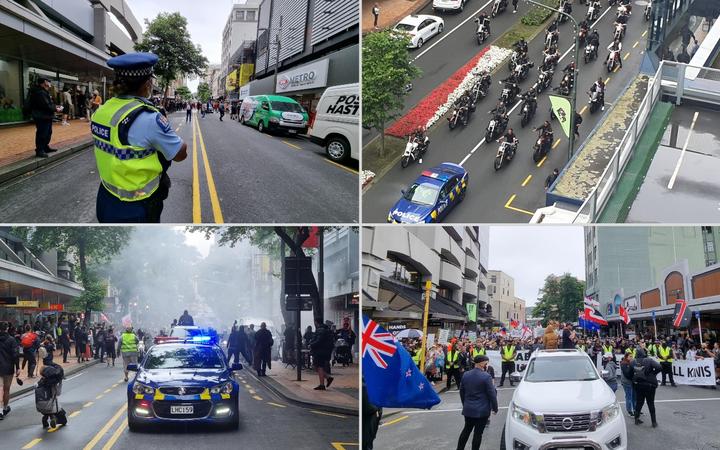 Protesters take to the streets in a march against Covid-19 restrictions in downtown Wellington on 16 December. Photo: RNZ / Jake McKee, Ruth Hill

About 3000 people marched from Civic Square to Parliament to demand an end to the Covid-19 vaccination mandates and traffic light restrictions.

Police have closed off Willis Street and part of Lambton Quay.

Late this morning, Metlink said all services which lead to the Lambton Quay Interchange would be diverted via Taranaki Street and Jervois Quay while the protest was underway. Bus stops on Courtney Place and Wellington Station remained open.

The protest - organised by Brian Tamaki's Freedom & Rights Coalition - took place the day after Parliament rose for the year.

Many have travelled from around the North Island - including from Auckland where the borders reopened yesterday.

The milestone means nearly 3,800,000 people have rolled up their sleeves for two Pfizer doses. 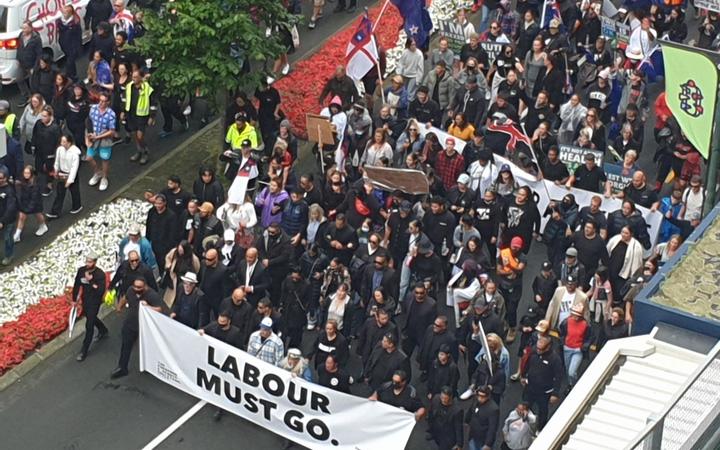 Protesters take to the streets in a march against Covid-19 restrictions in downtown Wellington on 16 December. Photo: RNZ / Ruth Hill

Parliamentary Security fenced off the forecourt to prevent any protesters entering the Parliament building, and staff are being warned to stay away from the windows.

About 50 police officers stood on the forecourt.

Successive speakers have called on Prime Minister Jacinda Ardern to resign over what they call unfair curbs on their freedom.

Most MPs have already returned to their electorates after yesterday's adjournment debate. 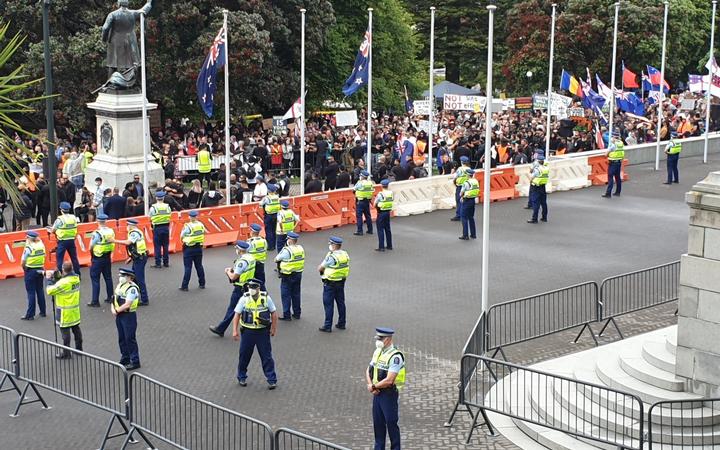 A large police presence is seen around parliament buildings in Wellington after people protesting against Covid-19 restrictions marched there. Photo: RNZ / Ruth Hill