Local hospitals across the country will have a total of 355 beds upgraded to better manage Covid-19 patients, the the government announced. 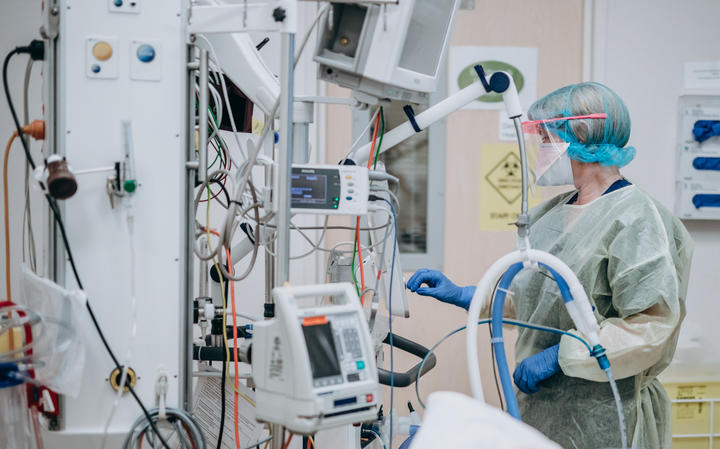 From Kaitaia to Invercargill, 24 hospitals will receive upgrades, largely to isolate Covid-19 patients in their own wing or in negative pressure rooms, Health Minister Andrew Little said.

Most of the Rapid Hospital Improvements Programme projects will upgrade or repurpose existing hospital assets.

The projects would include 23 new intensive care and high dependency beds, and eight temporary bed conversions to ICU, the announcement said.

The projects span from creating dedicated pandemic response wards, negative pressure rooms and air and ventilation upgrades to benefit both Covid-19 patients and non-Covid patients by reducing the risk of exposure from other parts of the hospital.

"These upgrades will allow routine and planned care to continue and patients with mild to moderate Covid-19 to be treated, while helping to protect all patients, visitors and staff from the virus," Little said.

He said treating Covid-19 could be, and has been, disruptive to other parts of hospitals.

"Today's announcements are about minimising that disruption.

"We asked DHB regions to prioritise projects that would strengthen local hospitals to provide planned and routine care in the age of Covid-19, and could start as soon as possible in 2022, with some projects completed as early as March."

The government had already announced $100 million in capital funding for the improvements and $544m in operational funding, including for staffing.

Little told Morning Report most of the projects should be completed in the next six months.

Under the circumstances, with DHBs having to manage the immediate Covid-19 challenges last year, improvements were happening as quickly as possible, he said.

"Actually getting changes to hospitals and knowing that there is construction required ... you've got to go through, get the designs done, cost them out.

"In an ideal world it might have happened more quickly, but it is what it is."

Staffing was a major challenge at the moment, with a large number of vacancies in the health system, Little said, but $544m was allocated to staffing over a number of years, and DHBs had signed up to recruitment campaigns starting next year.

"I'm confident that the measures we're taking in relation to the workforce and active recruitment campaigns that we will cover these."

The two biggest individual financial investments are to Tauranga and Christchurch at around $12m each.

Intensive Care Society spokesperson Dr Rob Bevan said the vast majority of the funding appeared to be for remediation rather than new ICU beds.

"We would like to understand a little bit more how 30 beds is reached in this new capacity," he told Nine to Noon.

About $15m of the funding was specificially earmarked for ICU capacity, he said, made up largely of 12 beds in Christchurch, two in Tauranga and an unspecified number in Gisborne.

"From what we can see in the details we are adding approximately 16 new ICU beds."

The second tranche of $22m seemed to be largely remediation of existing capacity in some of the regional hospitals.

New Zealand's ICU capacity is around half what Australia started with before the pandemic, he said, and it needed to get to between 10 and 12 beds per 100,000 people.