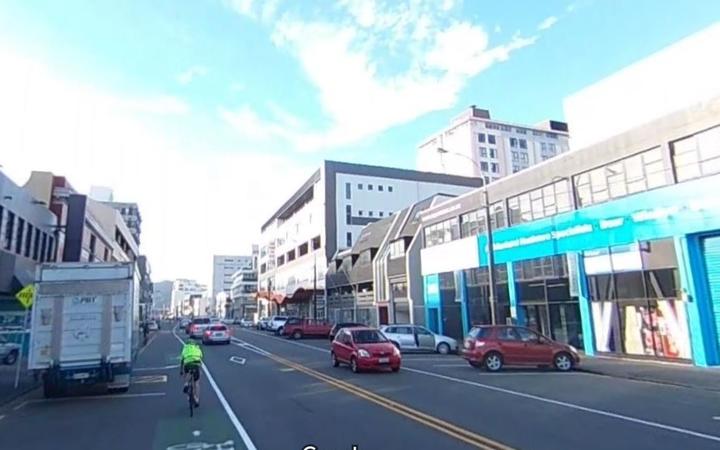 More than 1200 people have signed a petition calling on Wellington City Council to reverse its move in September to remove 145 carparks to create a cycleway.

One of the petition's organisers, Dale Scott, told councillors this morning that revenue is down significantly for many retailers and service providers and risked creating "dead zones" due to an exodus of popular businesses.

"We've already got two businesses that are going to leave the area so we're going to have Thorndon Quay hollowed out, that's going to impact lease values and property and you're going to have urban sprawl and lost jobs, which is contra to a 'compact city objective'."

The loss of carparks had led to a surge in double-parking, u-turns and actually made the road more dangerous, he said.

"It's not going to change vehicle reliance because people will simply drive further to find alternative services... so the council has scored an own goal on climate change."

The petitioners also criticised the council's data on parking usage, saying it did not take into account lockdown, broken sensors and roadworks, which affected parking.

"I think you would find Trump's tax lawyers would do a more honest analysis of data."

He withdrew the comments and apologised when asked to do so by Mayor Andy Foster, but said he wanted it noted there had been "a lack of good faith in the data and how it's been presented today".

A senior planning advisor, Moana Mackey, told the council there were some technical problems to work through when the sensors were reinstalled - but that would only have had a minor affect.

Staff were confident their data was robust, as it was based on real-time monitoring.

It showed after the changes, peak period week-day parking occupancy at 10am averaged just under 63 percent and the average over the day from 8am to 8pm was just under 52 percent.

"Officers do not support reversing this decision, in whole or in part," she said.

"The decision was made for safety reasons which have not changed since committee resolved to make this change less than six months ago."

A proposed amendment by councillor Diane Calvert for an independent assessment of the changes was voted down - three votes to 11 - after council officers pointed out it would cost about $50,000 and not tell the council anything new.

The council voted unanimously not to reverse the decision.

It was noted that submitters would have further opportunity to influence the final design during consultation next year on the regional transport blueprint, Let's Get Wellington Moving.