A series of investigations is underway into a Kaiapoi GP who's been filmed handing out fraudulent vaccine exemption certificates at her clinic. 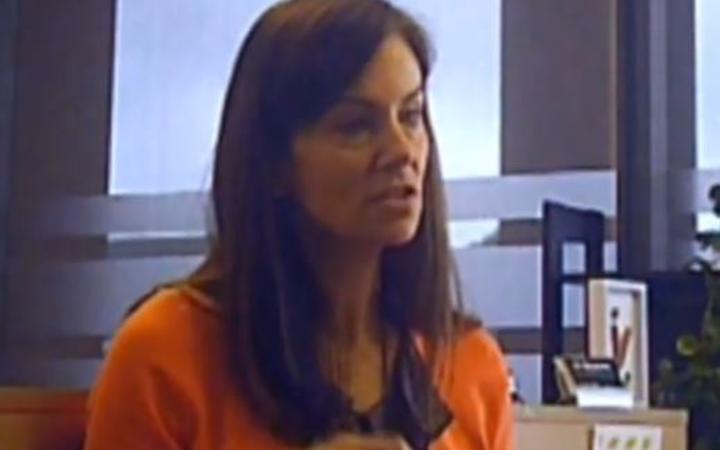 Newshub captured Jonie Girouard coaching clients on how to get away with using them and declaring she was unvaccinated.

Today someone was behind the reception desk at the clinic, but while the sign on the door said open, nobody was coming to let RNZ in.

Girouard was nowhere to be seen when RNZ visited the home she shared with husband and fellow doctor, Michael Girouard.

The Medical Council, the body that ensures doctors were competent and fit to practise, said it had been notified of the case and was now considering the concerns raised in the story.

"There is no place for anti-vaccination messages in professional practice, nor breaches in professional and legal standards such as conducting an in-person consultation while unvaccinated," Medical Council chair Dr Curtis Walker said.

All mention of the Girouard's weight loss business, including its website, had been taken down on Thursday.

Hailing from the United States, the Girouards have both worked as doctors for over 20 years, including as missionaries in Ecuador and Africa.

Prime Minister Jacinda Ardern said it was disappointing to see a health professional undertaking activity that put others at risk.

"I do want to give people the assurance though, this appears to the actions of some individuals here, and we will be paying close attention to what's happened and see what other ways we can make sure it isn't replicated," she said.

Medical Association chair Dr Alistair Humphrey said on the face of it the case was a clear cut case of fraud.

"There is case law in this country that doctors writing certificates, and that was at least one case of what you might call ordinary sick notes, have been convicted of fraud which carries a maximum I think three years sentence under the under the Crimes Act. So I think on the face of it, it appears to be something that the police should be investigating."

The Ministry of Health said it was writing to Dr Girouard today to remind her that it was a breach of public health orders to continue seeing patients face to face if she remained unvaccinated.

It said it was continuing to investigate the matter.

The police said they are looking at the case as well after receiving a complaint from the Medical Association.

"Police have a range of resources when investigating fraud complaints and an individual could find themselves charged under the Crimes Act or the Covid-19 Health Act," a spokesperson said.