The first electric ferry in the Southern Hemisphere will soon be switched on and leading the charge across the Wellington Harbour.

RNZ reporter Tom Kitchin and visual journalist Angus Dreaver stepped on board for a sneak peek.

The ferry will be launched next week, but Prime Minister Jacinda Ardern got her own sneak peek today.

Looking out over the panorama of Wellington Harbour, the Ika Rere is safely docked at the Seaview Marina in Lower Hutt.

But soon enough, it will make its way across the choppy Wellington seas into the city.

Ardern was having a look on board today to find out about how the ferry will run. 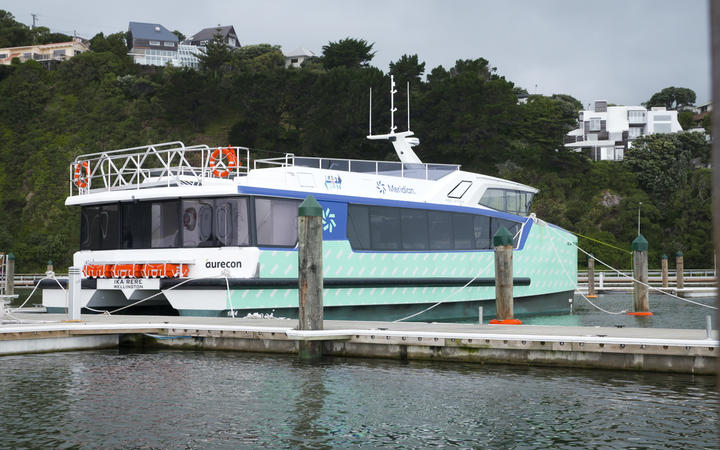 She told ferry bosses it had been difficult for New Zealand to move forward in transport compared with other countries, but believed the government was making strides.

"That's been an area where in other countries [it has been] much easier for some of them to do it, they've already got mass public transit systems, we're having to make a big leap in the way that we're working.''

She thought the ferry was a good move in the right direction.

"Initiatives like this are exciting because it's a chance to build industry." 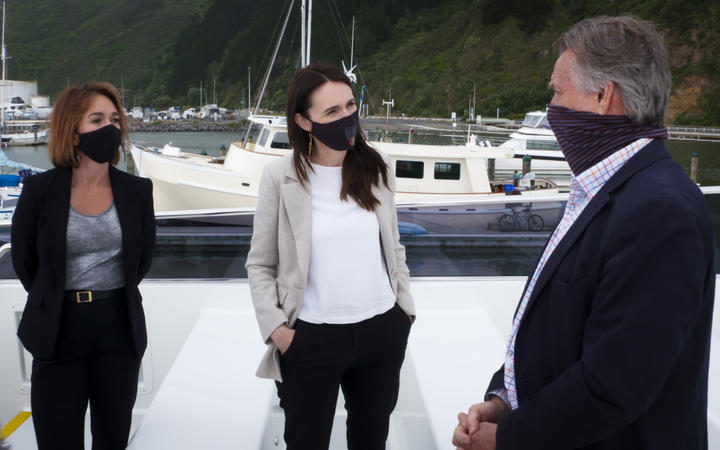 However, the project's leaders told Ardern there was no real incentive from government to develop marine transport.

"There is no real incentive from government to get marine public transport into the sustainable arena," East By West managing director Jeremy Ward told Ardern.

But Ardern told them emissions targets were pushing authorities in the right direction, with Auckland Council very keen to follow Wellington's lead in launching its own electric ferry service.

"The reason that Auckland Council are talking to you almost daily is because of course the targets that we've all set ourselves mean that then, the reality of them means that they are incentives, because they're wanting to convert to reduce emissions or head down to zero emissions public transport options, and so they have to start converting. So those incentives, they may not be direct, but they do exist." 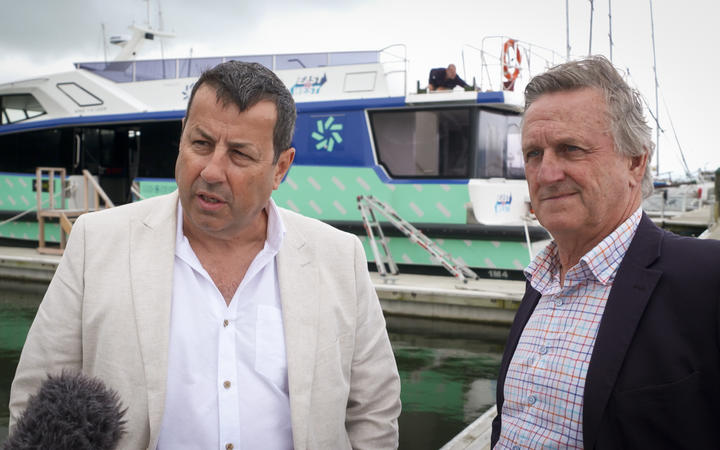 "Covid [gave] us two sets of delays and we've had shipping delays trying to get stuff from all over the world for the project," Foote said.

They said travelling on the ferry would be quiet, and Ward gave his assurance that it would cope fine in Wellington's infamous weather.

"Our boats are pretty seaworthy - I mean they're a special design, Malcolm Tennant design - they run through the water and this boat is 19 metres compared to our flagship at the moment, which is 16.5 metres so it's a bigger boat, so the riding capacity on it in the sea way is just superb."

The official launch is next week, and the first public sailing will be just before Christmas.

By February, the sailings should become more frequent, bringing the spark to get Wellingtonians moving.