The future of 24 stolen dogs is up in the air as an animal welfare organisation refuses to hand them over, while police demand they are returned to the owner. 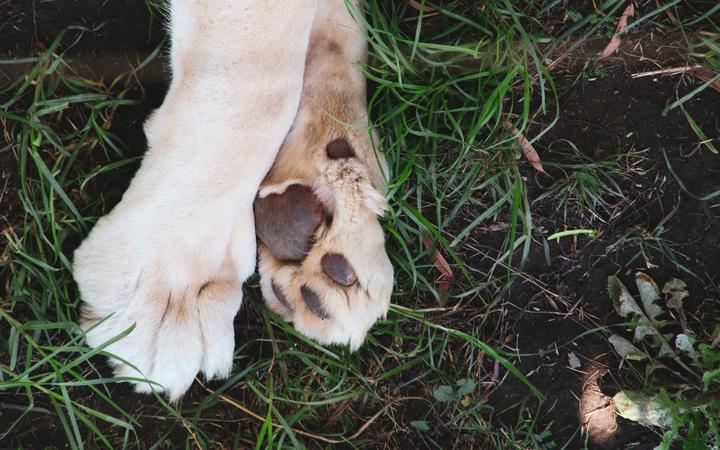 Animal charity Helping You Help Animals (HUHA) alleges the dogs were taken from a Taumaranui puppy mill where they lived in cages or a barn and were suffering from chronic conditions including dislocated knees, periodontal disease, hydrocephalus and dwarfism.

Chief executive Carolyn Press-McKenzie said the organisation was contacted by a stranger and picked up the animals, mostly pugs, under mysterious circumstances in mid-September.

"We drove on to Hunterville and met this person on the side of the road in the dark park, and we took possession of 25 dogs. They were all very stressed and it was quite an emotional sort of handover."

Press-McKenzie said the organisation contacted the police and the SPCA on the same day, as they suspected the neglected animals were stolen.

She said the dogs, which have since been in HUHA's care, were assessed by their vets as being in poor to critical condition.

One of them has since died, and of the 24 remaining, several others still need specialist care.

HUHA said the police were demanding the dogs be returned to the breeder but the organisation was concerned about the animals' welfare if they were returned.

Press-McKenzie said her team was planning to peacefully resist, despite being warned they may be arrested and charged for obstructing police.

"We talked about it as a team and we're prepared to do that because we can't pass them over knowing that they're going back to a situation of suffering and poor welfare."

HUHA was also concerned that a vet who saw the animals failed to notify authorities and the organisation filed a complaint with the Veterinary Council, she said.

She said puppy farming is a significant problem in New Zealand and the inability for the police and the SPCA to protect these dogs highlights systemic animal protection issues.

The Vet Council said it was unable to confirm HUHA's complaint due to privacy reasons, but said complaints took four months on average to resolve.

He said the dogs' conditions described by HUHA - including fleas, overgrown nails, cysts, and dogs that are underweight, unsocial, and un-toilet trained - suggested health issues that most vets would be concerned about.

Neither the vet nor the breeder have responded to RNZ's requests for comment.

Police and the SPCA both said they were investigating and declined to comment further.