A Newmarket retailer says she will be closing her doors on Saturdays from now on after anti-vaccine mandate protesters caused havoc over the weekend. 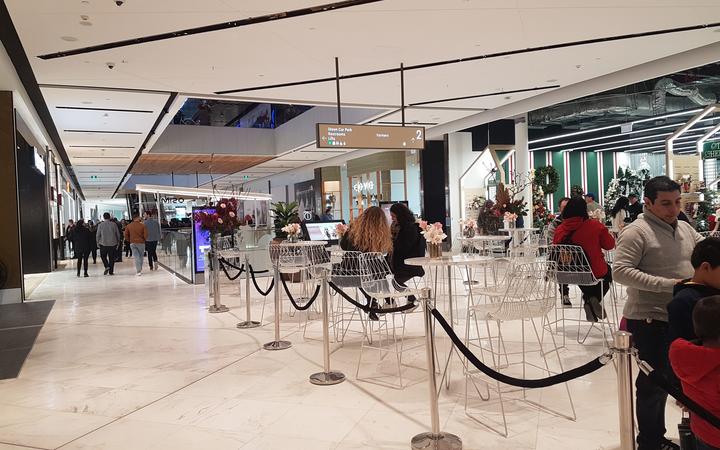 Hundreds of protesters gathered in Auckland's Domain where they disrupted children's cricket matches before heading down Broadway forcing shoppers to go elsewhere and retailers to shut up shop.

The Newmarket Business Association estimated the protest cost retailers up to $600,000 on what should have been the busiest shopping day in more than 100 days of lockdown.

Clothing store Fuschia Boutique on Newmarket's Broadway has been open for nearly 25 years and owner Raewyn Kavermann said she had never seen anything like it.

Saturdays are the busiest day of the week for the shop, but Kavermann said they've decided to close every Saturday until further notice to avoid the protesters.

If the protests continue, it will cost the business thousands of dollars.

"We're not going to open at all on Saturday … just to be safe, and I'll just open up on Sunday. I think it's the right decision because you don't know who's coming in the door. These people that are protesting need to stop and think about others and what are they actually achieving by basically bullying and not looking after their neighbours."

Kavermann said she was emotional and frustrated.

"I don't agree. To do a protest and a gathering with children and the vulnerable. There's other ways you can do that. You can write letters. You can use social media."

Manager of Modes Eventwear on Broadway, Jackie Dudley, said things were just starting to pick up again after the lockdown with bridal parties coming to choose dresses for postponed weddings.

Dudley said it was chaos outside.

"People couldn't cross the road. They couldn't drive down the street. They couldn't park so anybody that was wanting to come would just have flagged it and gone home."

Newmarket Business Association chief executive Mark Knoff-Thomas said he was enraged and shocked by what he saw on what he had hoped would be one of the busiest shopping days of the year.

"It basically moved its way along Broadway from the Domain and came all the way through, blocking traffic, blocking side streets, snarling up the motorway network. There were big signs on the motorway telling people to avoid Newmarket, which is never a message we want people to have, so some shops had to close their doors just for the safety of themselves and their staff. Westfield Mall put down the shutters on Broadway to make sure that they were kept safe."

The protest lasted around an hour and half, during which time Knoff-Thomas estimates Newmarket businesses lost up to $600,000 in revenue.

He says his phone lit up with calls and texts from business owners feeling concerned and intimidated.

"We've got people who've been surviving on the smell of an oily rag for quite some time, and this last Saturday was the first Saturday we've had with all of our sectors open for the first time since August, with our hospitality and all of our retail up and running ... they certainly put a damper on that."

RNZ spoke to several other business owners who didn't want to speak publicly, fearing they could be targeted by anti-mandate or anti-vaccine activists.

Police said in a statement that it was a peaceful protest that was self-managed by marshals in conjunction with police.

There were no arrests or incidents of note, but police acknowledged that people were inconvenienced.

Dudley feared the protests would happen again, and said those taking part were selfish.

"I didn't think it was a very good cross section of New Zealanders that were going through. I don't think people can get away with being threatening."