There are fears from health professionals that the government's sudden boost in hospital funding to prepare for Covid-19 cases is overly-ambitious so late into the pandemic. 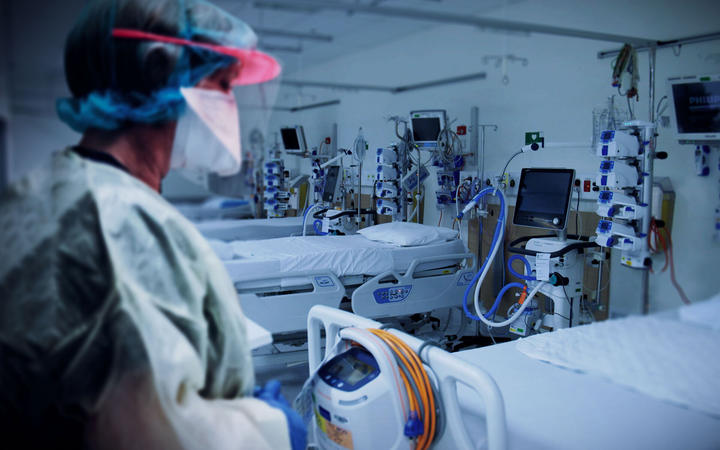 The Government is going to pump $644million dollars into ICU capacity and operational costs.

But health experts and opposition parties say while the money is welcome, it is going to take time to build capacity and train staff.

New Zealand currently has one of the lowest ICU bed per capita in the OECD.

"With the traffic light system, Covid is going to move around the country. We needed to know we've got...doing everything we can to maximise ICU capacity."

Cabinet has earmarked $100 million dollars from the Covid-19 Response and Recovery Fund to accelerate ICU projects and another $544 million of operational funding such as staffing.

$98 million will be spent in Waitakere, Waitemata, Bay of Plenty and Canterbury.

Of the projects announced, Little said three would be available in the next six months and another other was a "couple of years away."

Waitākere Hospital will receive $65 million dollars and its first ICU, much to the delight of Waitemata DHB Deputy CEO Dr Andrew Brant.

"Out west is actually a very large population of 240,000 people and it's a big, fast growing area of Auckland. This really gives extra capacity, great extra capacities, for Waitākere hospitals," Brant said.

"This just isn't good enough. We can't afford to keep responding to a pandemic in such a delayed fashion."

"It's better late than never so we are all very grateful for it coming our way. The timeframe is certainly short, within six months to try and open up a large number of beds. The biggest issue is going to relate to infrastructure being built and staffing those beds; recruiting and training takes longer than the timeframe of six months, which is currently where we're looking at."

He said the Government also needed to look at where there is most likely to be an outbreak and where ICU capacity is marginal- such as Tairāwhiti, Lakes, Whanganui and Northland.

"I would chose those areas because when you've got a small number of ICU beds like that it wouldn't take much of ordinary business as usual to take one of those beds- you know, the non-coronavirus stuff that's giving us that 70 to 80 percent occupancy rates already and then suddenly your ICU capacity is significantly reduced," he said.

But overall he said this could have all been avoided earlier in the year, by repurposing of the money being used for the health restructure.

"A portion of that money would have more than doubled our ICU capacity and now here we are at the end of the year having this epiphany. I think we could have made these decisions earlier and better use of health funding," he said.