Some small businesses are concerned about how long it takes for police to arrive to their call-outs after an incident in which they say they waited for nearly an hour. 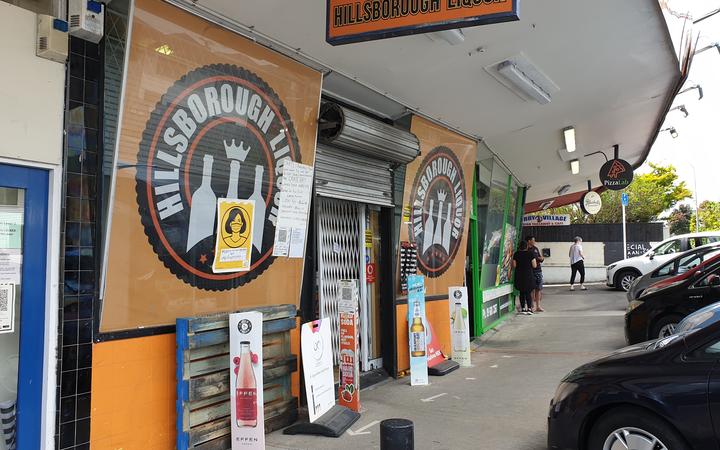 Small businesses in Hillsborough, Auckland, say they were left in fear because they think police took too long to arrive when they called for help. Photo: RNZ / Liu Chen

Some operators in the Auckland suburb of Hillsborough are among the latest to be affected by threatening behaviour from intoxicated and aggressive customers or passers-by.

They say despite calling for backup, officers did not get there in time.

Police said there were "other demands", but they responded as soon as possible.

On Saturday afternoon, Udey Singh-Rana arrived at his curry restaurant with his wife and two daughters to prepare to open up. He saw his front door was smashed and an intoxicated man charged at him.

He then retreated to his car and called police but said they did not show up until about an hour later.

"We were calling ... next door the liquor person was also calling continously," Singh-Rana said.

"Police came very late, for maybe one hour [we waited]."

Jash Kanakia, the manager of a liquor store on the same premises, said the drunk man had been causing issues there for a while.

He said the man punched their grille door after staff refused to let him in and sell him alcohol, and yelled racist and threatening comments.

Kanakia said he and other staff were hiding in the back of the store and kept calling police, but the wait was ridiculously long.

Pamit Pawar, the manager of a pizza store next door, said everyone was scared and they called police 17 times.

"If they knew that there is an incident going on the place, they should come first but like every time [you call] they ask about your name, what's your contact number? What's your position? What's your address? That doesn't make any sense."

Police said they responded as soon as they could to the incident.

A 31-year-old man has been arrested and is facing a number of charges, including two counts of common assault, threatening to kill, wilful damage and a threatening act.

In the year to October, victimisation in Auckland police districts was up 23 percent, he said.

Kaushal said police resources were stretched with needs at the border, managed isolation and quarantine facilities, and protests, and small business owners often did not report incidents.

"They have lost their faith and lost their trust in the system. Now don't get me wrong, police are doing their good job, but there is not enough police. They are stretched. They're underfunded," he said.

"Sometimes forensics are only sent the next morning and they haven't been able to attend and I just feel incredibly sorry for them."

Adamson said crime was a complicated issue which required a collective effort from the ministers of police, housing, and health.

Newmarket Business Association chief executive Mark Knoff-Thomas said police's ability to respond in a timely manner had been compromised at the moment.

"We're really looking forward to a time in the very near future where police numbers in the frontline are boosted once again and we can see more police in our town centres doing patrols, maintaing safety and public order."