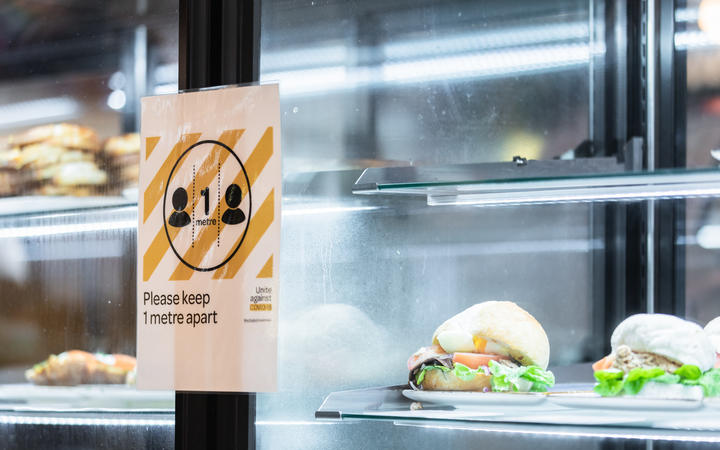 Soul Bar and Bistro's commercial and events manager Olivia Carter said the business has been preparing for days.

"It's a mixture of being excited, of being nervous and have that real sense of butterflies in my stomach almost but I can't wait," she said.

They dusted off the tables a few weeks ago for staff to start preparing.

"We're delivering the summer menu so our staff have come in and we've gone through how the dishes are prepared, we've tasted them all, we've had some wine tasting also some cocktail tasting with new cocktails added to the menu."

It will open at 11am and have four seatings of 100 diners with set start and finish times.

"It is only 100 people, once you stand up you need to put your mask on, it's still distanced, and lots of restaurants will have timing restrictions in play to try and maximise these last few lost months."

But Carter said that was still a third of the number of customers through the door in normal times and turning a profit under Covid red is questionable.

She said restaurants needed to book every table and no-shows were a no-no.

"If you are deciding that you're not going to come in to whatever restaurant it is, please ring them and let them know because you not showing up with six people really is huge to us and if they can get somebody else in on that table of six then that's really important."

The Family Bar and Club is one of six bars under its umbrella in Auckland, including at the Viaduct.

Operations manager Grady Elliott said the bars will open, but not its nightclub - where social distancing is hard to police.

"Sixty percent of our turnover is still under lock and key and is going to be in that orange light situation so we're still stuffed and plans for New Year's Eve, well, we don't even know if we'll be doing New Years Eve at the moment it's all a bit up in limbo."

The city is not expected to spring back to life overnight, given office workers are yet to return and the border opens on 15 December.

The Park Hyatt is a boutique hotel at Wynyard Quarter with four venues including a cafe and restaurant.

"When we do open up the weekends are going to be strong and the weekdays will be very quiet. There's still a lot of hesitancy of people returning to work unfortunately which will have a flow on effect during the week," he said.

The hotel has 195 rooms and bookings are starting to come in - including some from the South Island.

"We are seeing a bit of travel and a lot of bookings coming from the South Island which is pleasing but there is a concern that a lot of people may just get out of Auckland."

"Breaking even would be a good result, I'll be honest with you. Everyone is in the same situation because a lot of people do go away to their baches."