Auckland's Covid-19 outbreak looks to have peaked but a leading data modeller is warning that the situation could change as the traffic light system is introduced. 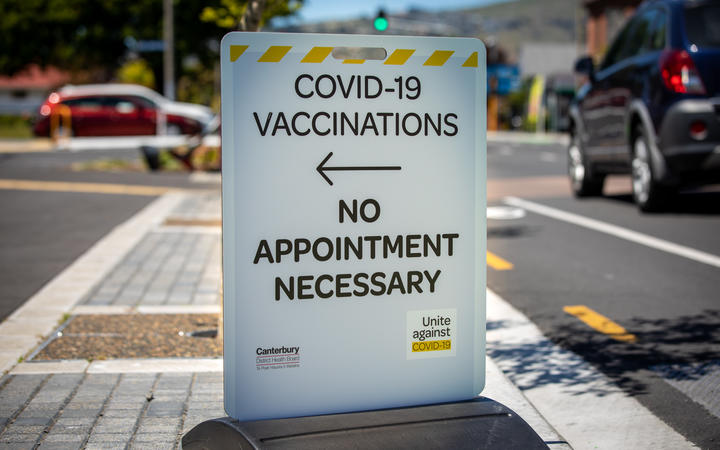 "Case numbers have started to inch downwards. We've seen that as the vaccine coverage has increases the rate of spread has gradually come down," he said.

Cabinet will today confirm the country's move to the new Covid-19 protection framework on Friday which will mean areas that have been under alert level restrictions are more open for business.

Vaccine passes, masks and scanning will instead be used to try to control the spread and, in the event of outbreaks, there could be further distancing and gathering limits or even regional lockdowns.

Plank said it was unclear how the traffic light changes would impact the outbreak.

"Things are very finely balanced at the moment and so it wouldn't take much of an increase in contact rate to push the R number above 1 and start to see cases increase again," he said.

A particular worry was how the virus will spread among Māori communities with lower vaccination rates, he said. It had the potential to take off and more effort must be made to increase rates.

In the Counties Manukau area of Auckland, only 69 percent of Māori were fully vaccinated compared with 89 percent of all Aucklanders.

Clinical director of the city's vaccination programme, Dr Anthony Jordan, was giving inoculations yesterday with a team from Manurewa Marae.

There were 172 people vaccinated, which was excellent for this late in the programme, he said.

Epidemiologist Rod Jackson said the push for high rates must continue into the high 90-percent level.

He agreed it was unclear what the impact of the new Covid-19 protection framework would be.

He was worried there could be spread in schools before the end of the term.

"If we make it through to the end of school, I think we'll be okay for summer unless this new variant rears its ugly head," he said.

Australia confirmed its first two cases of the new Omicron variant on Sunday.

The mutated variant has is causing fear around the world, but it is so far unclear how infectious it will be and whether vaccines will less effective against it.

Plank said New Zealand was in good position to deal with Omicron.

"We still have very strong border controls and testing systems so if and when this variant does arrive at our border hopefully we should be able to pick it up very quickly and respond, he said.

Cabinet will decide the country's traffic light settings today, though it has already been announced that Auckland will enter the system on Friday at red, and no region will go into the lowest setting, green.

Vaccination rates are a key factor for the rest of the country, with Prime Minister Jacinda Ardern saying regions where more than 90 percent of eligible people are double vaccinated would go to orange. Below that, they risked going into the more restrictive red.

Read more: Explained: What the traffic light system is and how it works

Auckland, Wellington and Canterbury are nearly there on 88 or 89 percent.

The government said at the start of the month it wanted all three Auckland's district health board areas to be 90 percent fully vaccinated before it moved to the traffic light system.

Auckland District Health Board has passed that threshold, at 92 percent, Waitematā is on 89 percent and Counties Manukau is at 86 percent.

Dr Jordan said it would be close whether it would make it by Friday.

It seemed unlikely the government would backtrack on its plan to move Auckland to red if Counties was just shy of the 90 percent rate.

Based on Ministry of Health weekend figures, district health boards still below 80 percent with active cases were Northland and Lakes

Elsewhere - with no recorded cases but with double dose rates lower than 80 percent - were Tairawhiti, Whanganui and West Coast.

Sitting around or just above 80 percent, and which may face moving into red initially, were the likes of Waikato, Taranaki, MidCentral, Hawkes Bay, Wairarapa and Nelson Marlborough.

Vaccination rates will be a key consideration when Cabinet meets later today, as stated by Ardern on 17 November: "You can make an assumption that if you're sitting underneath 90 that you'll be in consideration for red."

"We are going to be pragmatic about the decisions that we make, but that is a fair assumption to make at this point ... ultimately, though, we'll use the latest data that we have on 29 November to make those individual decisions," she said.

Whether the sudden and alarming emergence of Omicron would have any impact on Cabinet's decision for the transition on Friday was not yet clear, but it had already had immediate consequences for travellers from a number of African countries to New Zealand and other countries were now taking more drastic action at the border.

The longer-term focus for New Zealand would be on whether the timetable for gradually opening the border early next year was still feasible.

'We're pretty locked in on those two dates ... you never say absolutely never to anything when you're dealing with Covid, if we've got a vaccine resistant variant that started to rip around the world we may well find we have to change a whole lot of things, but the likelihood of that in the next couple of months, I would hope means that that's not going to happen.

"But, it's always a possibility ... barring something very unexpected and very, very bad, yes we want to go ahead with this," Hipkins said.