South Wairarapa locals are worried they could lose land they've bought and paid for when the government's Three Waters reforms kick in.

South Wairarapa locals are worried they could lose land they've bought and paid for when the government's Three Waters reforms kick in. 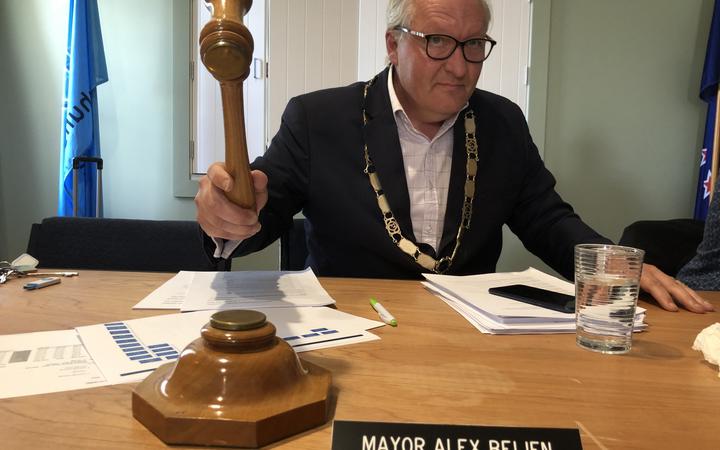 The land covers about 200 hectares and is worth millions of dollars.

While some of it is used for wastewater irrigation, the rest of it, bought in anticipation of increasing need, is leased out.

South Wairarapa Mayor Alex Beijen said more of the land may no longer be suited for purpose if water standards change.

However, he says the land itself is appreciating. He is concerned it will be considered a water-related asset and taken over as part of the water reforms, to the detriment of the local ratepayers who funded its purchase.

"It's very hard to revalue land in this environment where yesterday's value is different to today's value," Beijen said.

"Removing hundreds of millions of dollars worth of assets from our balance sheet, with a token amount in recognition for that, and especially when some of those assets may not be used for water, is a concern for every ratepayer.

"In each town, (Martinborough, Featherston, and Greytown) it is millions of dollars worth of land. It's not an insubstantial asset."

His concern was shared by the district's councillors.

Councillor Brenda West said assets paid for by local ratepayers should benefit those people, a view she believed would be shared by councils in other regions.

She wanted the government to be more transparent about the reforms to help councils plan for the transition.

"I don't believe that we're the only council in that particular position, I think if you asked all the other councils they'd have a pretty similar view," West said.

"Getting more information from government on the way forward would be great, so we can actually start planning and ensuring that our ratepayers are not impacted as much."

At its latest meeting, South Wairarapa councillors questioned whether the council would be in a better financial position if it sold the sites prior to the Three Waters implementation.

A Department of Internal Affairs spokesperson confirmed councils' water assets would transfer to the new water service entity, not to the central government.

However, it said councils will not be compensated for any transferred assets.

"The cost of any such compensation would ultimately have to be borne by ratepayers or taxpayers who funded them in the first place. New Zealanders would effectively be paying twice for the same assets."

The spokesperson says dual-purpose assets would be looked at before the reforms come into play in July 2024, with initial views indicating these assets could remain with councils with appropriate protections for water service in place.