Wellington's mayor said a community case in a construction worker working in the city is low risk as the man was working outdoors, but industry experts are calling for tighter testing standards.

In a statement, the Ministry of Health said a weak positive Covid-19 result was picked up as part of routine surveillance testing in Wellington last night.

This was for an essential worker from Auckland working in the city.

"The result could indicate a historical case or a case in the earlier stages of infection," the statement said.

HEB Construction has confirmed it was notified by Ministry of Health last night of a weak positive result in a worker in Wellington. He is not symptomatic and is double vaccinated.

Wellington Mayor Andy Foster said the man has fewer than 10 contacts, with the crew working outdoors on an inner suburb reservoir which which also lowered the risk.

He said while this case was not cause for undue alarm, he agreed Covid-19 would soon reach the city.

"It is going to happen, we are going to end up with a situation where Covid does arrive - we know that.

"It's just a matter of time and we've all got to keep on getting vaccinated, Wellingtonians have been absolutely spectacularly good at that."

Business Central Chief Executive Simon Arcus said the case was part of the "corona-coaster" - not unexpected but it would definitely raise anxiety levels.

"When you know it's delta, and you know how quickly delta [spreads], you do have a bit of trepidation.

"And I know that businesses particularly will be thinking, what does this mean for us?"

Arcus said it was an opportunity for people to make sure their systems were ship-shape.

"It's a really good opportunity for business to say, 'look, how prepared are we?' To double-check to make sure all the things are in place that perhaps we've got used to not doing so much, and just be ready to face it."

Arcus said businesses were calling for cheap, rapid saliva testing to be finally made widely available, and more surveillance testing.

That is seconded by the Building Industry Council chief executive Graham Burke.

He said the industry has been worried from the start about its potential to fuel a major outbreak.

"We have large sites where we have multiple people mingling in the same areas, and a lot of indoor work.

"We also have specialist trades that move from site to site, or are working in peoples' private homes and occupied buildings.

"We are more prone than most, and there is that potential to spread."

Burke said the Building Industry Council and others wrote to the government asking for it to mandate vaccination in the industry but has yet to receive a response.

Porirua doctor Bryan Betty, who is also head of the College of a GPs, told Midday Report they were notified this morning of the case.

Dr Betty said it was a matter of when not if Covid would reach Wellington but it reinforced the urgent need for vaccination and the clock was ticking. 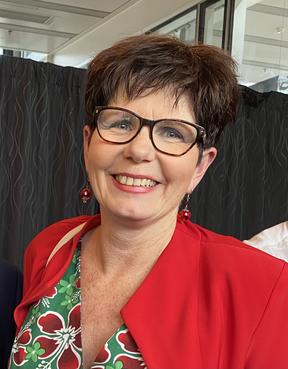 Porirua mayor Anita Baker told the programme she was very worried about the dangerously low vaccination rates in some areas, particularly Cannons Creek and Waitangirua, where coverage rates are in the low 60s.

She said disinformation is a big factor behind vaccine reluctance in some communities.

"We've had lots of people say: 'Put the spoon test up to me, you're going to put magnets in me'.

"The other thing is: 'Jacinda [Ardern] is not telling me what to do'. Now Jacinda is advising people [to get vaccinated], but it's not that she's telling you. You do it for yourself and your family."

She said she saw a large queue for testing yesterday and both the testing stations and vaccination clinics were working well.

Baker said health authorities are holding a big vaccine push tomorrow in Waitangirua, where coverage rates are in the low 60s.

"I'm really pleading with people to get on board and get vaccinated."