Te Tairāwhiti is racing to speed up its lagging vaccination rates as Covid-19 cases spread across the motu. 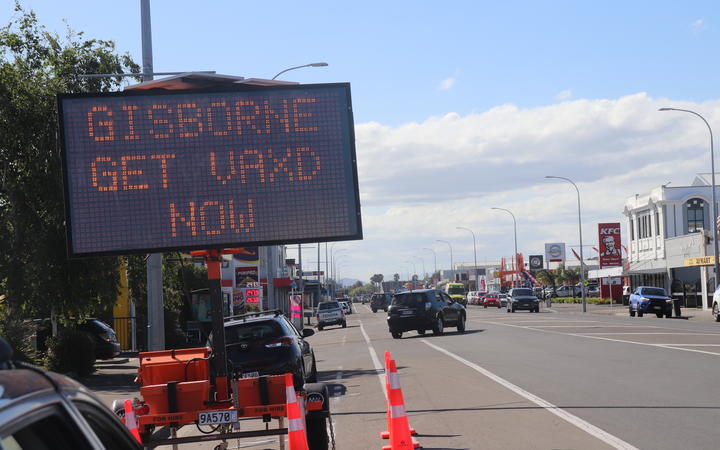 The region has climbed up a spot to the second lowest first dose vaccination rate in the country, and today the Prime Minister was in the rohe to try and boost numbers.

The region's big summer drawcard, Rhythm and Vines, hangs in the balance if it can not hit 90 percent - and health teams are doing all they can to get everyone across the line.

Turanga Health chief executive Reweti Ropiha is one of those people.

"We're going into parks and reserves, right in the neighbourhoods, we're generating the phone conversations or the door-knocking, we're going to the fish and chip shops that are there in the neighbourhoods to get alongside, the laundry shops, all those sort of spaces that are relevant in those communities - asking for their trust and confidence, to come alongside us and then connect."

His team has some brand new gear to help out, including horse floats and coffee carts transformed into vaccination stations.

And they were having tough conversations with the community.

"I think we're hitting two spaces of an audience - we're hitting an audience who are not going to get vaccinated no matter what messaging we give. And there's another audience - it's typical Gisborne nuances or Tairāwhiti nuances like she'll be right sort of thing, [or] 'it's not here', I don't need to worry about it' - so having those courageous conversations."

Prime Minister Jacinda Ardern was there to catch a glimpse of all the hard mahi on the ground, as the clock ticks down to Auckland's border opening for the summer season. 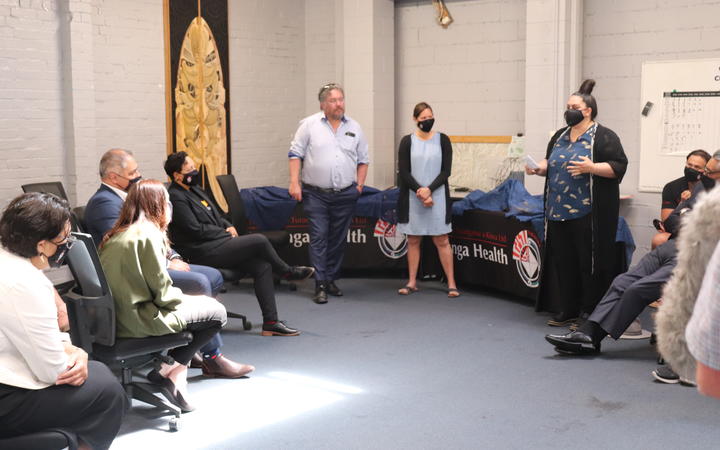 "I know here in this region, there are big events over the summer that they are wanting to host,'' she said.

"Two things that will be important there - first, we are providing support for some of those big events to be able to hang on a little longer before they have to make decisions around the go ahead. But secondly, we see huge effort here on the ground, driving vaccinations so it can be possible and I believe Tairāwhiti can do it."

Doing hard mahi in the suburb of Kaiti today was Ngāti Porou Hauora. 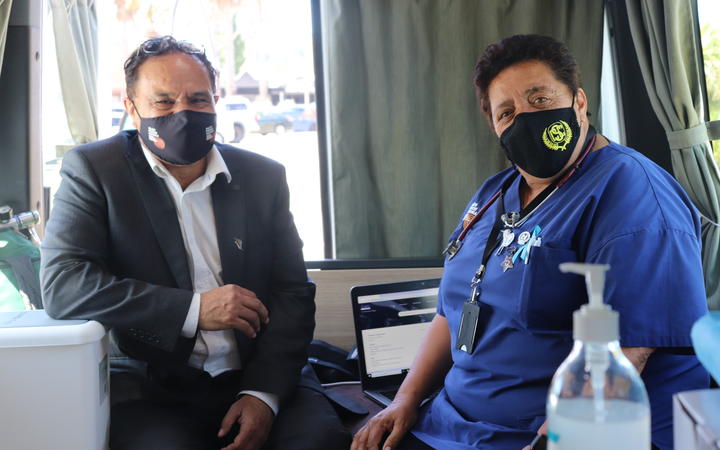 "The van's mobile, and we're going into the communities, into those areas where people are hesitant, we're doing mail drops the day before... we're sending them texts to say 'look, the van's in your area tomorrow, and we're also a doing a bit of door knocking to try and get people to come out - it's a little bit of an event in the area - that's on top of our normal static clinics that we're running every day."

Ardern said she hoped these mobile units could be used in the future for those in remote communities with chronic illness such as breast screening, bowel treatment and cancer.

"This will be infrastructure that will help us close some of the dire disparity that we have currently in our health outcomes.

While the Prime Minister was there, a small but vocal group of protesters spoke to Mr Reedy.

He gave them all details about the vaccine's safety.

"I'm just trying to illustrate to them that the vaccine's no different to perhaps the flu vaccine, we get them to reduce the risk if we do get sick. I'm a person of science, we try and use all the available information, just trying to explain to them that's the foundation upon which we're working with our whānau to get them vaccinated."

Local man Terrence Hollis could not see why the Rhythm and Vines should not get the go ahead, regardless of vaccination rates.

"Well all the sports and that's been still happening, so I don't know why the R&V won't be going."

Kim Pittar of Muir's Bookshop said the arrival of Aucklanders may change the way people think in the region.

"With [Aucklanders], quite possibly does come Covid, which will make us quite worried, because we've all been quite insular here and quite unafraid of it because it hasn't really been a concern. But yeah, then it will become a concern and I would say there's quite a few customers who will stay at home, just hunker down for the summer."

But she said Rhythm and Vines did not change much for her business.

A campaign called Tu Mai Tairāwhiti has just started, to get those final people over the line.

There are give-aways galore, one of the most notable being a free ute, and electronic road signs plastered all over Gisborne saying the likes of "protect your whānau" to make sure Tairāwhiti will be in line for a safe summer.