The loss of international visitors to West Coast glacier towns has caused job cuts, businesses to close and people to leave, but further up the Coast, the picture is a bit rosier. 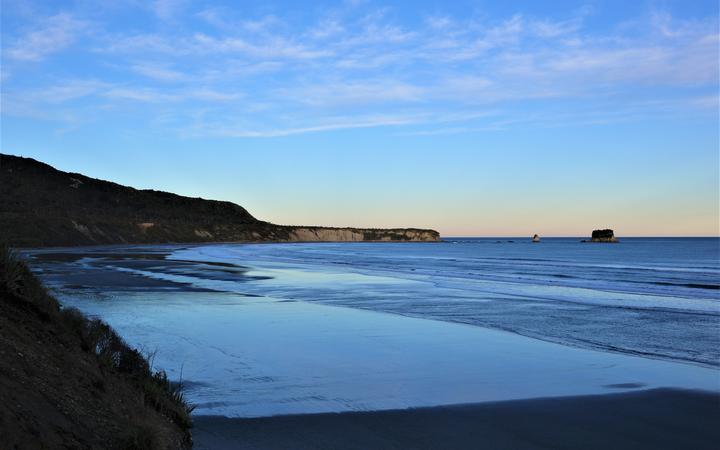 MarketView figures showed visitors to the Buller District brought in $43 million for the year ending September - up from $36 million on the year before.

Visitor dollars were also up about 15 percent to $21.1 million for Westport and from $5m to $7.2m for Reefton.

In comparison, visitor spend dropped from $108 million to $53 million for Westland during the same period.

"I don't know if that's due to Covid or not, or the word's just gotten out that Reefton's a choice spot to come and hang out. It's affordable for families for a weekend away, and it's central to a lot of cool places," Topp said.

Word of mouth and repeat customers were making a big difference to his rafting business.

"Since Covid hit, the multi-days have really taken off. That was always a domestic client intel and then our clients have supported us and usually someone comes on a trip and then they come back to do a different river," Topp said.

A short drive from Westport on Cape Foulwind, Lee Forsman from the Omau Settlers Lodge is heartened by the support from New Zealanders.

"It has been surprisingly better than I ever thought would be possible... I think it's because we're small. We've only got eight rooms. We're a little bit more niche than a lot of other people so having 21 rooms would be a bit of a bugger at this time of the year."

He was relieved the support has been so consistent.

"We had a lot of returns from regular customers or Kiwis that travelled generally in July-August. The fact of the matter is probably half of the people who came back after the initial lockdown were returnees."

Down the road from Hokitika at Lake Mahinapua, West Coast Scenic Waterways offers eco-cruises, kayak and bike hire, and accommodation.

Its co-owner, Cindy Hopper, said their business almost doubled last summer while the country was in alert level 1 but they were still missing their Auckland visitors.

"People were definitely back in their backyard wanting to do the trails and that was a big growth curve last year. But this season's different because Auckland's lockdown so it's probably resulted in up to 60 percent cancellations because a huge part of our demographic comes out of that region."

Despite this, summer was looking promising.

"At this point, we're pretty much full for March already and our peak season, we've been turning away for months already so we expect a very good season if things go according to plan," Hopper said.

"South Westland and glacier country has really suffered but that's really about the reduction in international visitors. The domestic visitors have actually increased across the board across the West Coast.

"It's just more obvious in towns that didn't traditionally have that international market."

He was still unsure what the summer would bring.

"My concern is what is going to happen over summer. This summer will be crunch [time] for a lot of businesses so we hope that we get the borders open around the country and we hope that New Zealanders can continue to support our tourism businesses over the summer."

West Coast businesses were counting on a busy summer and hopefully plenty of Aucklanders in town.