The Waihopai surveillance domes are to be decommissioned and removed after more than 30 years of service.

The Government Communications Security Bureau (GCSB) says the technology at the station near Blenheim is now virtually obsolete.

In the past year less than 0.5 percent of percent of intelligence reports GCSB produced were based on the interception of satellite communications by Waihopai, it said, and funding can be more usefully invested in other intelligence capabilities.

The first of the two 18m diameter dishes and radomes are expected to be removed next year but the Waihopai Station will continue to operate and support the Bureau's national security activities.

GCSB Director-General Andrew Hampton said he had discussed the dropping of the satellite interception mission with Five Eyes counterparts.

Minister Responsible for the GCSB Andrew Little said the nature of telecommunications had changed.

There's a lot of other data processing and other intelligence work that happens at the base, so that will continue, but the physical structures will be removed.

The domes had become a feature of the landscape, he said. "You've got a brand of wine, Spy Valley wines, named after it." 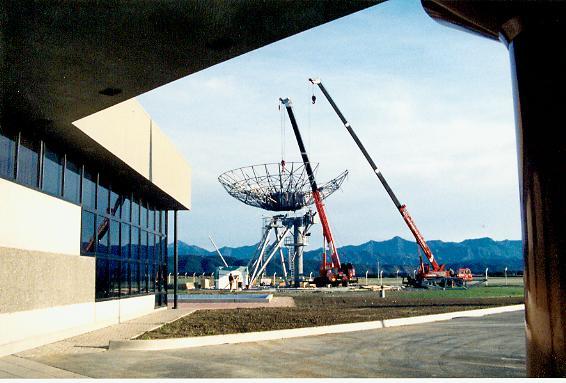 The station has attracted protest action with activists breaking in and deflating one of the domes in 2008. They were charged with causing intentional damage but later eventually acquitted.