The Crown has dropped its civil lawsuit against protesters who damaged the Government Communications Security Bureau listening station at Waihopai in Marlborough.

The three men were acquitted of causing intentional damage during a protest at the spy site in 2008. The Crown then filed a lawsuit for damages against them worth $1.2 million. 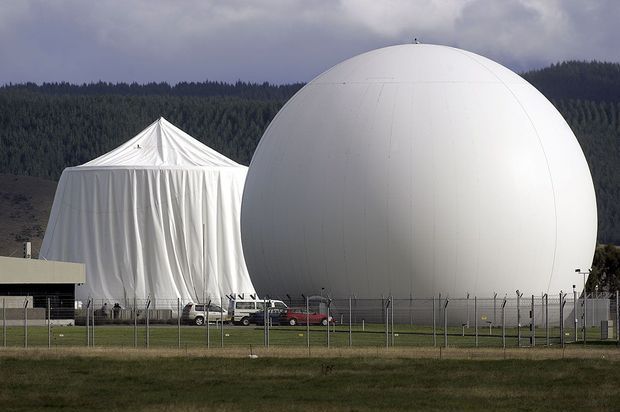 Damage to one of the domes at the Waihopai defence area satellite spy station. Photo: PHOTO NZ / Tim Cuff

Adrian Leason, Father Peter Murnane and Sam Land were acquitted of causing intentional damage during a protest at the site.

The men entered the grounds of the station and deflated the dome covering two antennae, claiming it was helping what the United States called the War on Terror.

Although acquitted, they were found liable for damages to the base by the High Court and the Court of Appeal.

The trio won't have to pay any of the court costs incurred in two failed hearings and have always said they did not have enough money to pay damages sought against them.

On Wednesday, Attorney-General Chris Finlayson said the Crown stopped pursuing the court action as there was little chance that any money would be recovered.

"The Crown, as a matter of principle, took proceedings against these fellows and the principle was established in the Court of Appeal - that was on issues of liability with issues of quantum being reserved for a later date. On the face of it, it would seem a pretty hopeless exercise to pursue people who haven't got a few farthings to rub together through to bankruptcy."

Adrian Leason said the Crown has given them no indication of what the attempt to claim damages has cost, although his calculations suggest it may be about $250,000.

Mr Leason is happy the Crown had dropped the case, but is not ruling out further action against the base.

"I'm really delighted. I'm absolutely thrilled to see Christopher Finlayson taking some sound advice from his staff, and we're pleased to accept an end to these proceedings."

The Green Party believes the Crown was being vindictive going after the men for money and says the whole legal action that has been going on since 2010 has been a waste of taxpayers' money.