Some people are still out of their homes a year on from the Napier flood, with no sign of returning anytime soon. 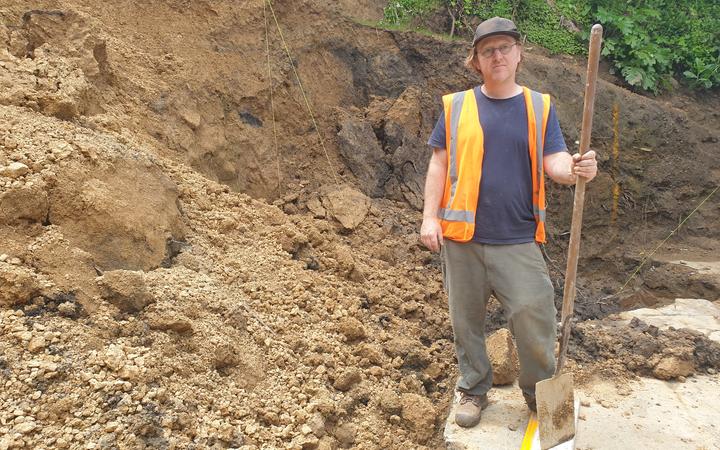 Constant rain over the last two weeks has set back work at Freeman White's home, a year after the floods. Photo: RNZ / Tom Kitchin

A year ago today, a weather bomb ripped through the city, leaving floodwaters all over city streets.

Napier City Council data shows 589 properties were damaged, with 115 left uninhabitable and 173 people having to evacuate from their home.

With a pot in hand, Bluff Hill resident Freeman White was still dealing with rainwater yesterday, albeit more recent rainfall.

He nearly died last year, after a landslide hurtled towards the back of his home.

But recent showers of rain set him back.

"We were ready to actually start building this massive retaining wall tomorrow, but we had about two weeks of pretty consistent rain, so we've had a bit of a collapse here, nothing major, nothing compared to what it was last year."

He was nowhere near ready to head back to his home. The work on the house itself had not properly started.

"I get people all the time, you know if I'm in the supermarket or wherever, walking down the street, people expecting that insurance paid for everything and we're back in our house now and it's fine a year later. Well I'm afraid not, it's just not that simple and it's not really a happy story yet - it is going to be because I'm not going to give up on it."

His family had moved back to the suburb, in a nearby house, having lived in several properties since the flood.

On the other side of Mataruahou or Napier Hill, Paul Matthews' backyard has only become messier since last year.

He had to cut trees down that were an imminent risk.

"I've paid to have all those trees dropped, but I had to have them dropped on top of my mess, so now I've got seven or eight large trees on top of my landslip."

Progress was slowly being made, even if part of that was the house being deemed a write-off.

He thought the process might take five to 10 years.

He was renting a house in the city, while spending time at his own home most nights after work and at weekends.

"I'm committed to the fact that I have to get on and clean up and stabilise the land I don't know about rebuilding just yet, I don't even know how much I'm in for yet."

Napier Mayor Kirsten Wise remembered the pressures of last year all too well.

"As a first term mayor, declaring a state of emergency just after 12 months of being in the role isn't something that's high on your bucket list, I would have to say." 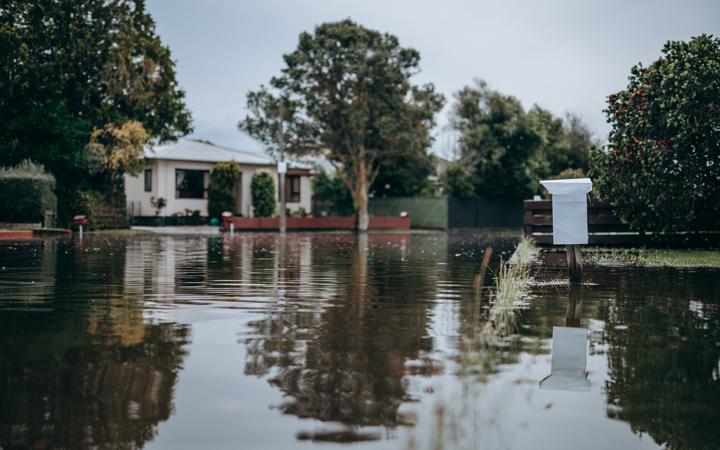 Just over a week ago, there was a blast of heavy rain and thunderstorms which filled her with trepidation.

"When we do get a big dump of rain, it's only natural that our community and particularly those who were significantly impacted are going to be very concerned and quite anxious."

The Napier City Council planned to spend more than $40 million to upgrade the stormwater system.

But Wise feared the three water reforms from central government would upend that.

"That is the real concern that we have here in Napier, and particularly because the central government model that they have put on the table actually has a fraction of the investment planned in our three waters compared to our own plan that we have."

The council also wanted residents to keep a watchful eye on matters at their own homes. It was asking residents to clear gutters and drains when intense rain was forecast.

Longer term, it would encourage a move away from designs that use impermeable surfaces like concrete.

Some city buildings and infrastructure are still closed after the flood.

Two of the walkway steps on Napier Hill remain shut, and a further one has limited access.

Centennial Hall, an event centre, remained closed and was getting a new floor. Wise said it was expected to open late this year or early next year.

Two people remained under Ministry of Business, Innovation and Employment temporary accommodation, and were due to move out or return home by the end of the month.

One household was still in a portable cabin and the other was at staying at Shoreline Motel on Marine Parade.