Te Tai Tokerau has to deliver another 16,000 first doses to get to 90 percent - more than any other region in the country. 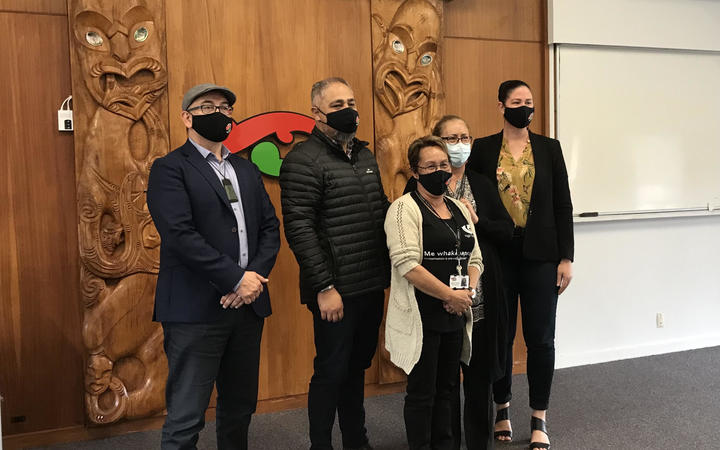 One in five people are still unvaccinated in Northland and there are now 10 active cases in the region.

Ōtangarei was the first stop - it is in the bottom five least vaccinated suburbs in the country, according to Ministry of Health weekly data.

Less than two-thirds of people have had a jab there, but Te Hau Āwhiowhio ō Ōtangarei Trust kaiwhakahaere Janine Kaipo (Ngāpuhi, Tainui) said the outbreaks in Northland were changing minds.

"Covid's not down in some other city, it's actually in our cities and it's in our homes, so I think, it just got real."

Nikita Whare (Ngāpuhi) was back for her second shot.

She was originally lured by the promise of supermarket vouchers.

"That was why we went that day, it was because someone stopped and told us... It's like $50 cash, really." 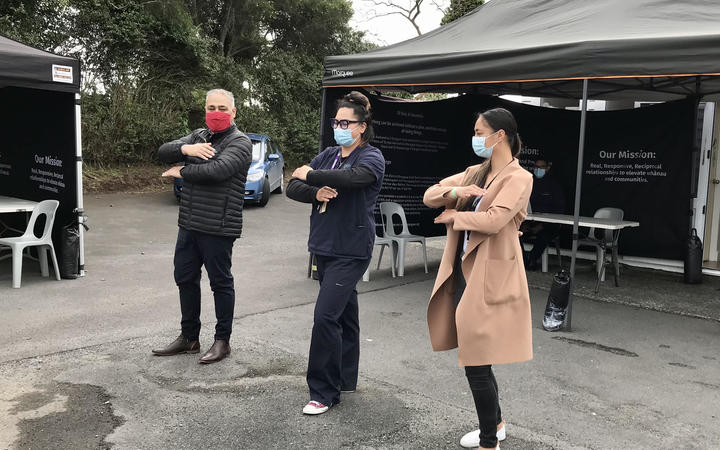 But he said he had hōhā moments with slow financial support and piecemeal distribution through the pandemic.

"The system underneath you hasn't been as flexible and robust to get from the negotiating table to the front line."

Henare acknowledged the frustrations and said the alert level 3 boundary line separating off most of the Far North could also have been better thought out.

"I apologise for some of the confusion that has happened with the border. It's easy for someone in Wellington to say: 'I know, you go from this bridge, and you cut the Hokianga in half and it'll be sweet'.'"

He then met with Te Hau Ora O Ngāpuhi, who are helping Covid-19-infected people and those who have been at locations of interest to isolate at home.

"We had a four-wheel-drive come in with a whānau on the Super Saturday, four in the vehicle, they go out, and then there was another two carloads that came and they had the same surname.

"So obviously, they send the experimental ones through first - they go home and go 'I'm all right and I'm fine, nothing's happened to me' - and then the rest of the whānau."

Te Rōpu Poa said moments like that were what Te Tai Tokerau needed to get to 90 percent.